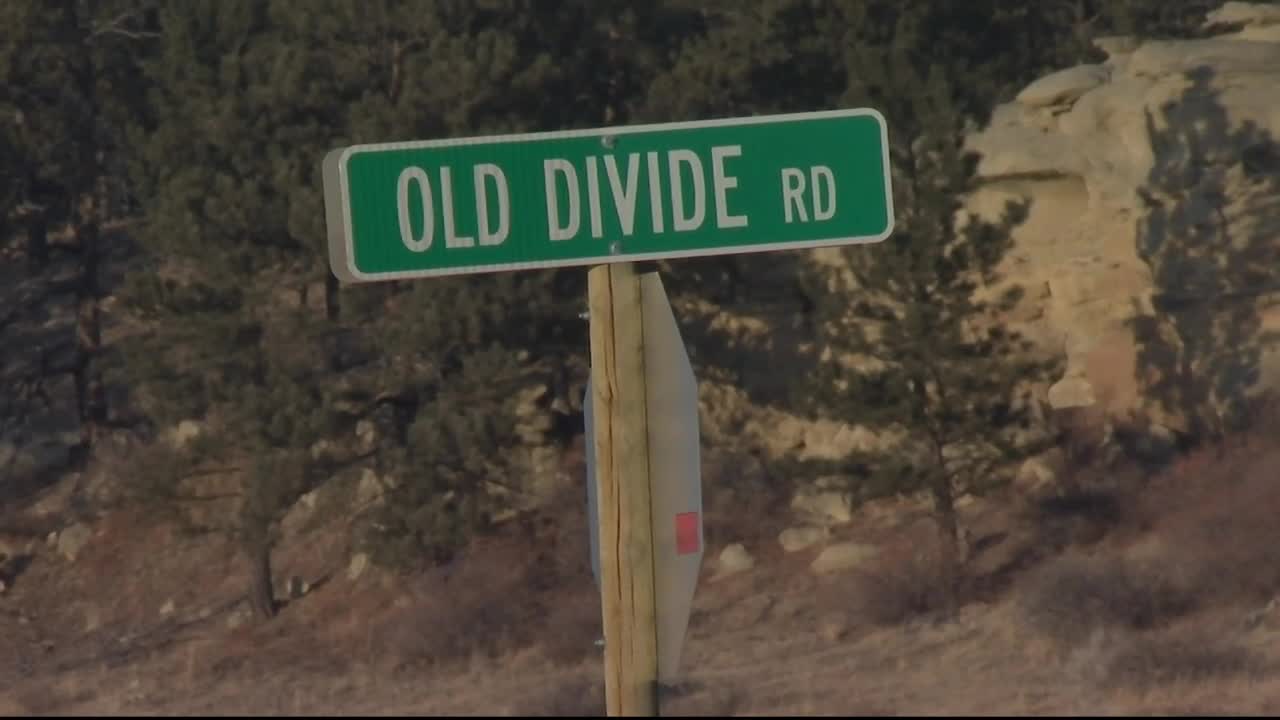 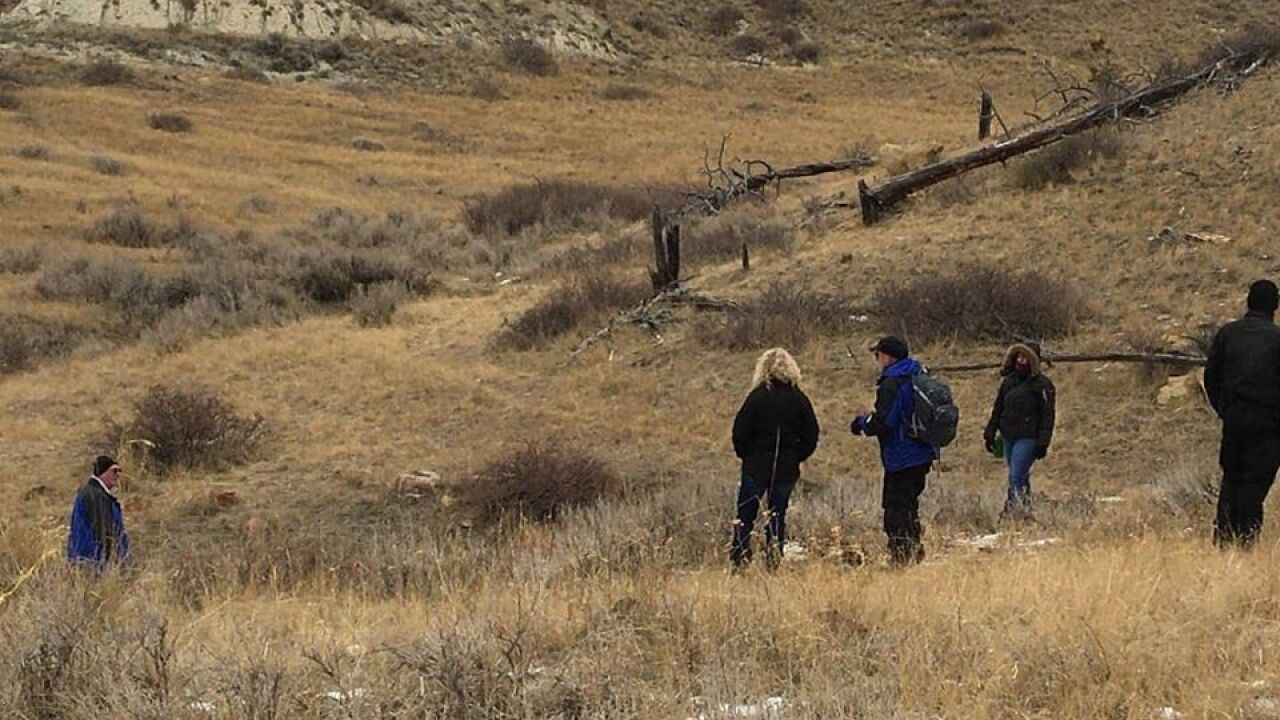 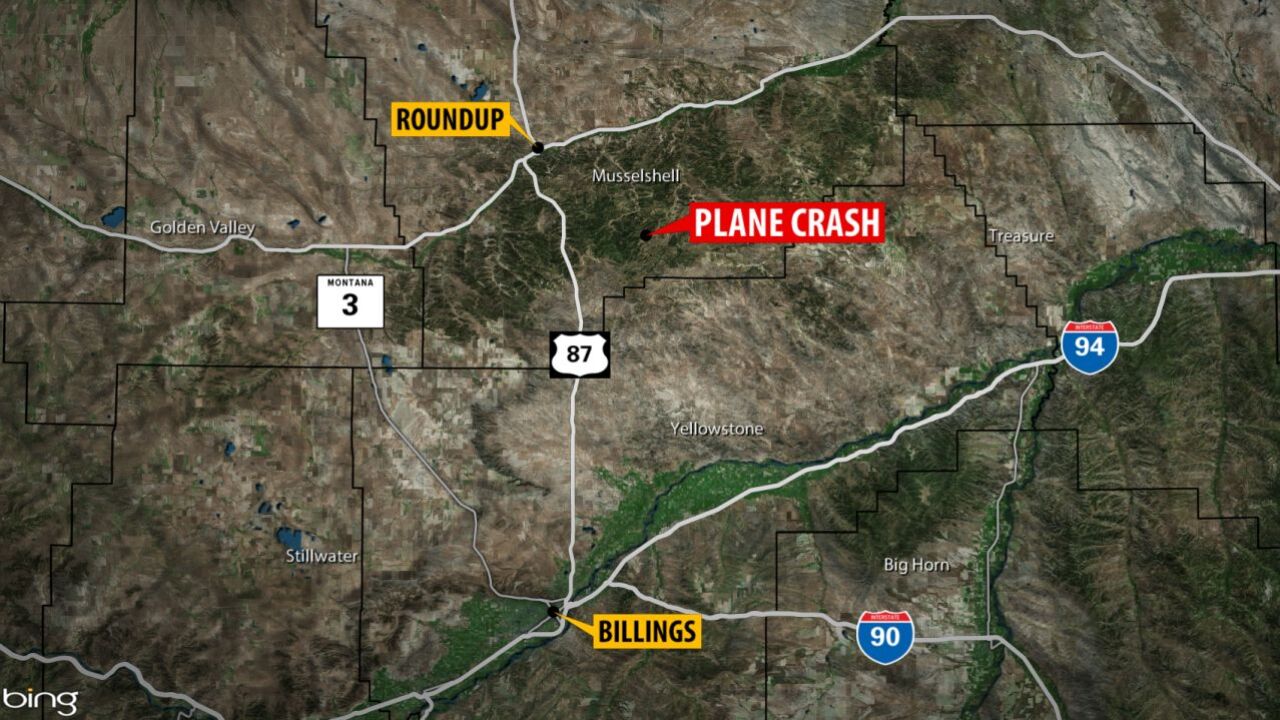 BILLINGS — A single-engine Cessna 182 crashed about 25 miles north of Billings around 6 p.m. Saturday night, taking the lives of four people riding in the aircraft, according to Yellowstone County Sheriff Mike Linder.

"A preliminary visual inspection of the crash scene shows evidence that the plane likely clipped a guy wire of a radio tower at the top of Dunn Mountain," Linder said in a Sunday night release.

At 3:10 a.m. Sunday, an initial alert came in stating the aircraft was missing, according to the Federal Avation Administration.

On Sunday morning, Yellowstone County Sheriff Mike Linder went up in a helicopter piloted by Al Blain of Billings Flying Service to look for the crash.

The pair located the crash site near the bottom of a slope on the west face of Dunn Mountain.

They landed and found no survivors.

Linder said the site can be seen from Highway 87 North.

Yellowstone County Sheriff's and the Shepherd Fire Department sent crews on foot Sunday to get to the crash site from the area of Old Divide Road, about 30 miles north of Billings off Highway 87.

Search crews found the crash site around 10 a.m. Sunday in a ravine on the west face of Dunn Mountain.

Four bodies were recovered around 4:30 p.m. Sunday and were transported to the morgue in Billings.

Linder said autopsies will be done on Monday to make a positive identification on the crash victims.

The Federal Aviation Administration will investigate the aircraft's maintenance record, the weather at the time of the crash and interview any possible witnesses.

Representatives with the National Transportation Safety Board and the Federal Aviation Administration will head to the crash site to investigate Monday, Linder said.