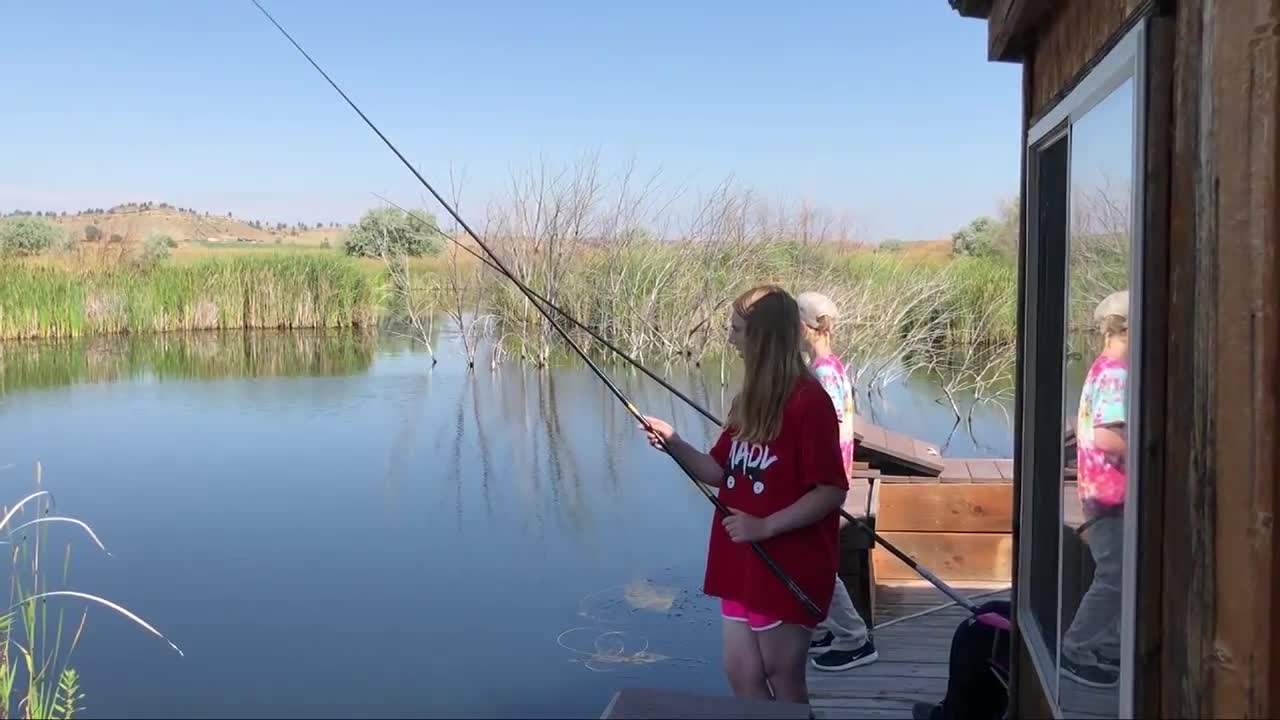 SHEPHERD — It doesn’t take a lot of luck to reel one in here at Fish Fry lake. It’s filled with a variety of hungry fish, such as large mouth bass, northern yellow perch, blue gill, black crappie, catfish and others.

“We are trying to understand how to clean nutrients that would otherwise become algae out of the water,” says Kania.

Fish Fry Lake was once covered in thick, stinky algae--- fed by a ditch rich in nutrients from fertilizer runoff. Today it looks much different.

“We have learned that if we can propagate those nutrients into fish and then harvest the fish at high levels, it’s a terrific way to remove the nutrients that would otherwise become harmful algae bloom here in the lake,” Kania says.

Kania credits the synthetic floating islands that his company makes for helping clean up the once algae-clogged lake. Thousands of the islands have now been launched around the world- some small, and others nearly the size of a football field.

The floating islands, made from recycled materials, act as filter and improve water quality. The roots from plants inserted onto them reach into the water and take up nutrients while creating a healthy food source for fish.

“It’s taken us about seven or eight years to get from there to here. In fact, we harvest about six to eight thousand fish a year from Fish Fry Lake in order to clean it up. The lake is six and a half acres. Roughly a thousand fish an acre,” says Kania.

Much of the fish harvested from the lake is made into dog treats.

Kania thinks there’s a lot that can be learned at Fish Fry Lake that can be applied to other places dealing with algae problems and improve the environment.

“We can do this naturally. Nature is on our side. In fact, if we are willing to work with nature, we can fix our water again. We can have it back,” says Kania.
Floating Island International has now launched around 9,000 of the man-made islands all around the world.