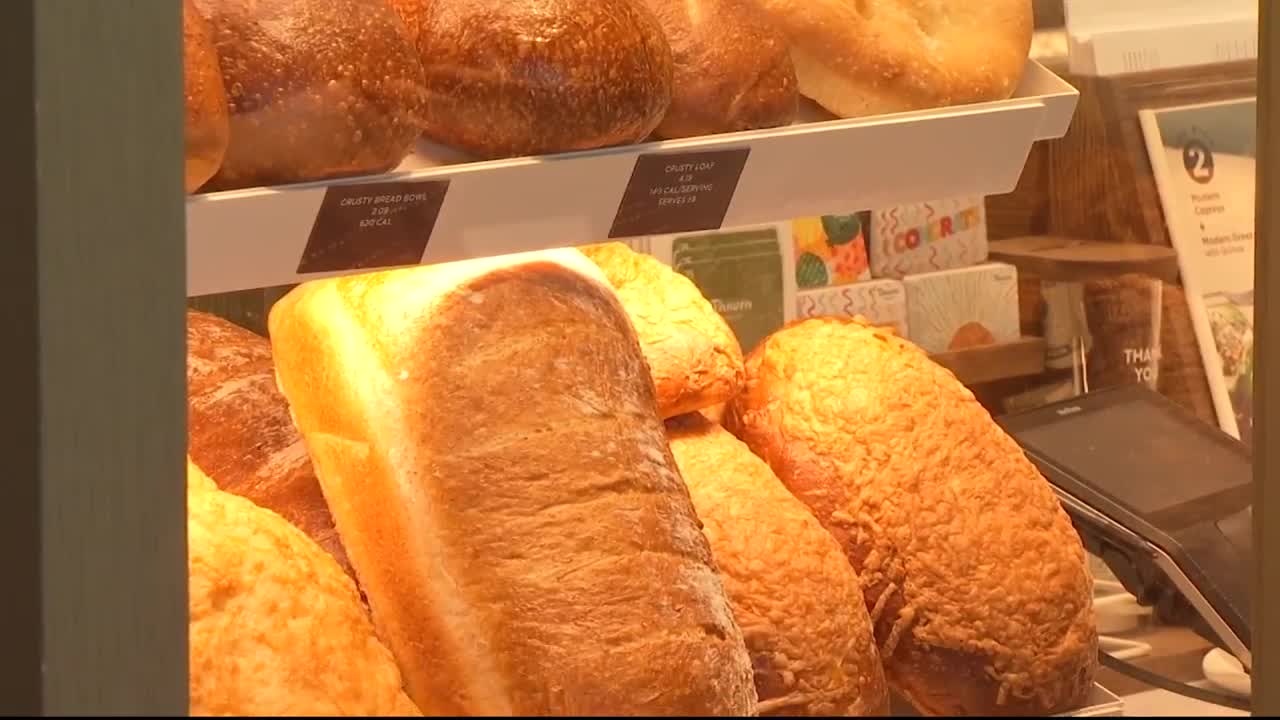 Pat Ryan and his brother Casey own the Billings Panera and the location in Kalispell.

“My brother and I, we kind of grew up in the industry," said Pat Ryan. "We’ve been following Panera for a long time. We’ve always admired them. We first started talking to them about four or five years ago. We opened our Kalispell cafe about a year and a half ago, and here we are in Billings today.”

The Panera Bread franchise operates nationwide and opened its 2,000th store in 2016, according to its web site.

The Billings location has a newly constructed building with 4,800 square feet and employs 75 people.

"We brought corporate trainers in town and brought people from our Kalispell cafe to train our new employees," Ryan said.

Business was booming on the restaurant's first day of operation.

Ryan described Panera Bread's food as a cross between quick and convenient and great quality. The broccoli cheddar soup is his favorite.

What sets Panera apart in Ryan's mind is the fresh-baked goods.

“We’re baking every single day. Twenty-four hours a day, we’ve got somebody baking fresh product. I think that sets us apart from a quality perspective. Panera as a brand is committed to clean food. It really is food that is good for you. We really have something for everybody," Ryan said.