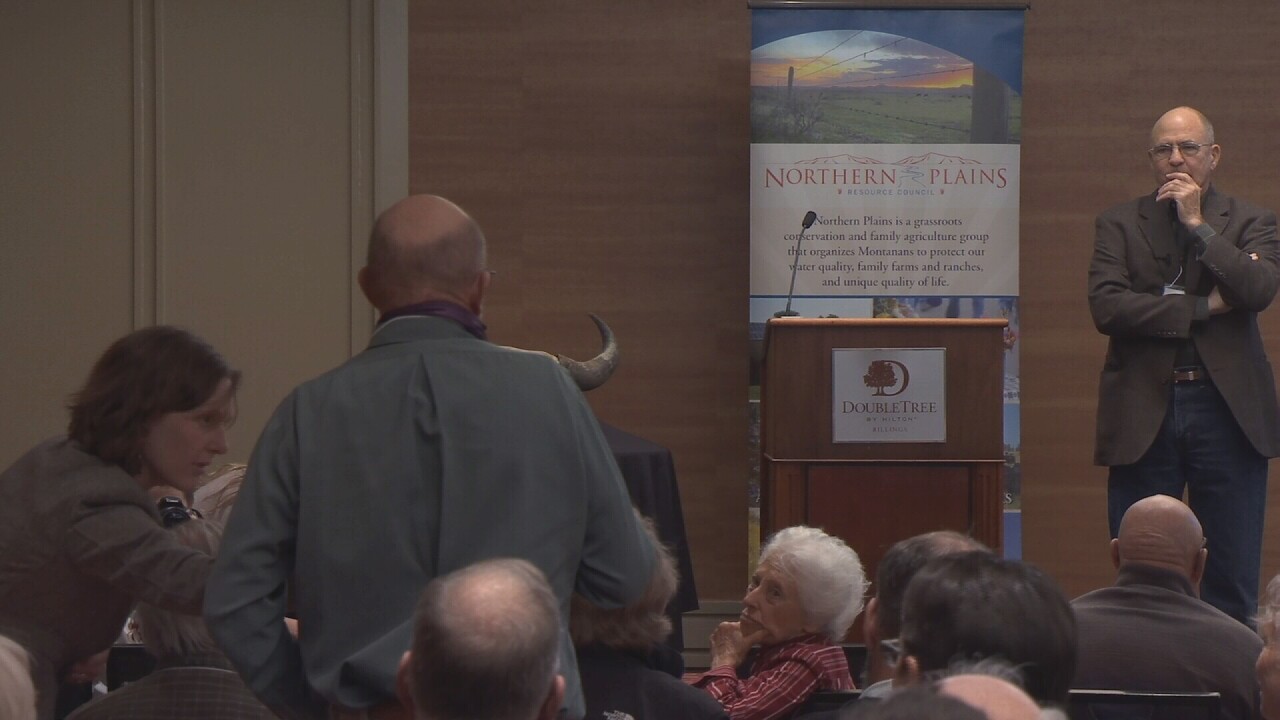 BILLINGS — Consumers pay more for beef while ranchers make less according to a speaker at the Northern Plains Resource Council annual meeting, held Saturday at the Double Tree Hotel.

According to rancher Mike Callicrate, the 1929 Packers and Stockyards Act was supposed to protect ranchers, but has not been enforced.

Callicrate said it is not a fair market and the rancher has not received a fair price for cattle.

He also said Country of Origin Labeling rules allow imported meat to be labeled with USA.

He said concentration in the market place makes for much lower prices than what should be delivered in a competitive market.

"That calf is bringing less yet all our other bills have gone up,” said Jeanie Alderson, Birney rancher and Northern Plains chair. “So for some of the smaller ranches, it means doing something else. It means going deeper into debt. It means getting out of the business."

“The consumer gets no benefit of the economies of scale and efficiencies,” Callicrate said. “Their prices continue to go higher and higher at the same time as the producer share of what those consumers are paying has continued to decline. The producer is losing a thousand dollars of his share of the consumer dollar compared to 1970."

Callicrate also said a concept called a public market would create more competition and fairer prices for ranchers and consumers.