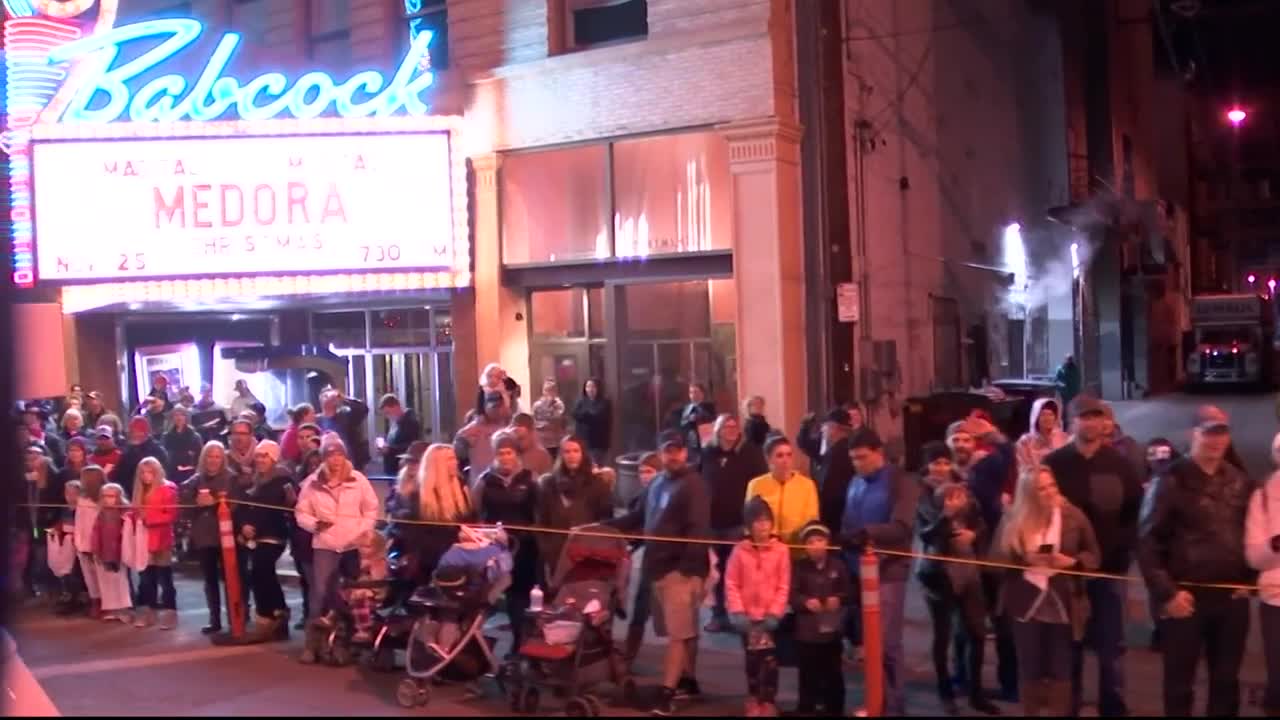 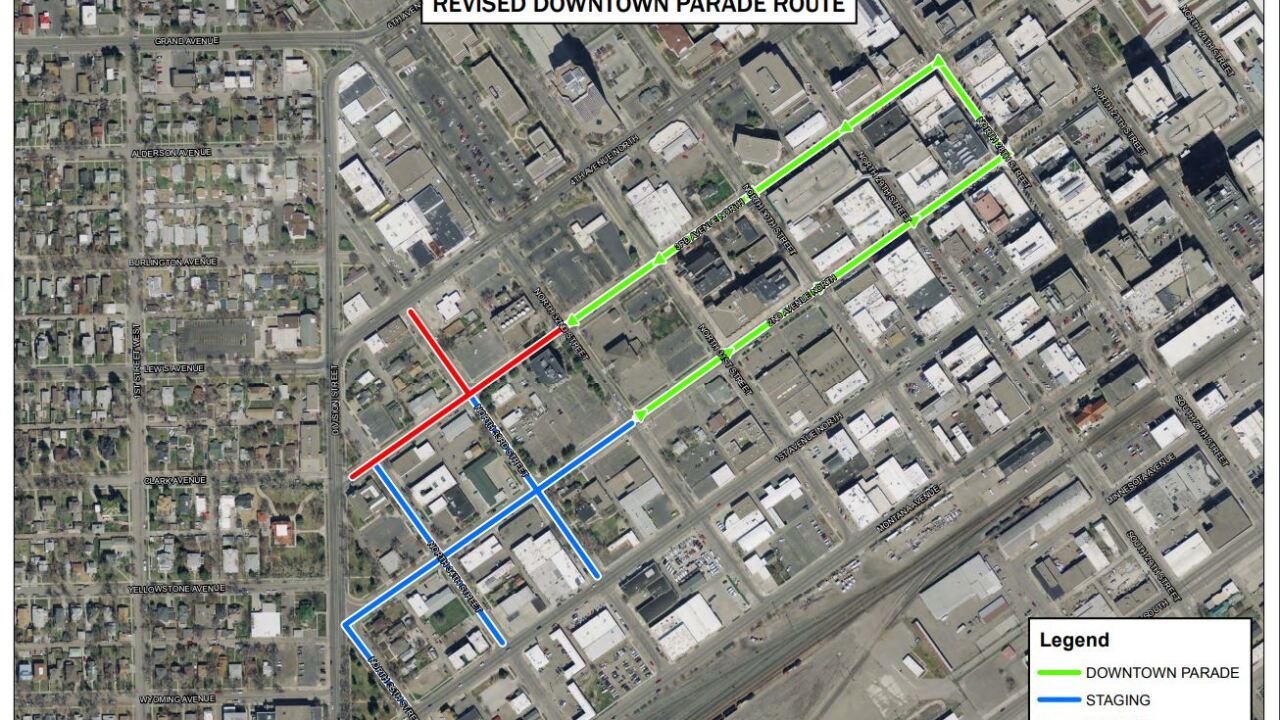 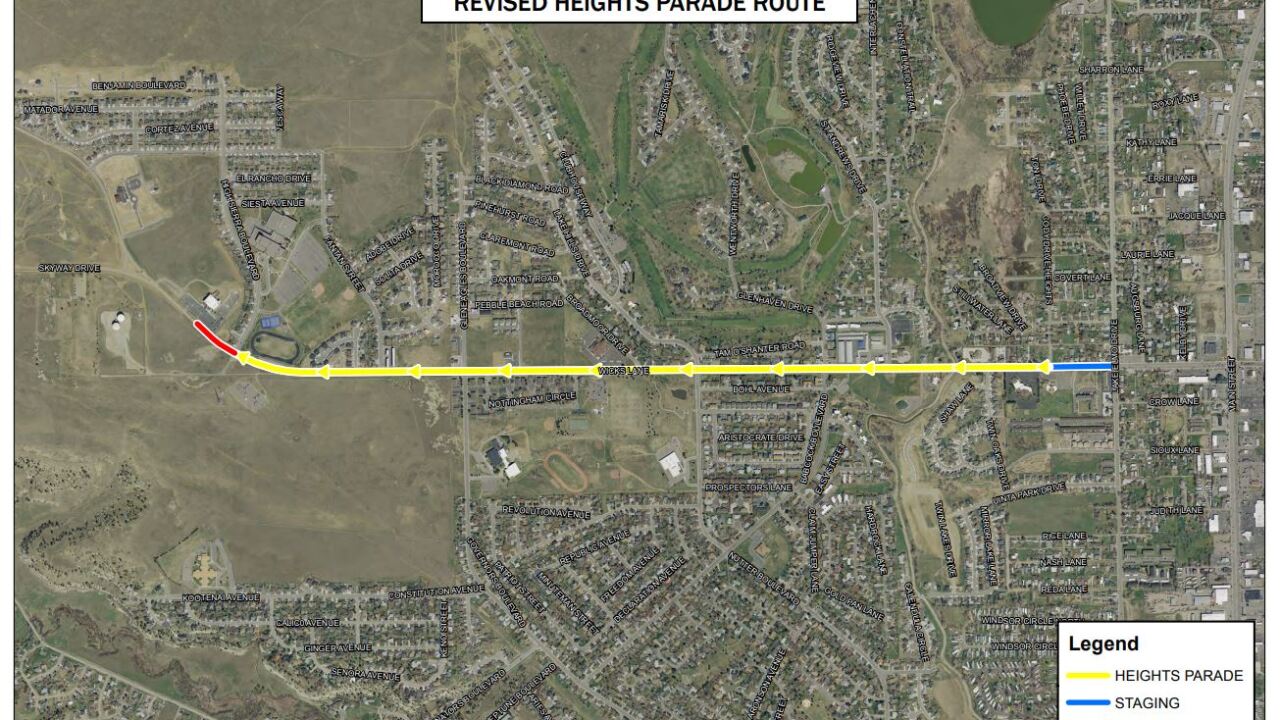 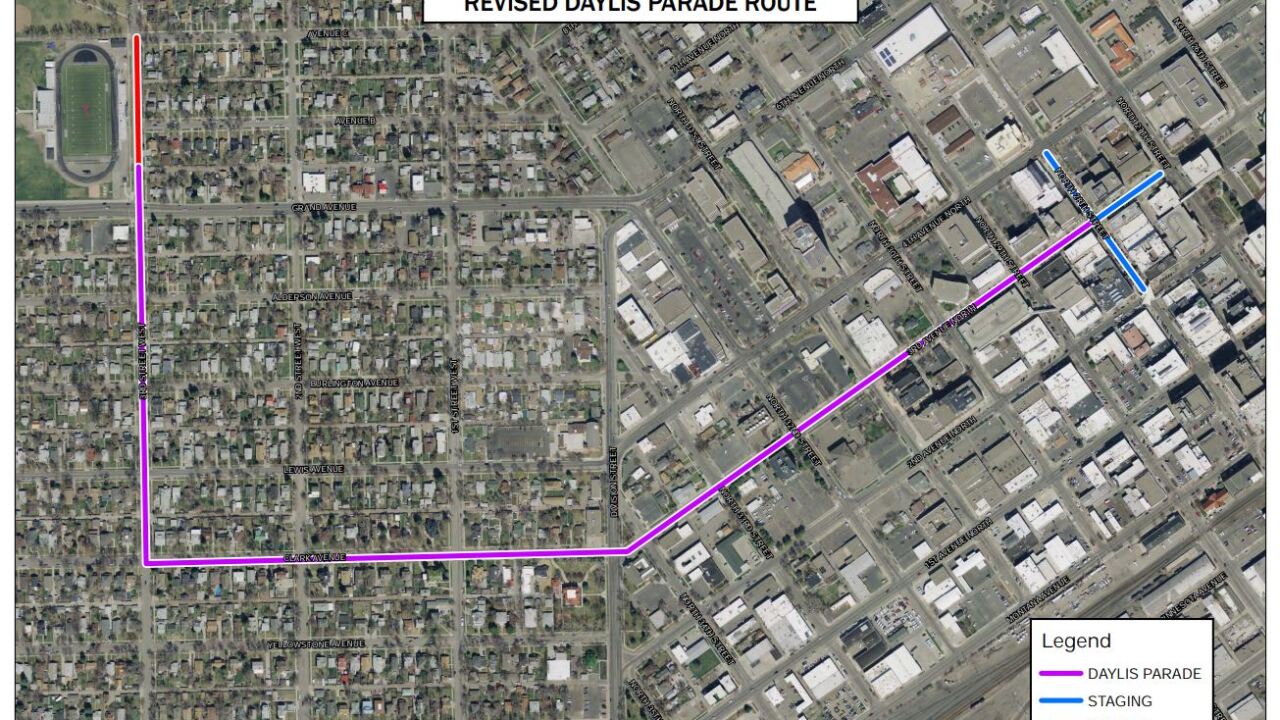 “We looked at how to change these routes to make easier access to parking and better circulation," Meling said.

The downtown parade route had the most changes and is the most used of the three routes.

The downtown route was changed so that the parade will never come into contact with North 27th Street, a highly-trafficked Billings thoroughfare.

“North 27th is closed for every parade, and it really doesn’t need to be if we can stay on the west side. It makes it easier for people to get to the parades, park, and just general circulation in the city," said Meling.

The new downtown route aims to alleviate congestion around the downtown Met Transit Downtown Transfer Station at 220 N. 25th St. And will hopefully make it easier to leave downtown after the parade is finished, Meling said.

The downtown route will also go under Skypoint on the corner of Broadway and Second Avenue North.

The Daylis route was only changed to stage on the west side of North 27th Street, instead of the east.

This is the first time the Billings parade routes have been modified since their creation in 1988, Meling said.

The first parade to take advantage of the new route is the St. Patrick's Day parade scheduled for March 14.