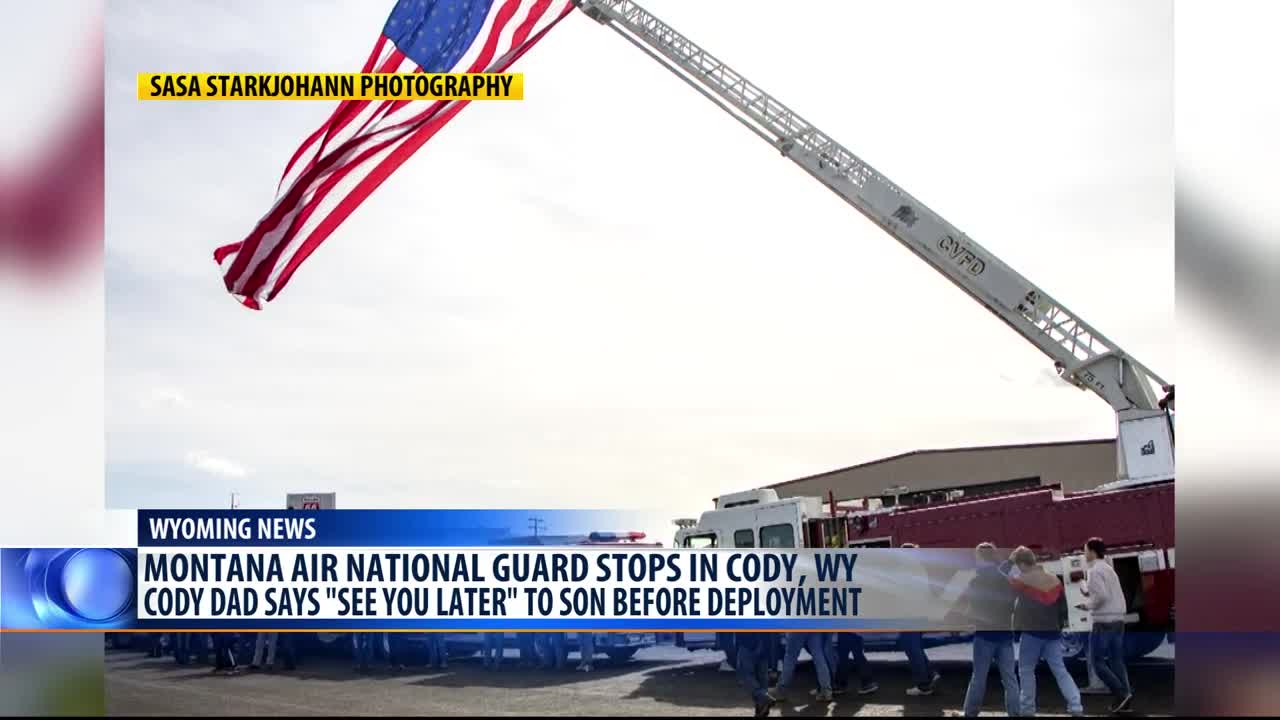 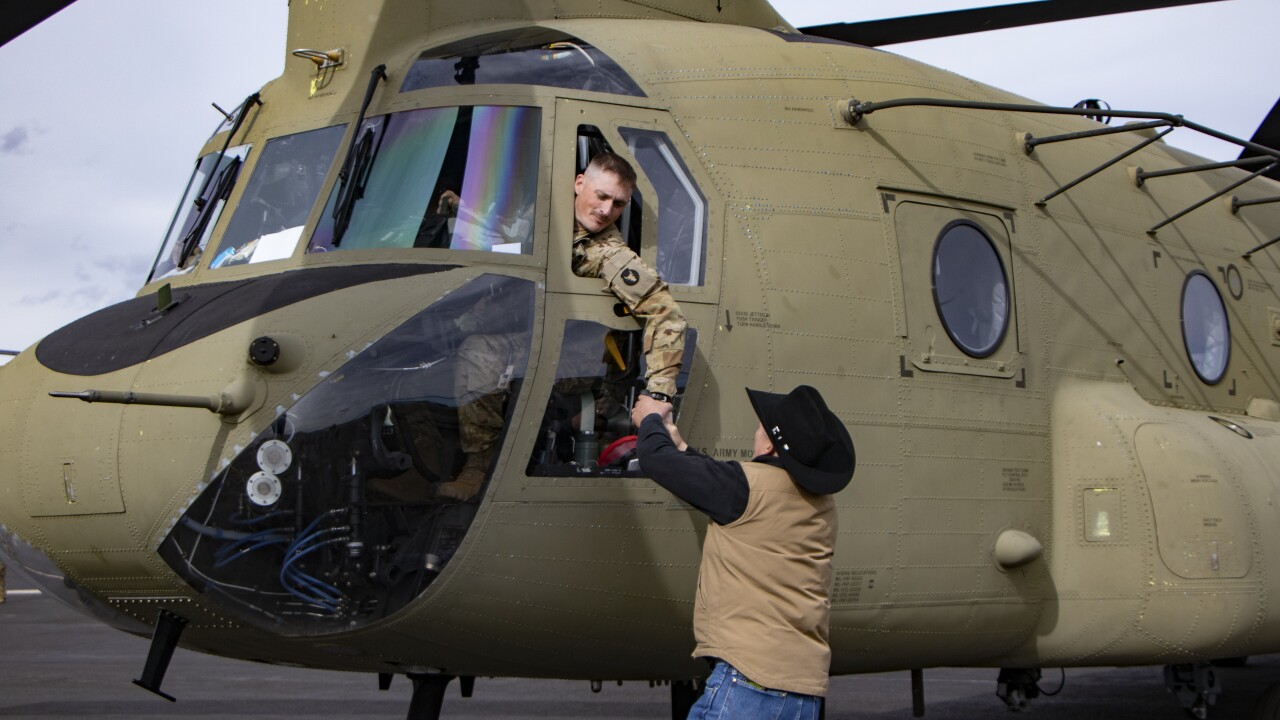 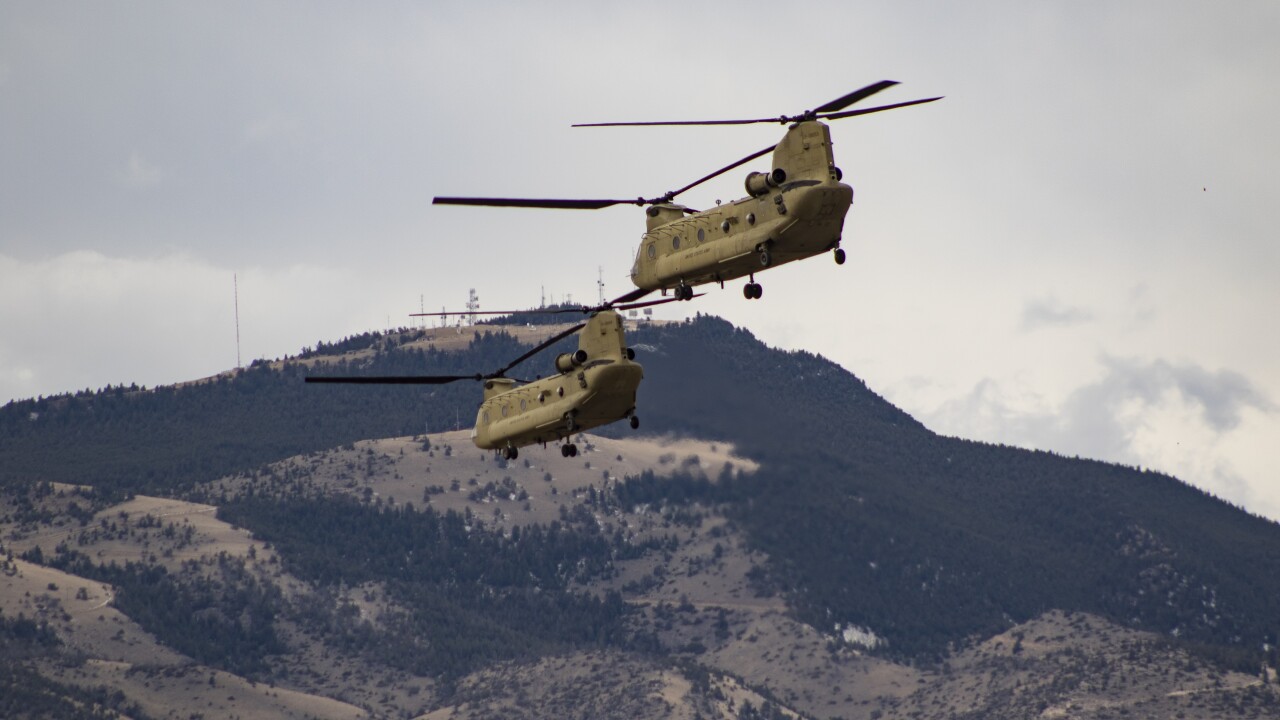 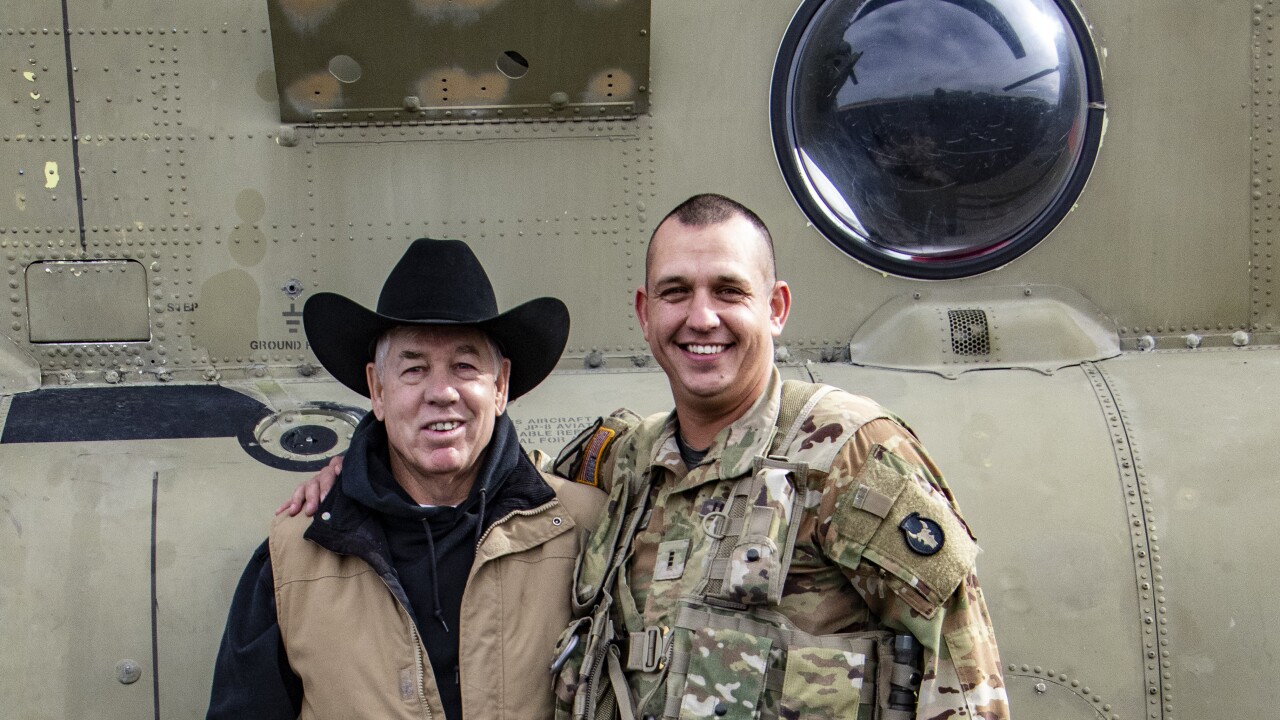 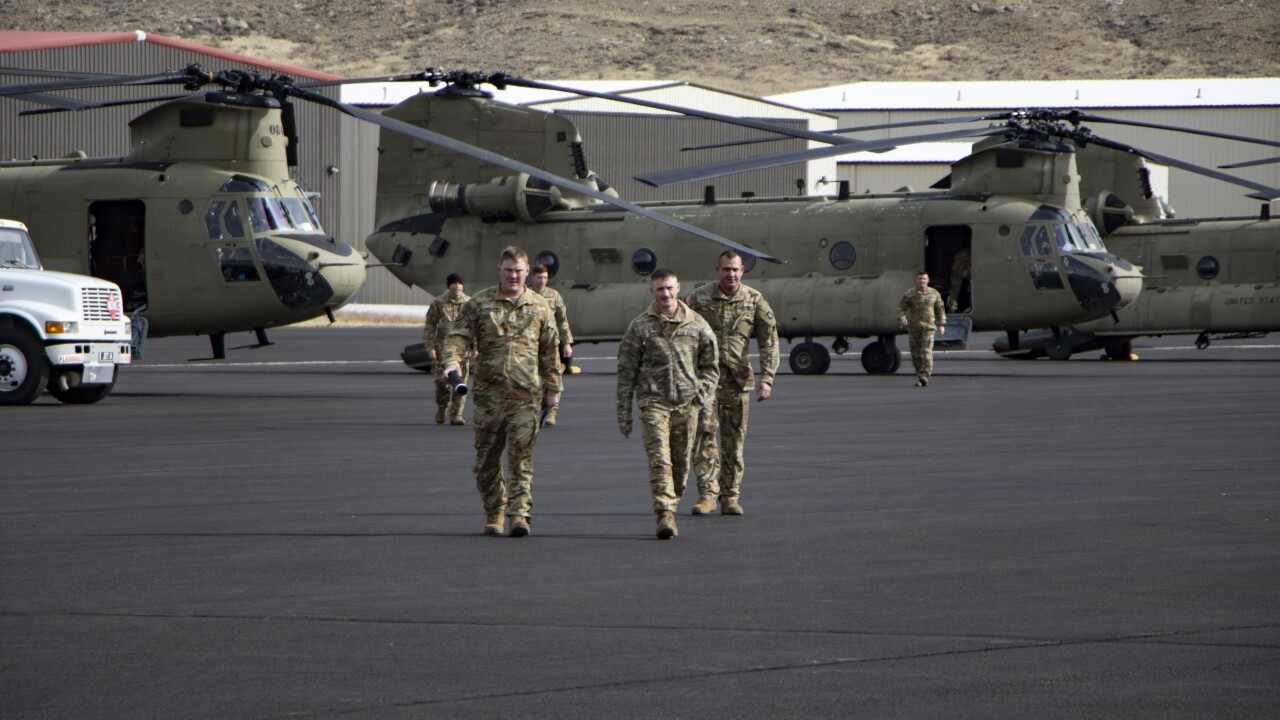 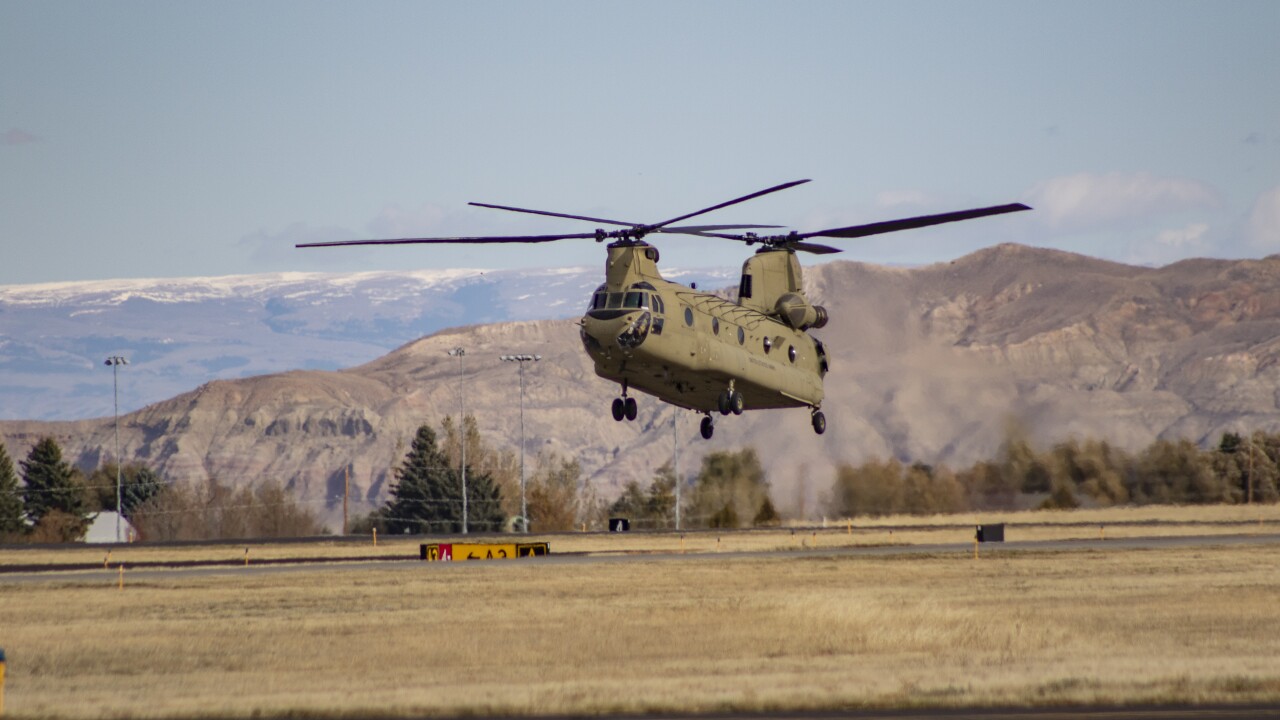 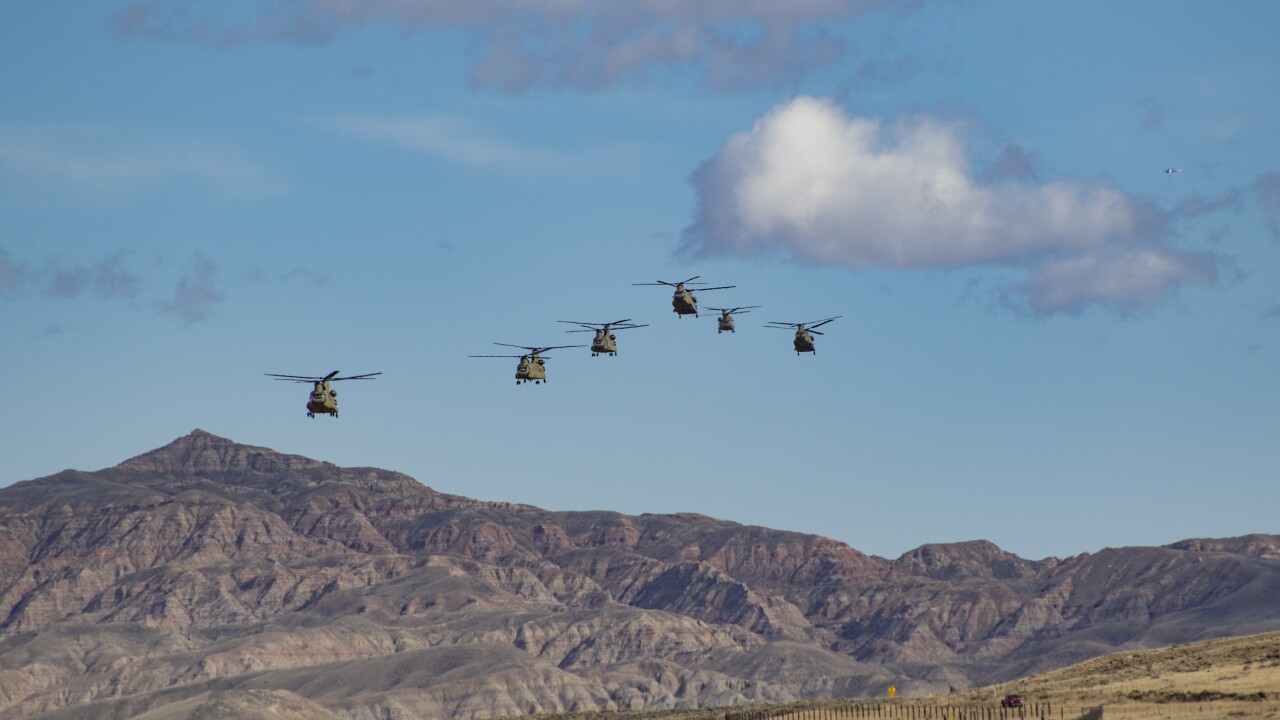 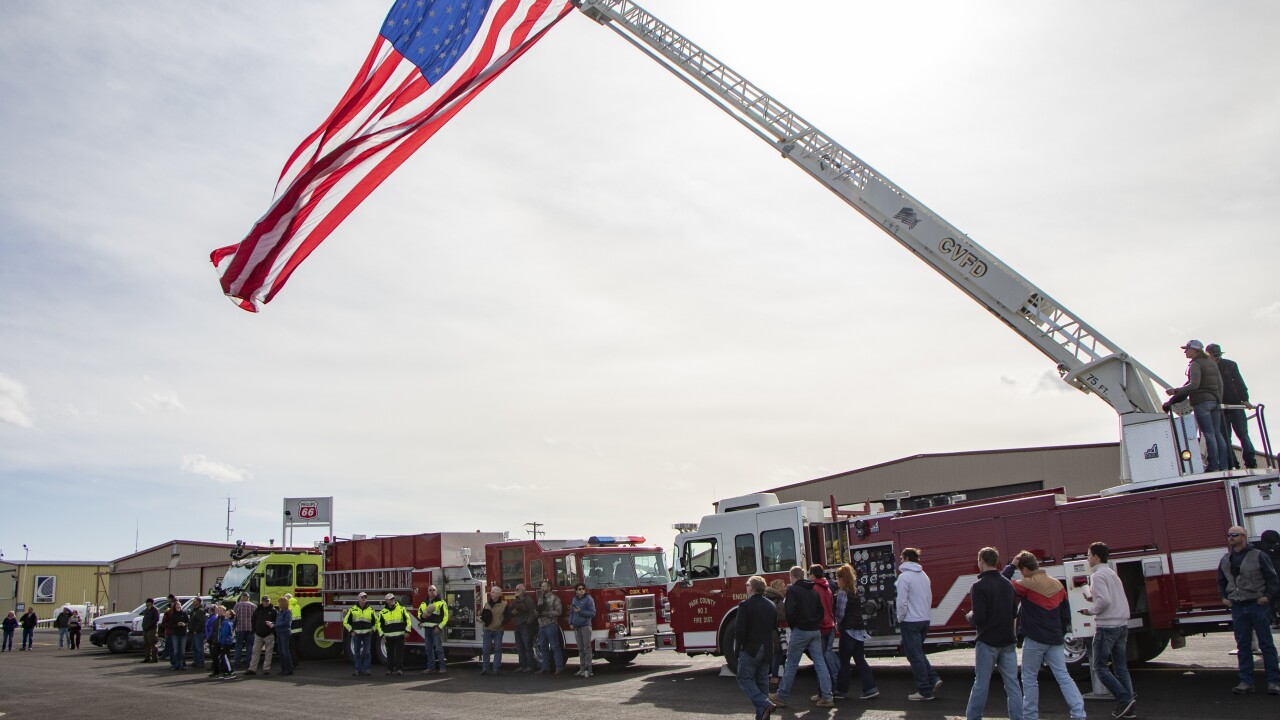 In a Facebook post the Park County Sheriff's stated six Chinook helicopters stopped in Cody on their way to Missoula.

First responders from Park County lined the runway to welcome the airmen to Cody.

"To honor these brave men and women, Park County first responders formed up at the airport to welcome them and wish them well in their continued service to our country," the Park County Sheriff's post stated.

One of the pilots was Cody native Chief Warrant Officer III J. D. Nose. His father Del Nose was on the ground waiting to give him a hug.

Photographer Sasa Starkjohann was there to capture the touching moment.

After Missoula the airmen will head to Texas for several weeks of training before deployment overseas.