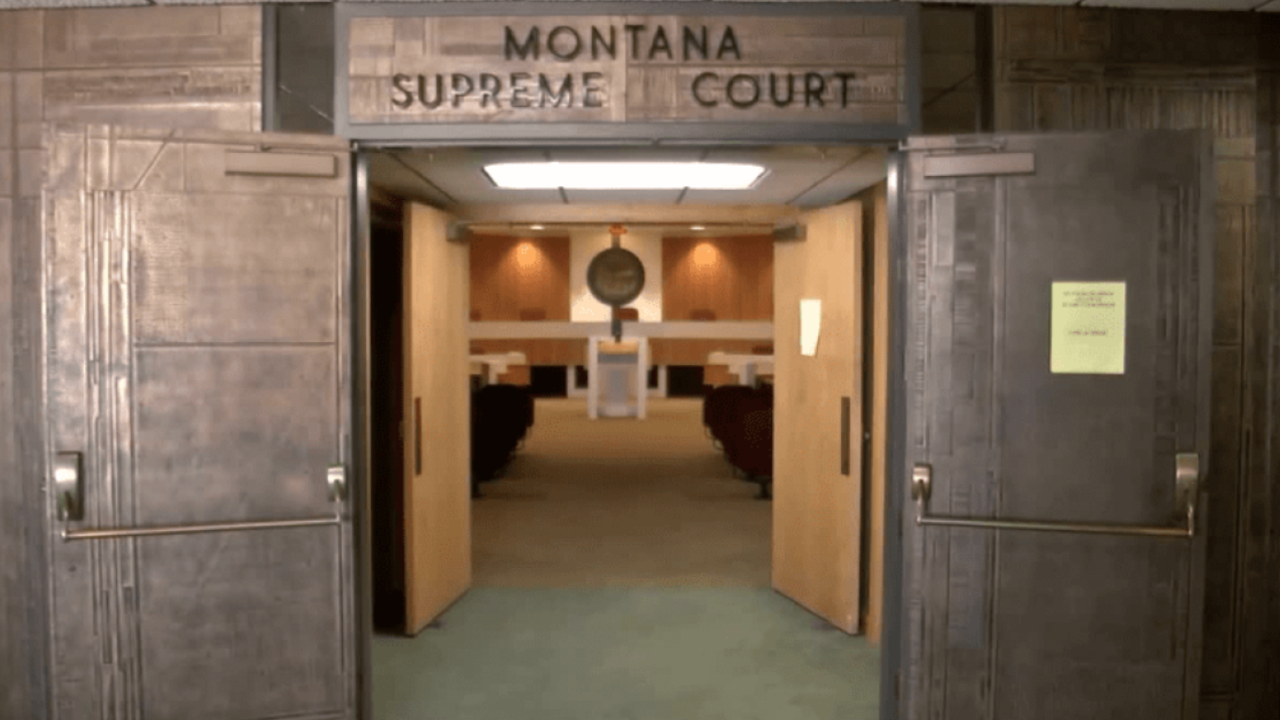 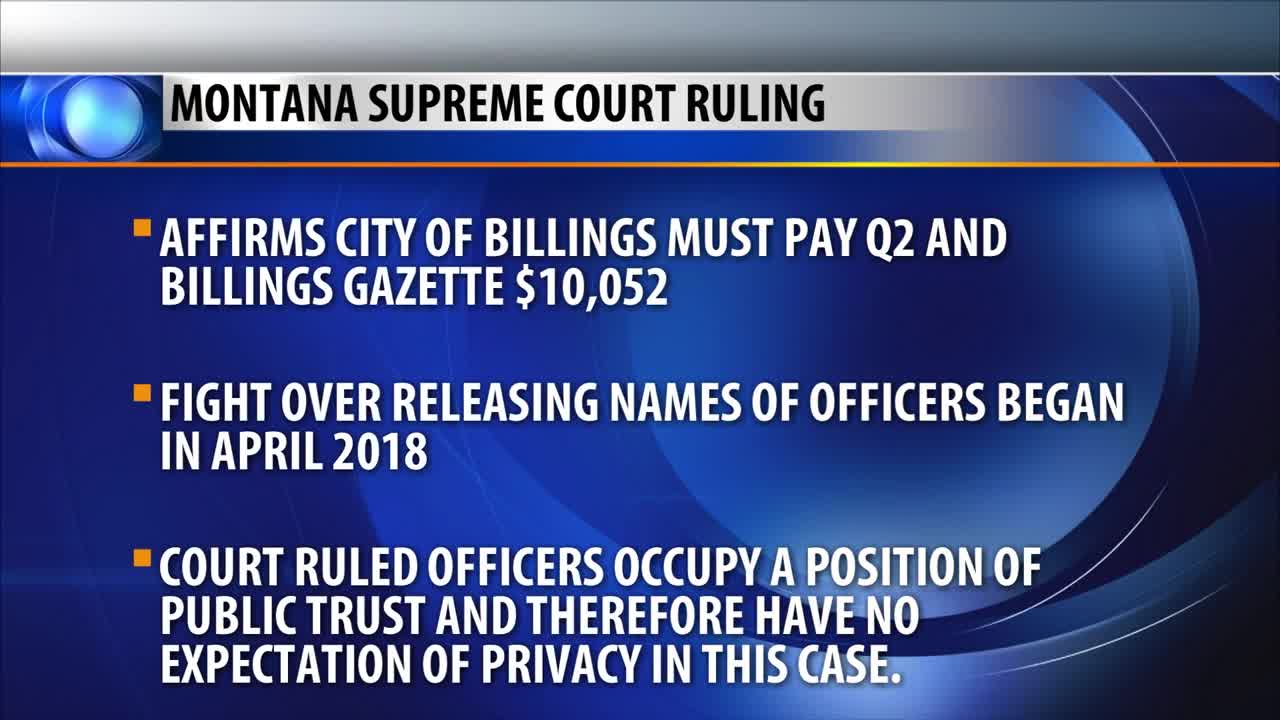 BILLINGS - A ruling from the Montana Supreme Court affirms the City of Billings must pay the attorneys' fees and court costs for The Billings Gazette and KTVQ after the news organizations sued to reveal the names of three disciplined police officers.

The officers were disciplined for having sex with a clerk while on duty or on city property.

Yellowstone County District Court initially ruled on the fees in December 2018 and the following month ordered the city to pay The Gazette and KTVQ a total of $10,052.

The city then appealed the ruling to the Supreme Court, arguing that Yellowstone County District Court Judge Donald Harris had made errors in his ruling and that the city never refused to disclose the police officers' identities.

The Supreme Court disagreed, and in its Tuesday ruling said "under all the circumstances, we cannot conclude that the District Court abused its discretion in making a statutory award of fees."

The ruling pointed out that the District Court "relied heavily on well-established law regarding a law enforcement officers' diminished expectation of privacy in matter involving the officers' conduct."

It upheld Harris' judgement and ordered the city to pay the $10,052.70. The Gazette and KTVQ did not seek the additional court costs and attorneys fees it spent in defending their position on the city's appeal to the Supreme Court.

"I'm gratified that the court spread the cost of this litigation to the public," said Martha Sheehy, the Billings attorney who represented The Gazette and KTVQ.

Sheehy added that the two news organizations "were forced into this litigation and pursued it in order to protect the public's right to know."

The fight over releasing the names of Billings police officers Paul LaMantia, Matthew Edwards and Clint Anglin began in April 2018, after The Gazette learned that Billings police leaders had disciplined the three officers, two for having sex with a clerk while on duty and the other for having sex with the clerk while off duty but on city property.

The Gazette and Q2 argued, and the court ruled, that the officers occupy a position of public trust and therefore have no expectation of privacy in this case.

Each of the three officers had sex with the same clerk in separate incidents between 2013 and 2016. The conduct was discovered during an unrelated investigation into drug thefts from the police evidence locker.

When confronted by a supervisor early in 2018, the officers admitted they had sex with evidence technician Rawlyn Strizich, who was fired after confessing to stealing oxycodone pills and other prescription painkillers, Billings Police Chief Rich St. John said at the time.

St. John along with the city's attorney Brent Brooks agreed to release the documents related to the officers' disciplinary actions and their names after The Gazette's and KTVQ's request.

It was at that point the three officers sued for a temporary restraining order against the city to keep their names private. The judge faulted the city for not pushing back on the restraining order and delaying the "prompt disclosure of the officers' names and records."

During a hearing in May of 2018, Harris threw out the restraining order and ordered the release of the officers' names, giving them 48 hours to appeal his ruling before their names would be made public.

Rather than appeal, the officers voluntarily released their own names, LaMantia through a morning radio show and Edwards and Anglin through their attorneys.