Lanes expected to reopen within the hour 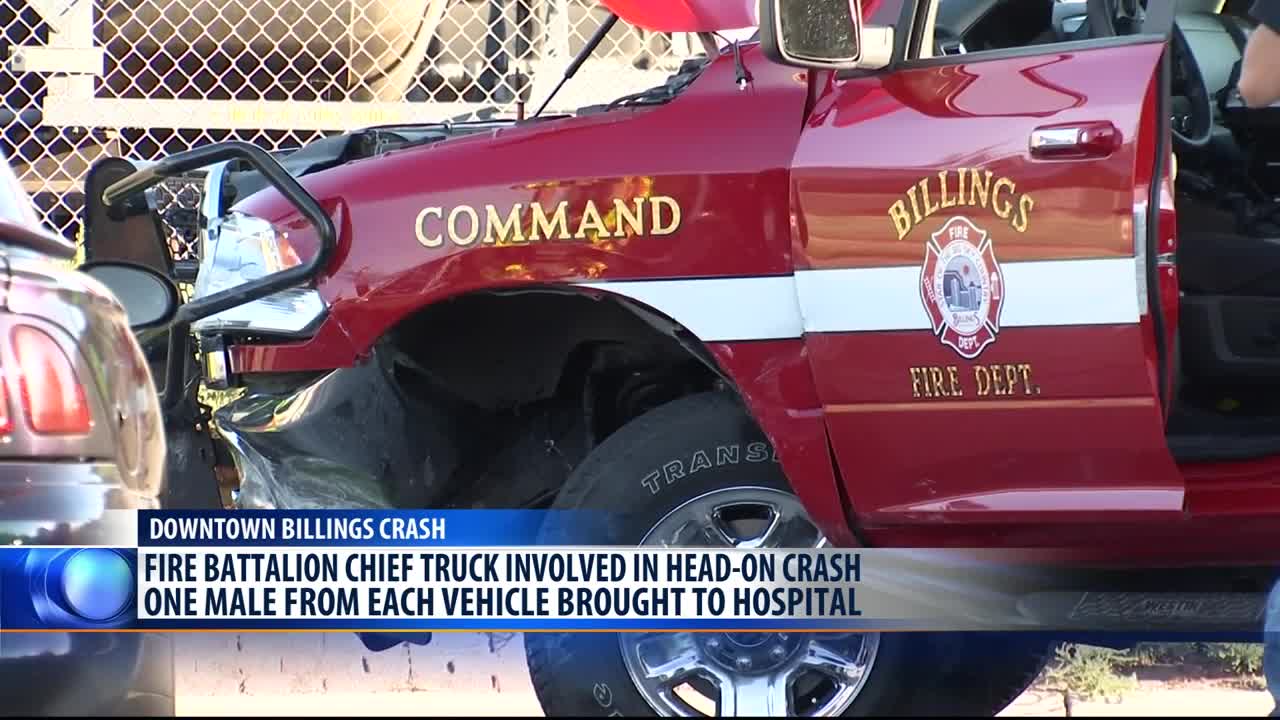 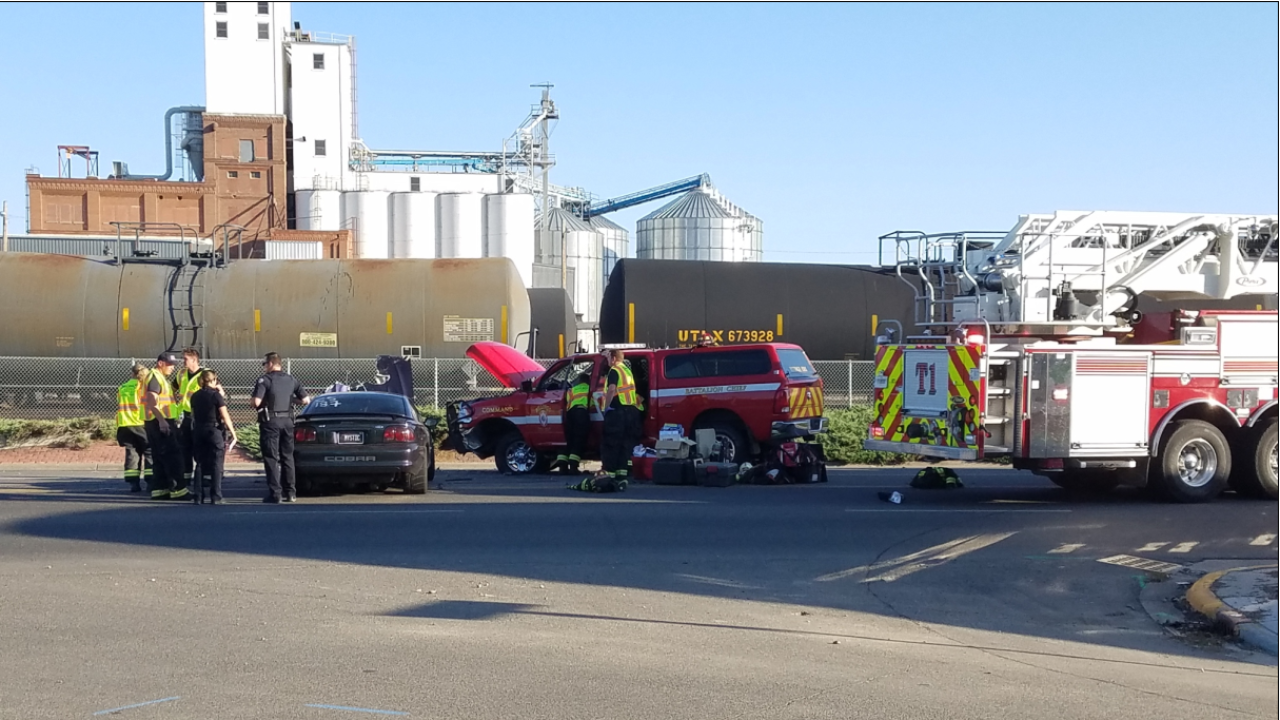 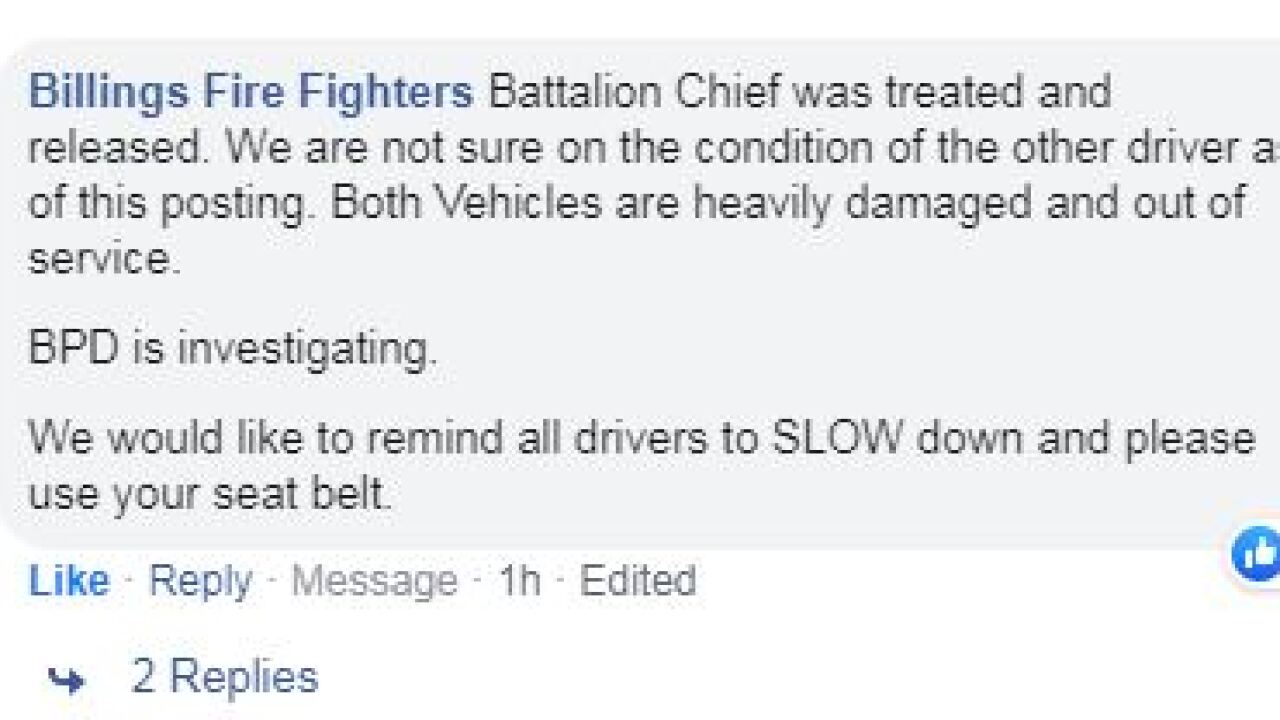 BILLINGS — A vehicle accident west of downtown Billings has resulted in the temporary closure of all lanes of traffic on Montana Avenue near the Custer Avenue intersection according to Billings Police Sergeant Ben Milam.

The crash was reported at 5:30 p.m. Sunday afternoon.

According to Billings Police, a purple mustang was traveling west on Montana Avenue when it crossed over the center line and collided head on with a Fire Department Battalion Chief's pickup truck that was traveling east.

The occupants, both male, of both vehicles were transported to the hospital.

In a Facebook comment posted around 8 p.m. Sunday the Billings Fire Fighters 521 Union stated the, "Battalion Chief was treated and released. We are not sure on the condition of the other driver as of this posting. Both Vehicles are heavily damaged and out of service."

BPD, Billings Fire, and AMR were on scene to clear the road, but expect the lanes to remain closed for about one hour.

Speed is a suspected factor.