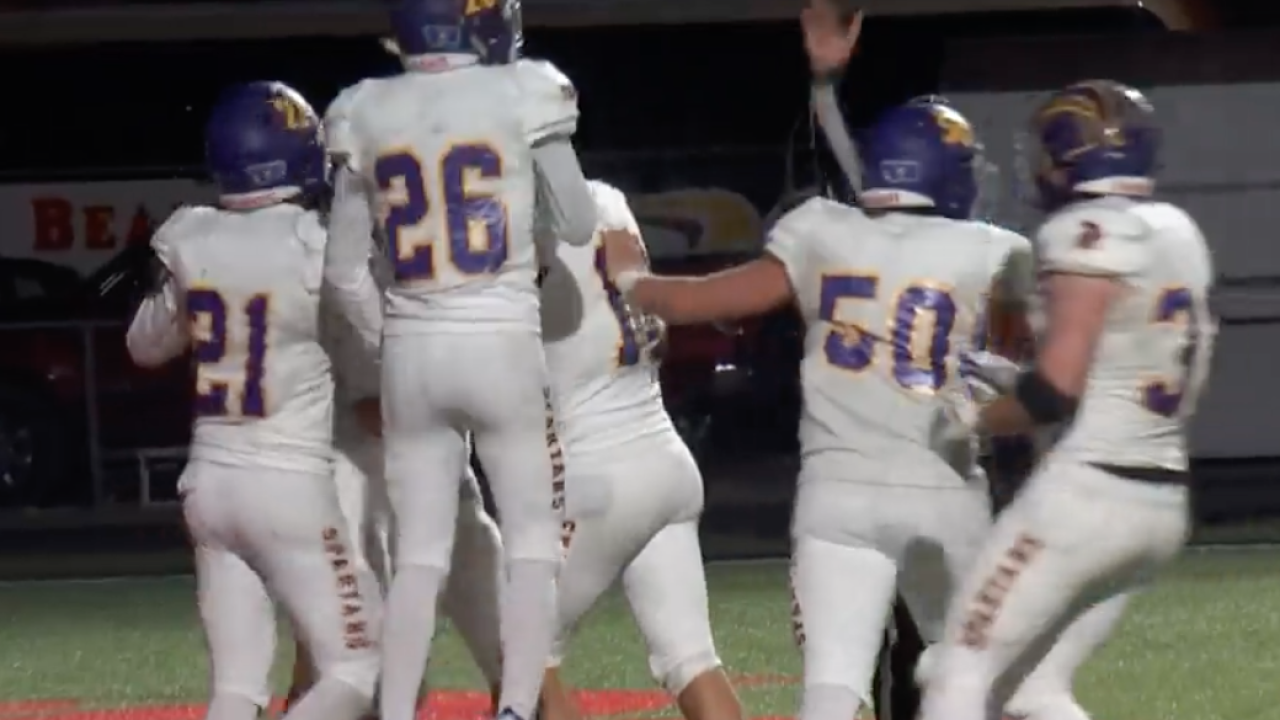 Klucewich, the former Frenchtown standout, intercepted West quarterback Isaiah Claunch first in the end zone on a promising West drive, then skied for a second interception inside three minutes remaining to seal the victory for Sentinel, its first state football championship since 1972.

The Spartans finish the 2020 season with a perfect 10-0 record, while West ends its campaign 9-1.

West and Sentinel started the championship game off with a bang. After forcing a Sentinel punt, the Golden Bears dove into their bag of tricks for a double pass. Caden Dowler wound up finding Riley Bergeson by himself to set West up in the red zone.

Then it was Taco time. Taco Dowler hauled in a 20-yard touchdown, reaching over his left shoulder and sliding to the the turf with the defender draped on him to put West up 6-0 early after the missed point-after try.

After trading punts, Sentinel answered with its own impressive touchdown grab. TJ Rausch went up over the top of Dowler to haul in a 19-yard score from Dayton Bay to put the Spartans up 7-6. A 32-yard field goal by West's Spencer Berger gave the Bears a 9-7 lead just before the end of the opening quarter.

Again Sentinel had a quick answer. Off a play-fake, Bay hit Zac Crews for a 7-yard touchdown, giving Sentinel a 14-9 advantage.

West turned to running back Jaymn Medlock, who racked up yards through the teeth of the Sentinel defense, eventually setting up a 23-yard field goal by Berger to cut the deficit to 14-12 with 4:16 to play in the half.

Sentinel looked poised to add points to the scoreboard before the end of the half, but Camden Sirmon was picked off by Bergeson, sending the game into halftime at 14-12.

West opened the second half with the ball and opted for a fake punt on fourth down, but Sentinel wasn't fooled by the play, and the Spartans took over on downs at their own 34-yard line. After a Crews catch-and-run put Sentinel in the red zone, Camdin Dirnberger connected on a 22-yard field goal to extend the lead to 17-12 with 3:55 remaining in the third.

After driving downfield on its ensuing possession, West faced another fourth down, a fourth-and-1 situation from inside the Sentinel 10-yard line, but coach Rob Stanton elected to kick the 23-yard field goal, which Berger knocked through to trim the lead to 17-15. That score held into the fourth, though a 67-yard kick return from Donovan South left Sentinel with short yardage, and Bay found Crews on an 8-yard touchdown pass early in the fourth to give the Spartans a 24-15 lead.

West had another promising drive, but Claunch was intercepted by Klucewich in the end zone. The Golden Bears' defense held on a fourth down after a deflection by Caden Dowler, though, to give the home team life, trailing by two scores with 3:28 to play.