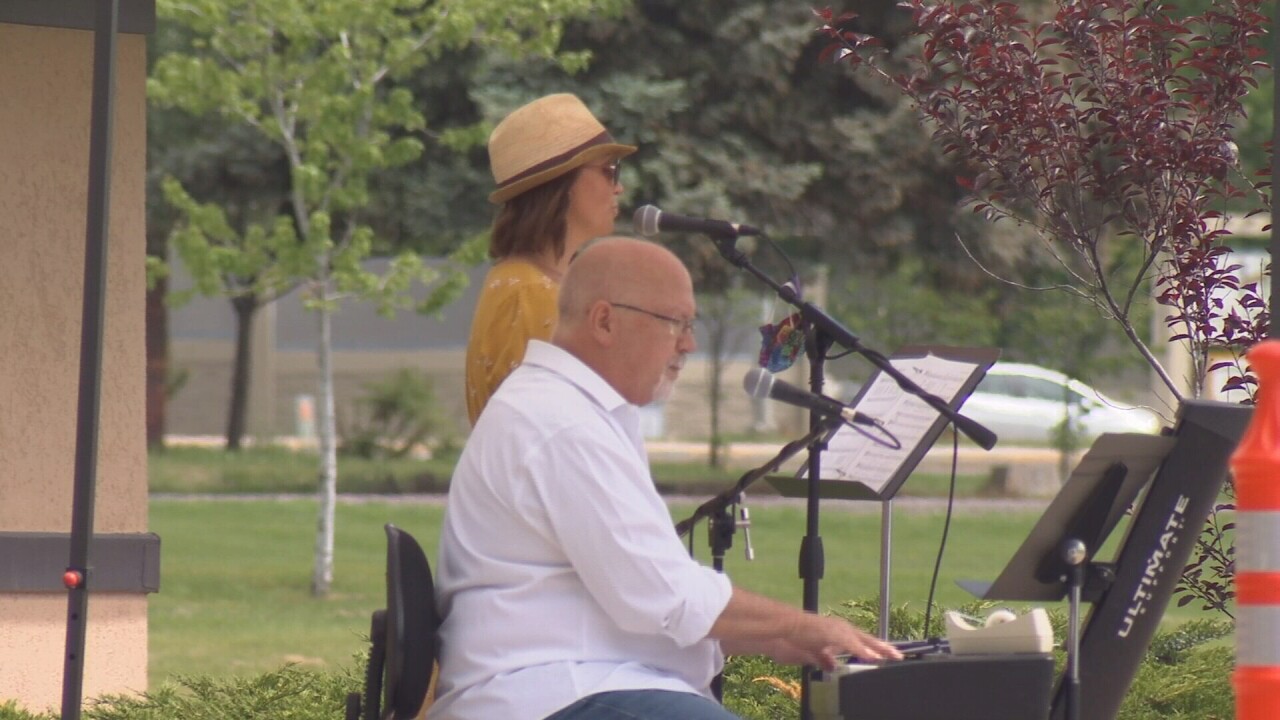 Places of worship were the first establishments allowed to re-open during Phase 1, five weeks ago.

But many churches have continued online.

For the first time since March, five congregations came together for a live service on Sunday.

Nearly 80 cars and 160 people were in attendance.

Those who felt safer in cars could listen on their radios.

The five churches have been working together on virtual services since the Stay At Home orders started.

"Stay safe but know that God is with you and that we're gathering together to care for one another," said Pastor Tyler Amundson of Shiloh. "We have plenty of excited volunteers that have shown up today."

"Getting to celebrate and be together on Pentecost when we're celebrating the birthday of the church, the beginning of this movement, it's really special," said Pastor Sarah Clark of Grace.

"You miss people," said Pastor Mike Nickerson of First. "It's a pretty isolating time. And this is our first step into being together."

"Just that importance of getting to be together in the same place for a common purpose is really important and exciting," said Pastor Wendy Ochs of Evangelical.

"It's wonderful to ban together for good," said Pastor Angie Dornisch of Hope. "And I've just really, really seen that. it's been neat."

The five churches do not expect to have services in the buildings until at least the end of June and have scheduled more drive-ins in the weeks to come.