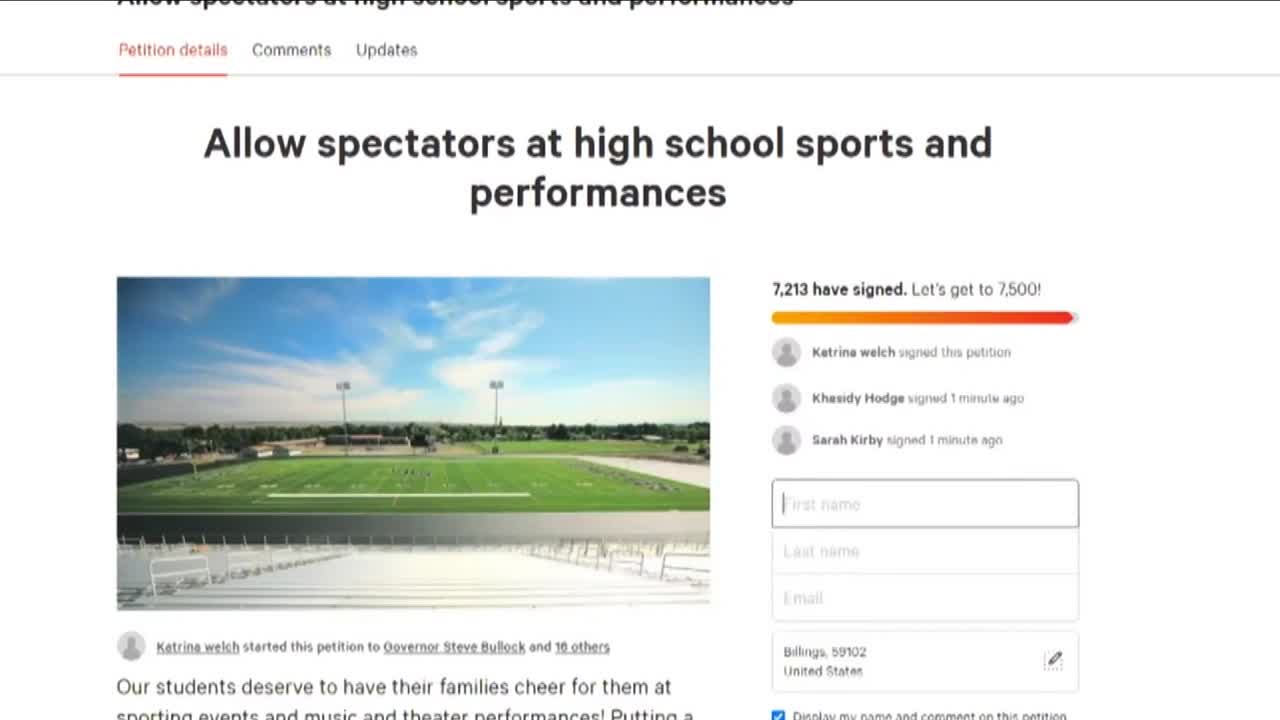 The decision to keep fans out of the stands for high school and middle school sporting events in Yellowstone County is not sitting well with all parents.

An online petition started this week by a Laurel woman to allow spectators at high school sports and performances has quickly collected thousands of online signatures.

As of 6 p.m. Wednesday, the petition on Change.org to allow spectators at high school sports and performances already had more than 9,000 online signatures—although it's unclear how many are from Montana.

Katrina Welch, the parent of a middle school student, started the petition after learning of the decision to keep fans out of the stands.

“I thought it was kind of ridiculous. Limiting tickets sounded a lot more reasonable than eliminating it completely,” said Welch.

Welch pointed out that many large events have been held in the area, including the fair, hill climbs and American Legion baseball, and believes putting a limited number of guests per player or student would is a valid option.

“We want to take caution and be aware of the situation and wear masks and social distance, but we don't want to hurt our kids in the process. And they are already dealing with enough going into this school year with everything completely different. I feel like it’s just another blow to our kids, really,” she says.

Welch says she was shocked out how quickly the petition has grown and that it is being sent to Gov. Steve Bullock, Yellowstone County Health Officer John Felton, and health officials in several other Montana counties.

“I’m not expecting that they will just say they will allow everybody to come. I'm just hoping there will be a compromise,” said Welch.

Felton said during a news conference Tuesday that the policy prohibiting fans could be modified depending on what happens with coronavirus numbers after the school year starts.