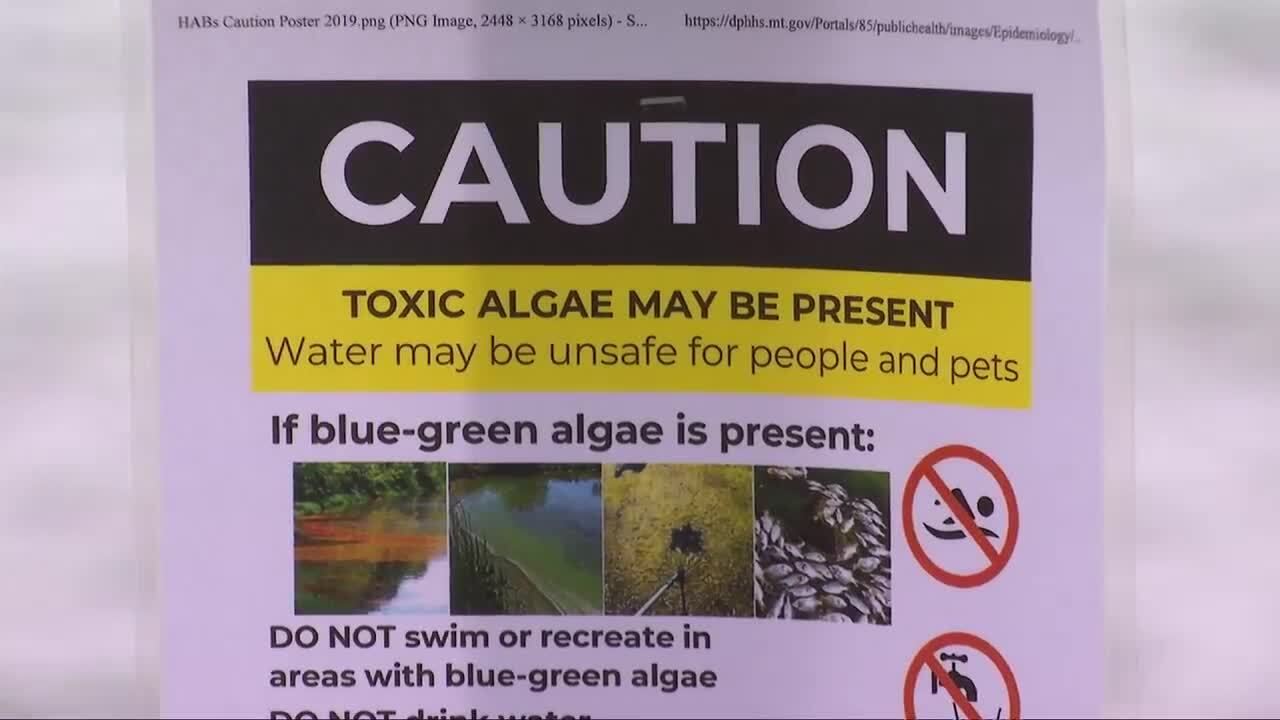 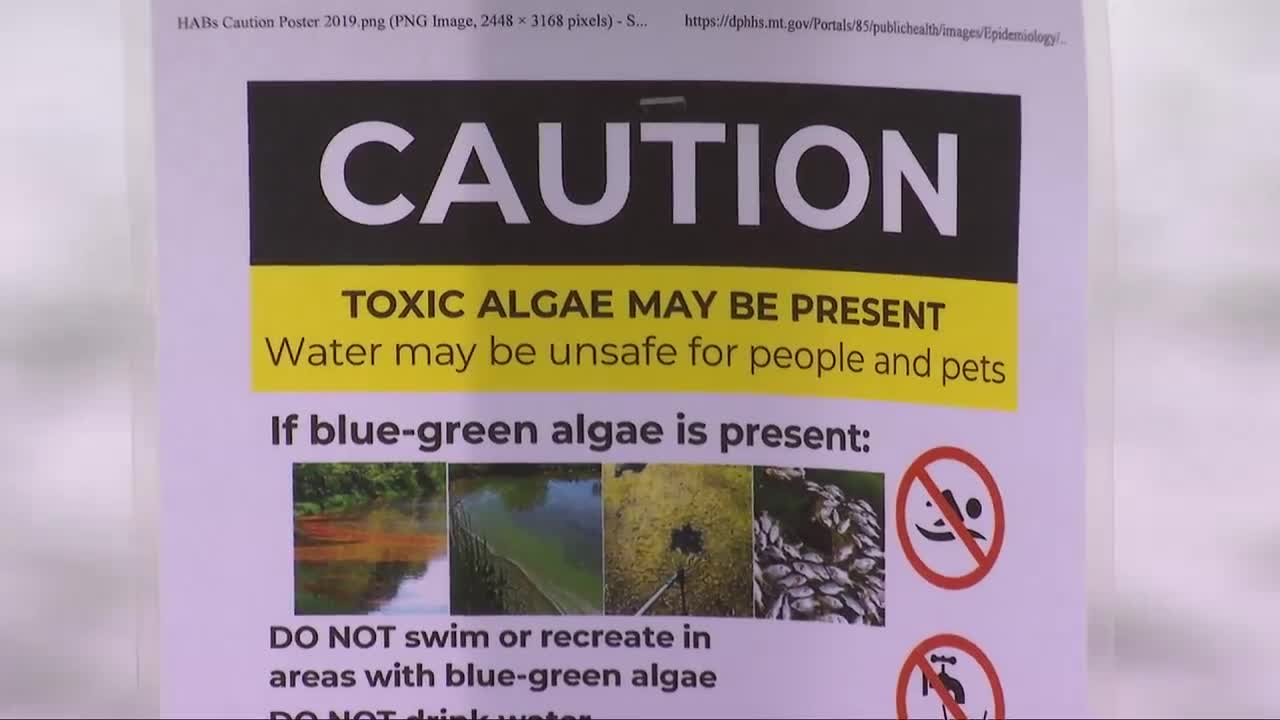 BILLINGS — State health officials have released no confirmed cases of dogs or humans sickened by the water at Lake Elmo in Billings after posting a warning of toxic algae bloom in the water.

Still a local veterinarian is issuing caution to lake goers.

Dr. Emily Gocke-Smith with Best Friends Animal Hospital in the Billings Heights said Thursday she’s never actually seen a case of toxic algae bloom come her way, but this year, all over the country it seems there's an increase of dogs being sickened by it.

“They start to seizure and they collapse, and they die,” she said. “And it happens pretty quick after they consume it.”

The Montana Department of Health and Human Services issued the warning for Lake Elmo Tuesday, and by Thursday signs were posted at the state park letting beach goers know of the risk.

“I mean the safest bet is just to play on the shore,” said Lockwood resident Catina Ceeley-Stanford, who spent some time Thursday afternoon at Lake Elmo with her daughters and granddaughter.

Ceeley-Stanford has heard about a recent national report of dogs dying after going into water infected with green-blue algae and has dogs herself.

“I mean we don’t walk around with chemical testing kits to test water when we take our dogs places. if somebody gives you that’s kind of warning, take heed to it and stay out of it, that’s the best advice anybody can give,” she said.

Gocke-Smith has some advice of her own for dog owners, including watching for symptoms and washing their coats as soon as possible.

“A lot of people ask, 'my dogs went swimming what should I do?' If they went swimming, they should probably bath them and watch for any toxins,” said Gocke-Smith.

And although she said its not a super common occurrence for this part of the country, she hopes folks will still be aware.

“Most people don’t understand what it is and how it makes the dog sick,” she said.

Gocke-Smith said humans can also get sickened from the toxic algae water, but the illness is most common in dogs because they often drink lake water.