Honoring the past while inspiring future generations: The Flying Legends of Victory Tour 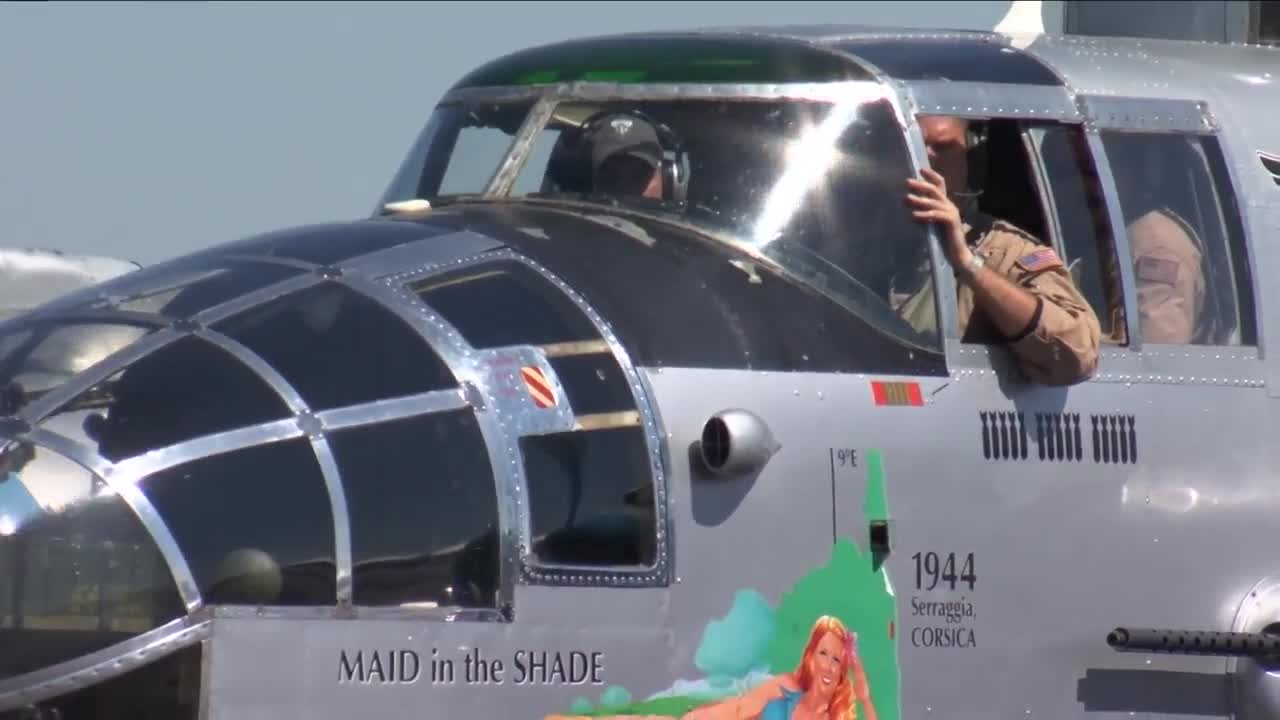 The Flying Legends of Victory Tour landed in Billings Monday morning, and you probably heard it coming.

Mayor Bill Cole and a color guard welcomed them to town.

"It is an honor to be with you to celebrate the legacy of the B-25 and the Flying Legends of Victory Tour, dedicated to educating multiple generations about the role of aviation in combat history," Cole said.

"We all have day jobs, or we're retired. We come from all over the country to do this. We're all volunteers. We do this because we love to do this," Arizona Commemorative Air Force Museum Tour Director Mike Garrett said.

Funds raised from tours and donations help the Commemorative Air Force Museum to restore and preserve rare and historic aircraft.

"We have three missions," Garrett said. "We want to honor those who flew, back in WW2, some of who gave the ultimate sacrifice."

Restored aircraft are used in tours, re-creations, and offering an authentic history lesson.

"And the second mission, to educate people about that," Garrett said. "We spend a lot of time on the ground, and talking not just to veterans but to younger people who are asking what are these planes all about."

You can also book a seat to take a ride in their B-25 Bomber.

"The B-25 was introduced in 1941 and flew in every theater during the Second World War, including the famous Jimmy Doolittle attack on Tokyo," Mayor Cole said.

Maid in the Shade is a B-25 Bomber, and one of 34 of these wartime birds left in the world today.

This same bomber has the signatures of three of the last survivors of the Doolittle Raiders, one David Thatcher had rescued his entire wounded crew, and eventually retired, and passed away in Missoula.

"The plane is fantastic. We love the plane and all the noise, and all of that, but it's really about the people that are behind it, the people that flew it, the women that built it," Garrett said.

Many women were actively involved in the war as well, and the bomber holds Rosie the Riveter's actual hand-writing.

"We also know that we're here for a purpose, and that's to make sure everybody understands what happened from 1941 to 1945 and beyond," Garrett said.

For more information visit their Facebook page,
or https://www.azcaf.org/explore/museum-history/