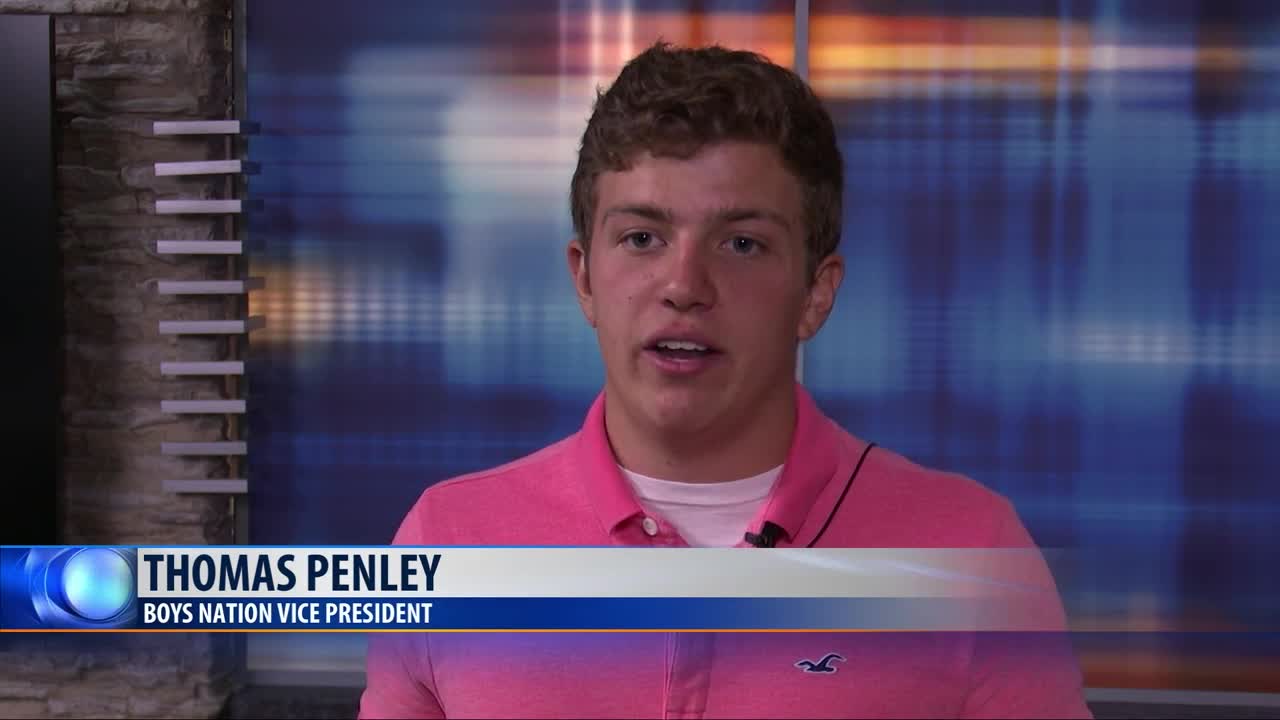 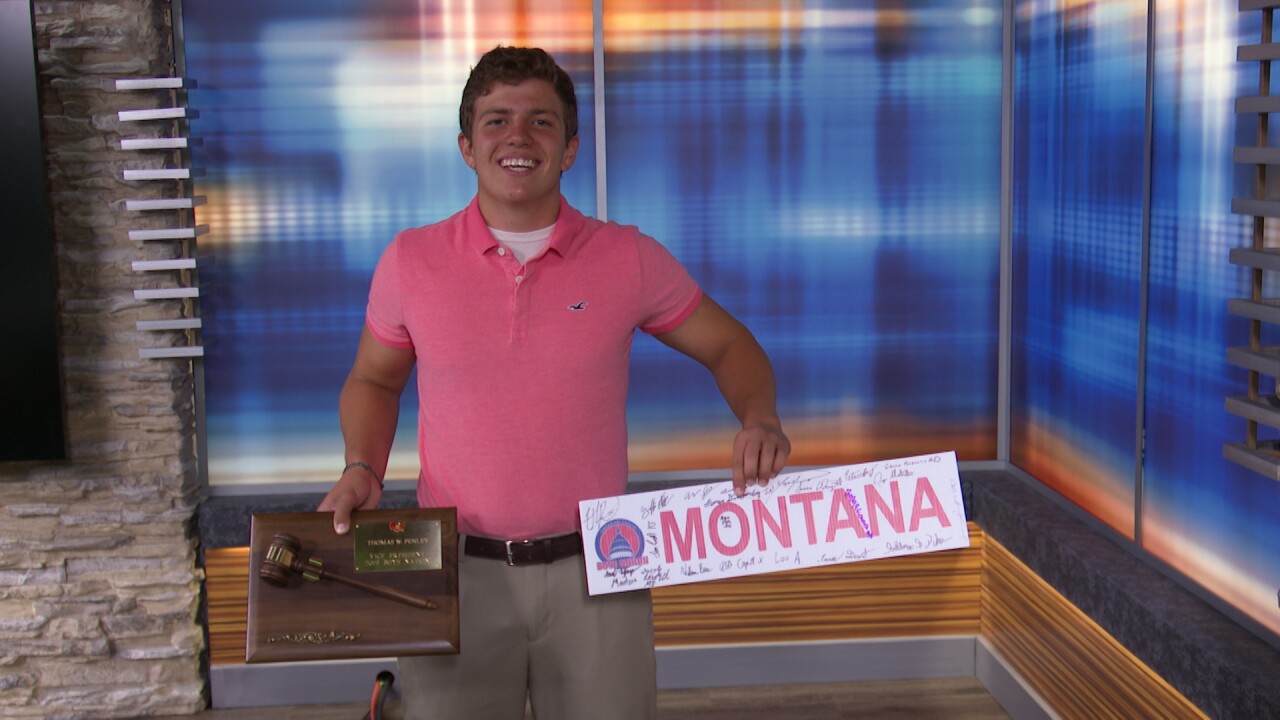 Thomas Penley, an incoming senior at Helena’s Capital High School, says when he took part in the Montana American Legion Boys State program in June, he hoped he might be selected to represent the state at Boys Nation in Washington, D.C.

“I really wanted to do it, I was hoping and just really worked hard to see if I was lucky enough,” he said.

That hard work paid off. Penley was not only chosen to go to Boys Nation, but he also went on to be elected Boys Nation vice president by his fellow delegates from around the country.

Boys State and Boys Nation are annual programs, organized by the American Legion as a way to help teens learn how American government really works. The American Legion Auxiliary sponsors parallel Girls State and Girls Nation programs. Students who take part simulate all aspects of government, from cities and counties to the state and federal level.

At Boys Nation, two students from each state take part in the program. Counselors with Montana Boys State selected Penley and Sam Weisenburger of Seeley Lake as the state’s delegates.

The delegates act as senators – holding committee hearings and voting on proposed legislation – and hold debates and elections for higher offices.

Once he was in Washington, Penley decided to put himself forward as a candidate for vice president. He credited his success to building relationships with as many of his fellow delegates as he could.

“They’re all high-caliber students, they all have credentials, everyone gives a speech, and there’s nothing you can really say to make yourself stand out,” he said. “So what I focused on was just meeting people and getting to know people.”

Greg Pohle, director of Montana Boys State, said it takes a lot for a student from a smaller state to have that kind of success at Boys Nation. He said Penley achieved it through personality, dedication and hard work.

“He represented Montana well,” he said. “We’re proud of him for what he did.”

Penley also brought a proposed bill to Boys Nation’s Senate, to create a national Indigenous People’s Day on Aug. 9. It passed committee, but never made it to the Senate floor.

Penley and his fellow Boys and Girls Nation delegates got the chance to hear from Vice President Mike Pence. The Montana students met with the state’s delegation on Capitol Hill: Sens. Steve Daines and Jon Tester and Rep. Greg Gianforte.

“You can tell they have Montana’s values in mind,” Penley said. “It was really cool to meet them and get to know them and ask them questions.”

Penley said he learned a lot about the way government works through Boys State and Boys Nation, but the biggest thing he’ll take away is the camaraderie he built with students from vastly different backgrounds. The president he was elected with came from Massachusetts, and he said he also became good friends with delegates from places like Mississippi, California and New York.

“Montana Boys State only had 100 kids, where California, Ohio, they all had 1,000-plus kids, so I was kind of intimidated,” he said. “But then when you get there, you realize everyone’s just human beings and you can all work together, and no one’s trying to best any other person.”

As vice president, Penley won a $2,500 scholarship. He plans to study nursing.

Penley said he was inspired to go to Boys State because of two Capital students who went to Boys Nation last year, Norris Blossom and Hayden Tillinger. He said he hopes to encourage more students to take part.

“I’d recommend anyone that’s a junior should do Boys State,” he said. “I’m going to get a good delegation from Capital High going this year, I know for sure.”

This isn’t the first time a Montana delegate has won a top position at Boys Nation. In 2000, Bob Brock, a delegate from Butte, was also elected vice president.

You can find more information about the Boys State and Boys Nation programs at the American Legion's website .