Approximately 1,700 were estimated to have skied 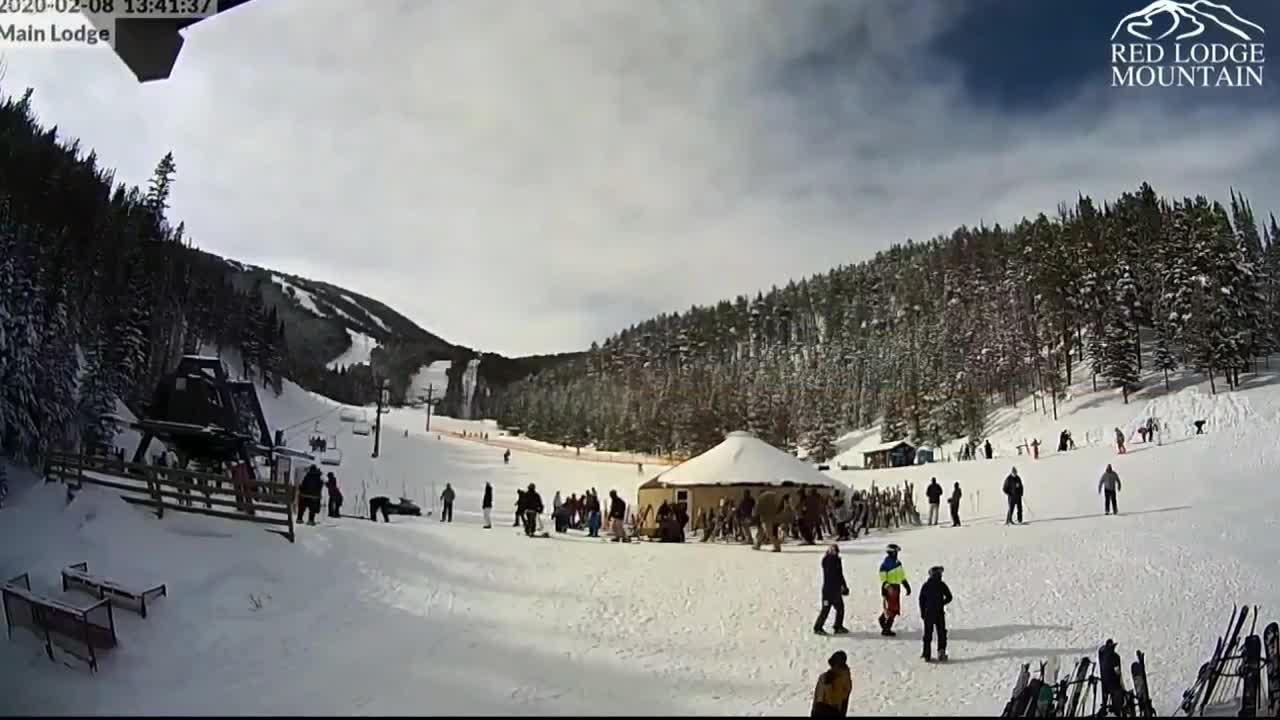 "At about 8:45 a.m. it just started snowing pretty hard. Within an hour or an hour a half we picked up three inches of snow, and there was a whole line of cars coming up. We kinda had the road clogged today. We had to close off to more traffic. Parking was full," said Spencer Weimar, Red Lodge Mountain assistant general manager.

A few front wheel drive cars had trouble making it to the resort on Saturday.

Weimar said the cars parked on the side of Ski Run Road essentially turned the normally two-lane road to a one-lane road.

"People were parking along the road, and it was starting to get to the point where it was too narrow to get emergency services through, so we had to call it on more cars coming up,” Weimar said.

Weimar estimated cars were parked about a mile and a half down the road from the main parking lot.

Around 12:30 p.m., Weimar said pilot cars were helping skiers down Ski Run Road. By 3 p.m., staff had set up flaggers in the tricky, narrow parts of the road to help people down at the end of the day.

Weimar estimated the mountain got three new inches of snow today, adding to the three feet it received over the week. He estimated roughly 1,700 people came up to enjoy it Saturday.

“The conditions are all time for the season so far. The snow is soft and fun. Who wouldn’t want to be up here on a day like today?," Weimar said.

The amount of traffic isn't necessarily normal for Red Lodge. It all depends on the amount of snow on the mountain, Weimar said.

“We get a couple of those (big) days a year, it's usually holidays and times like this when we get three feet of snow in a week,” Weimar said.

For people planning to make the trip to shred the slopes on Sunday, Weimar suggested taking the right kind of car.

He also suggested that people carpool, not only to save on gas, but also on parking spaces. Weimar said the first 100 or so carpool cars get closer parking to the main lodge.