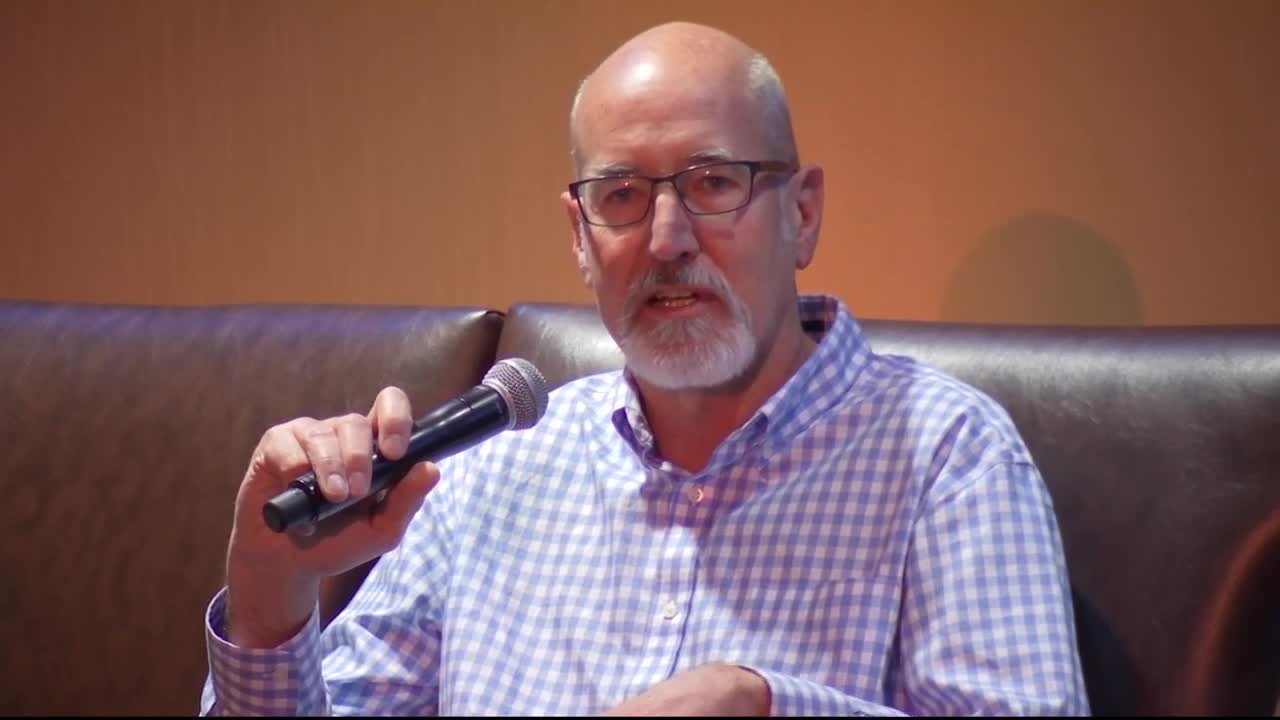 BILLINGS — The Business Health Care Summit brought together health, business and community leaders for a day of discussion on the state of the industry in Billings and where it is headed in the future on Thursday.

Big Sky Economic Development group put on the summit at the Northern Hotel. In one section, panelists discussed attracting biotech firms to Billings to grow the health care industry and local economy.

To preface a panel discussion, Allison Corbyn of Big Sky Economic Development talked about who should lead the push to bring medical research companies to Billings.

"We need to be looking at not just the health care industry to lead us forward or not just our city. But this needs to be a statewide push to continue healthcare investment and development in our community,” Corbyn said.

Corbyn made the point that the close proximity of Billings downtown area, hospitals, and MSU Billings is a good asset and can be leveraged in health care's growth.

"Everything is perfectly positioned. It is just right and sitting there ripe for us to change our community because of the physical location of these drivers,” Corbyn said.

Rob Goodwin and John Delaney were two members of the panel discussion. Goodwin is the CEO of Bozeman-based medical research company Vibliome Therapeutics. The company researches the chemicals that make human cells divide and die.

Delaney is the director of research technologies at Amgen, a multi-national medical research company that has offices around the globe.

Generally, small medical research companies are initially funded by venture capital. Companies then research and create new drugs or medical technology to sell to larger companies to make the investors' money back.

“To try to find innovative technologies that we can invest in or acquire that will keep us in the forefront of the field," Delaney said.

The beauty of the business model is the work can be done anywhere, including Billings, and products sold globally.

"This kind of work is global work. We're doing global science. We want to be first in class. It doesn't matter where we are," Goodwin said.

Amgen got to be a global company by buying up smaller research-based companies, Delaney said.

"These are companies that had platform technologies or particular medication we were interested in and we wanted to acquire that company. So that gave us a global research presence that we take advantage of," Delaney said.

Goodwin listed some things companies like his look for in a location: space close to universities with strong research programs, a local, well trained workforce for easier hiring. It's a plus if there are government subsidies involved.

When Goodwin started Vibliome, Billings wasn't on his radar because it doesn't have a large university with a research program, he said.

In Delaney's eyes, Billings lacks a culture where innovative ideas are given a place to grow.

“What is lacking, from my perspective, is an environment which encourages innovative ideas to be spun out, nurtured and incubated in a way that grows the technology, publicizes the technology, and makes companies like Amgen aware of those innovations," Delaney said.

Delaney said to start that sort of culture, Billings has to figure out what kind of health care industry it wants to attract: a site focused on the clinic, or focused on research, or something in between.

"Once you decide that and focus on that, then the rest can almost happen organically, I would hope," Delaney said.

And the focus shouldn't be on attracting companies, but attracting people, Goodwin said.

These kinds of companies aren't traditional "institutions" that stick around forever like the jobs provided by auto factories. But that's part of the business. And Goodwin said oftentimes the workers that have their company bought stick around locally and come up with more ideas to sell.

“The company moves away, those people will generally start another company. So the seeds for the next round of companies," Goodwin said.

Goodwin said on average nationwide, when workers are offered a deal to stay with their company that is being sold, 85 percent stay local.