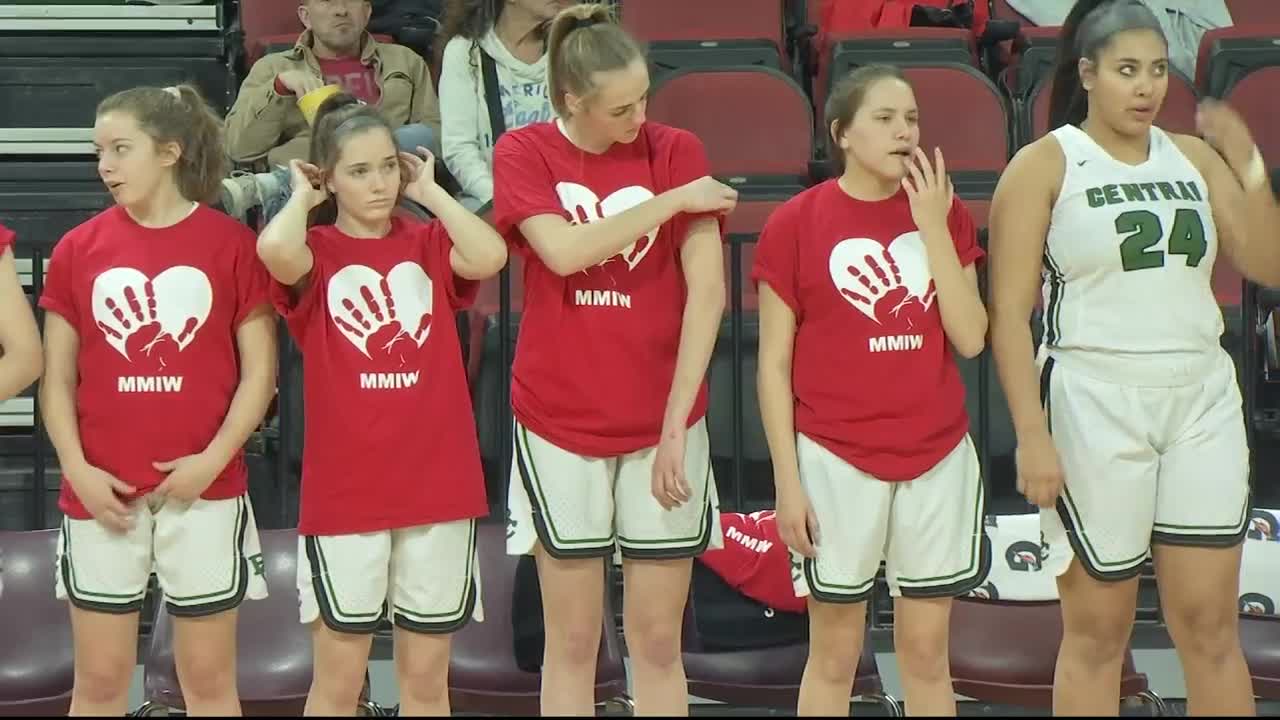 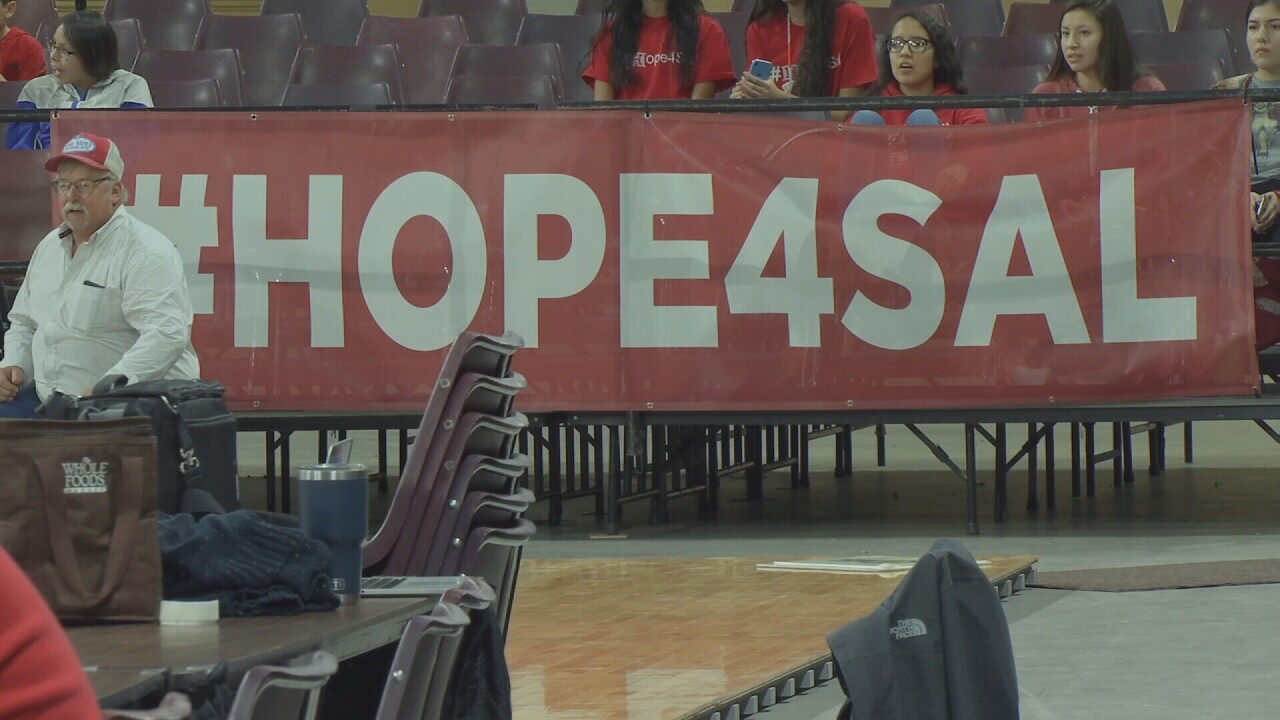 BILLINGS — It's been a difficult week for Hardin High School students after the body of their classmate, 16-year old Selena Not Afraid, was found on Monday.

The girls' basketball team shortened practice to attend a vigil in Hardin on Thursday night.

And, once again, they remembered Not Afraid on Friday night at a game against Billings Central at the MetraPark First Interstate Arena.

"A moment of silence to lift the family and friends of Selena Not Afraid in thought and prayer and to continue to bring awareness to the Murdered and Missing Indigenous Women's movement," the public address announcer said.

Players from Hardin and Central, along with fans, held a moment of silence for Not Afraid, who went missing on New Year's Day.

The Hardin girls wore red shirts with the words "Hope for Sal" as a warm-up top.

The Lady Bulldogs appreciated the support in remembrance of their friend Selena.

"We were all like close with her," said Marie Five, a Hardin player. "We're all friends with her on the team. We just wanted to pay our respects to the family because it's a very sad loss. We were like playing hard for Selena so she was in our hearts as we were playing. That was like, so, like, heart filling that they did that for us."

Both the Hardin and Central boys teams also wore the shirts before their game.