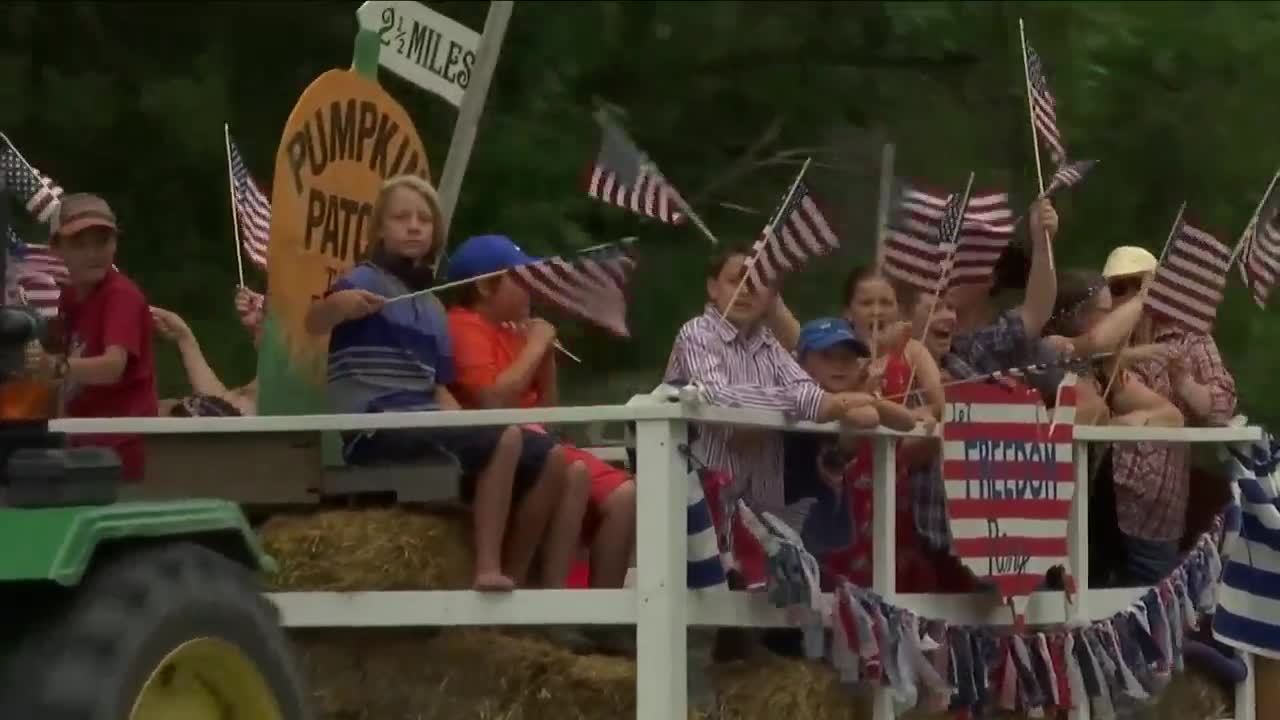 LAUREL — After the Laurel Chamber of Commerce canceled the usual Fourth of July parade, a group of locals banded together on Saturday to organize their own parade dubbed the Freedom Drive, celebrating Independence day in the community.

About 200 vehicles dressed with red, white and blue drove down 1st Avenue and made the turn to Main Street in Laurel. The parade was organized by a local group by the name of Yellowstone County American Patriots.

“I’m just here to celebrate America. I think it’s important to celebrate Independence day. Everything was canceled because of COVID-19 and there was just too many people who wanted to still celebrate their freedom and liberty in this country," said Jennifer Olsen, one of the organizers.

On any other Fourth of July, thousands would have packed the parade route to watch the floats go by. This year, COVID-19 kept a lot of people inside, but some still set up their lawn chairs to watch.

Kristy Eaton owns a house on the parade route. Here family has been remodeling the home for the past few years and comes back to Laurel from California every summer for the celebration.

“Definitely quiet. The streets are quiet. Obviously it’s just locals. But I’m sad that we don’t have the crowd that we normally have. It’s a big deal," Eaton said.

The Freedom Drive organizers, Yellowstone County American Patriots, is made up of two families, including husband and wife Ken and Peggy Miller, along another couple Eric and Dianne Olsen and their daughter Jennifer.

The group helped to organize a similar parade on June 14 to honor Flag Day in Laurel.

“It was a huge improvement from then. Lots of excitement on the street. We walked up to the cemetery and back and talked to everybody. Everybody’s pumped up for America and liberty and the Fourth of July. So it was a great deal," Eric Olsen said.

The Yellowstone County American Patriots members also founded the Montana Shrugged TEA Party in 2009. The political group is generally in support of lowering taxes and smaller federal government power, according to its Facebook page.

For Peggy Miller, it was important that the Laurel community still had some sort of Independence day celebrations.

“That's what we're here to do is to continue those traditions. Regardless of things that are going on, we need to take a stand and continue to show people that America is great, it's worth fighting for. Our founding fathers and their families sacrificed so much and now our military continue to fight for us and their families and keeping their freedom. It is up to American citizens to take a stand and continue to honor that and fight for it and keep our liberties," Miller said.

Eric Olsen said the holiday serves to honor the two documents that helped initially form The United States of America.

"We believe in our Constitution and the Declaration of Independence, the two greatest documents ever written for man to govern themselves. So, we do this passionately. We don’t get paid to do this. It’s just something that we think people have got to do and understand and move forward on," Eric Olsen said.

Next year, Olsen would like to join forces with the Laurel Chamber of Commerce to make the Laurel Fourth of July parade bigger and better than ever.

“It’s absolutely a possibility and hopefully we’ll double the size of it all. That would be grand," Eric olsen said.