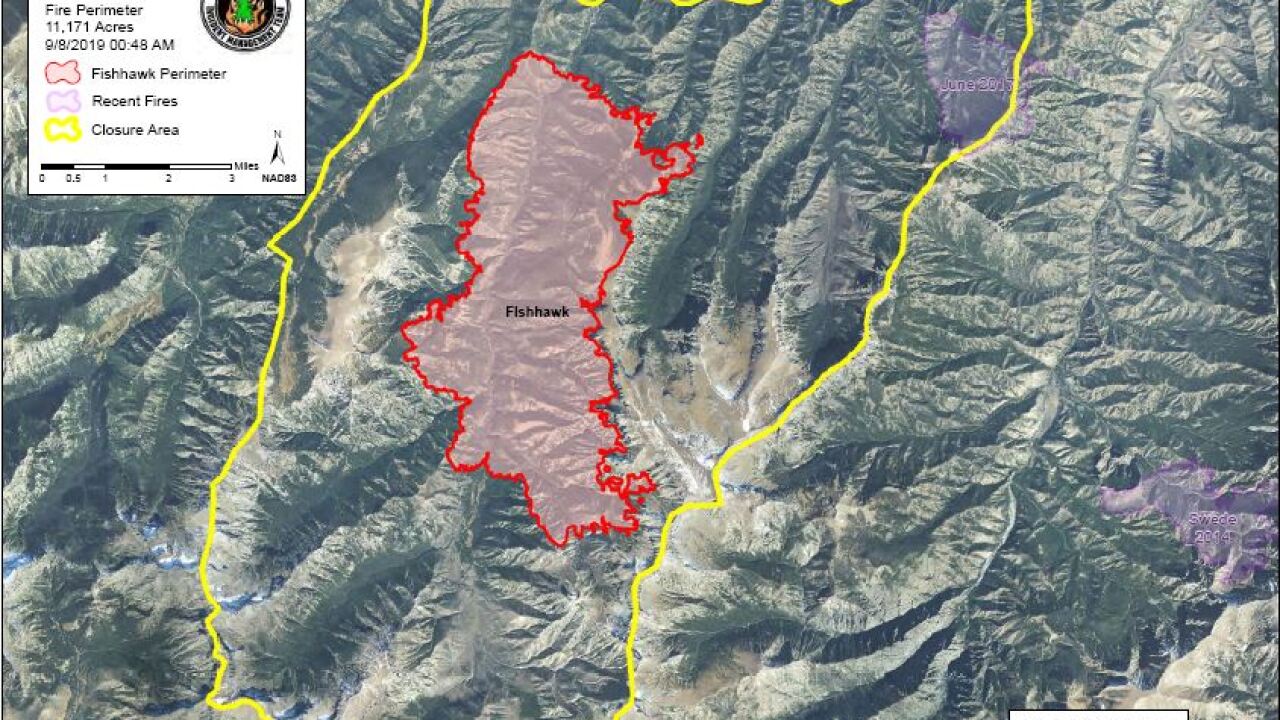 CODY, Wyo. — The precipitation seen Sunday and cool temperatures with predicted moisture in the coming days have been good for keeping the Fishhawk Fire in its place, fire officials said Monday.

"With more rain forecasted for this coming week, there should be minimal fire activity," the Rocky Mountain Incident Management Team stated in a news release.

Officials said command of firefighting efforts will be shifted from the incident management team back to local firefighters with the Shoshone National Forest, Washakie Wilderness at 6 p.m. Monday.

Shoshone National Forest public affairs officer Kristie Salzmann said the reason for the command shift is because the complexity of the fire situation has become more manageable.

The lightning caused Fishhawk Fire started on Sept. 2 and has burned 11,171 acres in the Shoshone National Forest.

The fire is listed at 0 percent contained, but Salzmann said containment numbers won't be updated until a "season-ending event" like a snowstorm occurs.

People driving down the North Fork highway west of Cody will not see much smoke, Salzmann said. But the fire does have enough heat in some areas where, if the conditions were right, could cause reignition.

Salzmann said the lion's share of the work done by the incident management team went toward protecting structures on the north and south sides of the North Fork Highway.

The structure protection group has finished its assessments on the fire's threat to structures in the area of the fire.

Structure protection has been turned over to the Park County Fire Protection District.

The release stated crews have finished chipping work along the north side of the fire.

One helicopter and 159 personnel have been fighting the blaze.

The release stated many firefighters have been demobilized and are heading back to their home units.

Remaining crews will monitor the fire with local resources and brief the new team on work that has been completed.

Forest closures are still in place around the Fishhawk Fire. But Salzmann said the closures may shift in the coming days to allow access to popular hunting areas in the Shoshone National Forest.