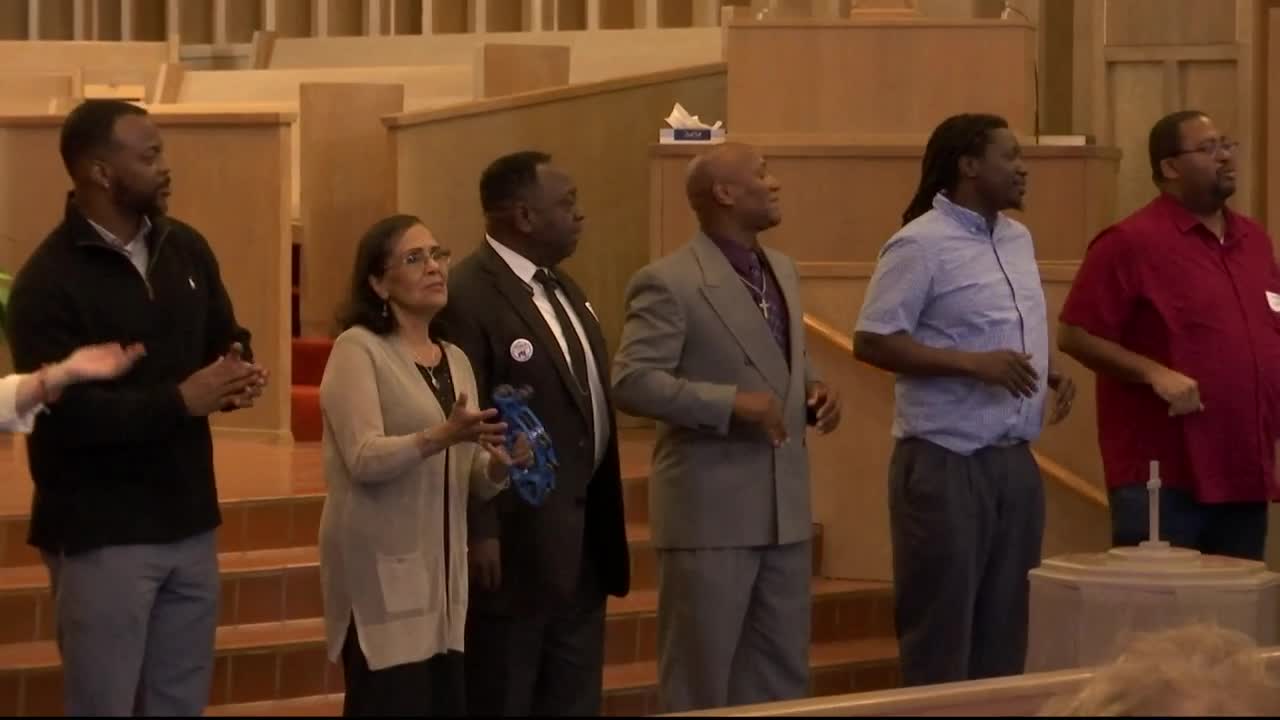 BILLINGS — The Not In Our Town group partnered with The First Congregational Church to remember Martin Luther King Jr. with a service at 3 p.m. on Sunday in Billings.

Not In Our Town is a grassroots anti-hate organization. It was started in Billings and has since spread nationwide after the community rallied around victims of hate crimes in 1993.

To preface the service, Reverend Michael Mulberry spoke to the crowd.

The service " is supposed to be practice for what we do in the wider world. It is also supposed to be inspiration so you have the courage and resilience to stand to the wind as it faces you and know that the wind can change," Mulberry said.

The theme of the service was, "everybody v.s. injustice, beyond militarism, extreme materialism and racism."

The service's program had a portion of an adaptation of Martin Luther King Jr's. "Beyond Vietnam" speech he gave in 1967 written in it. The reverend read a line, and the audience responded back.

The final line of this exchange reads "every person of humane convictions must decide the protest that best suits their own convictions, but we must all protest -- everybody against injustice."

Other parts of the service included the playing of a recording of Nina Simone's song "Why the King of Love is Dead?" and the Wayman Chapel Choir performed a selection of songs.

People also heard from Not In Our Town Board Member and lawyer Mindi Driscoll.

"Concerned community members are here to talk about potential solutions and offer some hope to marginalized members of our community,” Driscoll said.

"There’s a lot of suffering and there’s a lot of generational trauma that is still very present from even the 1400’s. We’re here to try and offer a hand up and some hope to these communities," Driscoll said.

As a self described "white person" Driscoll mentioned she has a certain amount of privilege.

"That privilege means I can be ignorant about some things, but it also can be used as a key. For me, I’m an attorney, so I kind of have the keys to the courthouse in a lot of situations. I have to reflect on how I’m going to use the key of my privilege to open the door for other communities and other people,” Driscoll said.

Next year, she does not want to be the one to give the speech. Instead, she wants to hear from members of the marginalized communities.

“I want to hear your voice. Next year at this time. I don’t want to be the one standing here talking,” Driscoll said.