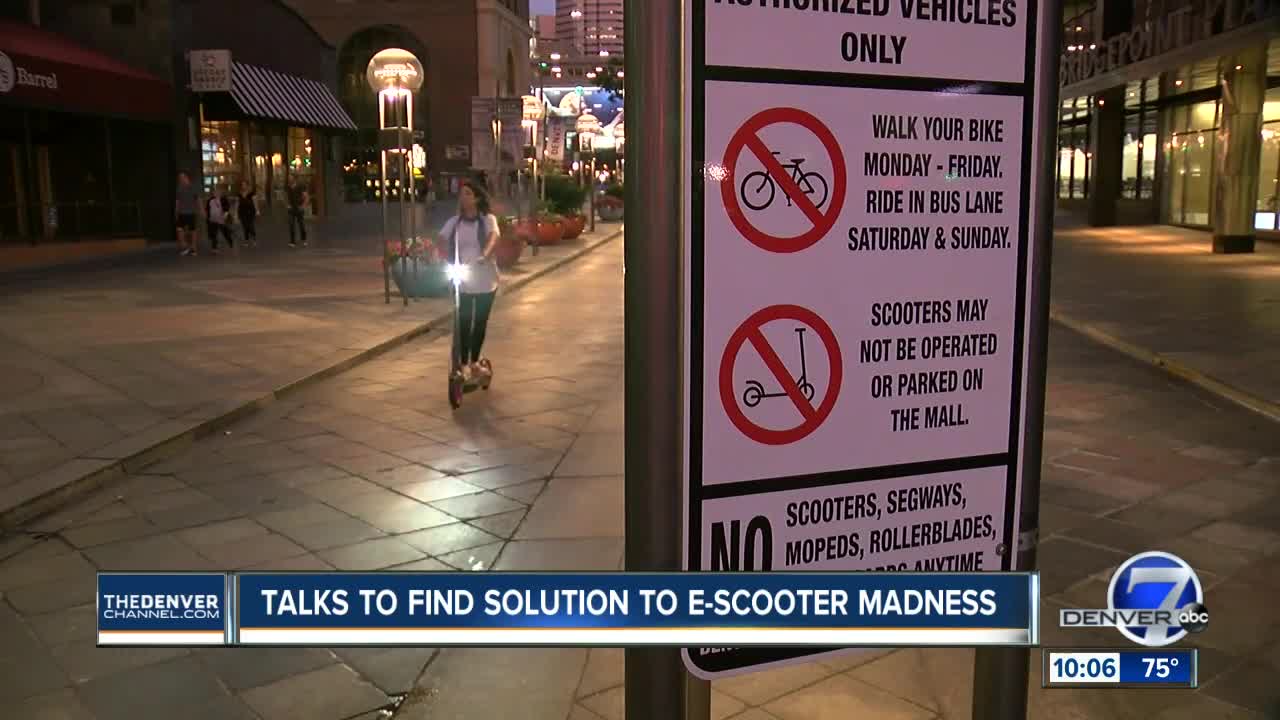 Denver police said a person on a scooter has died after a crash that happened on Aug. 4, marking the first scooter-related death in the city. 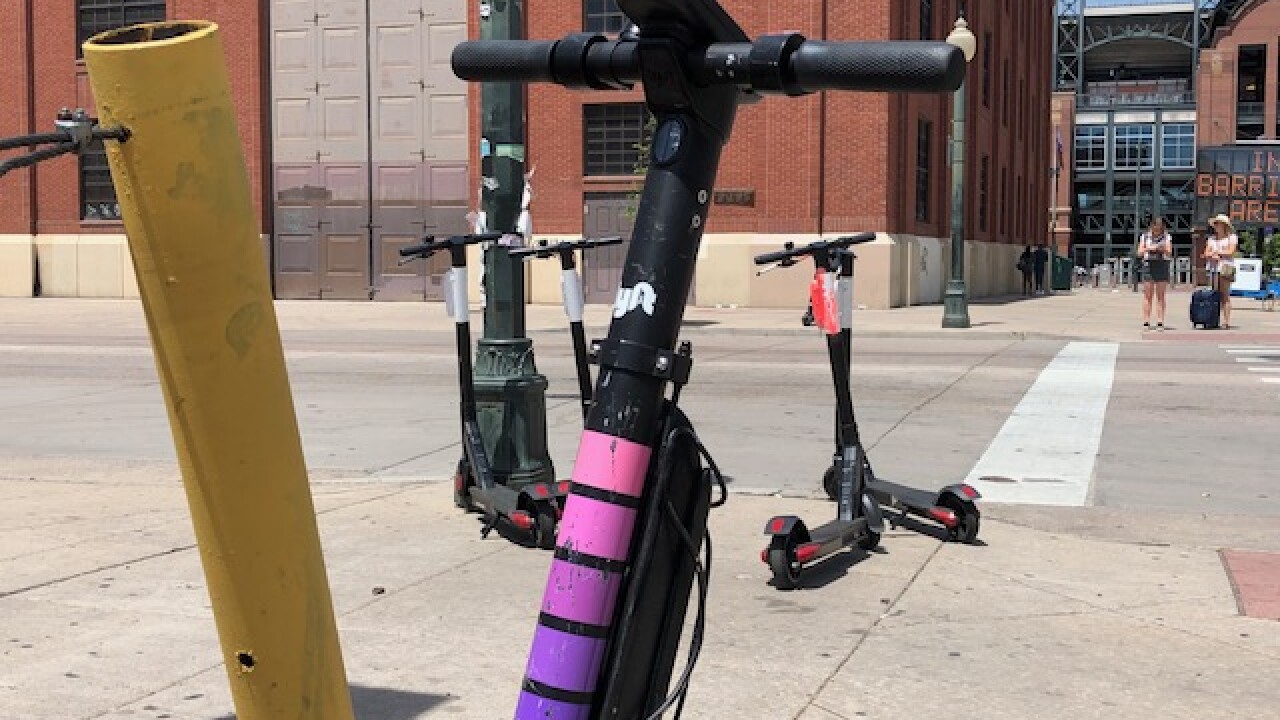 DENVER — Denver police said a person on a scooter has died after a crash that happened on Aug. 4, marking the first scooter-related death in the city.

The crash happened on Aug. 4 around 8 p.m., police told Denver7 after the incident. As a 26-year-old man rode a scooter eastbound down W. 32nd Avenue and approached N. Eliot Street, he attempted to cross the street and rode directly in front of a vehicle traveling westbound, according to a police report. The man was transported to a hospital with serious injuries.

The driver remained at the scene.

The scooter rider, who is from Billings, Montana, died Friday evening.

Christine Downs with the Denver Police Department confirmed this is the first scooter-related death in Denver that they are aware of.

Police said nobody has been charged in this case.

According to the police report, the scooter belonged to Lyft.

Electric scooters were first introduced in Denver in late June 2018.

There are 2,840 scooters permitted for Denver under the current pilot program and with crashes still occurring, the city is looking at finding the balance while providing more options for people to get around safely.

These scooter crashes are not rare by any means, according to emergency doctors at Denver Health.

So now, the city is looking at ways to improve safety of the scooter program.

Officials recently proposed an ordinance to keep scooters off sidewalks.

They're looking at shutting down scooters for certain hours and broadening education. Some people have proposed forcing scooter companies pay for the latter.

“Education is going to be a very important part of that," said Denver Public Works Spokesperson Heather Burke. "We want to ensure everyone is getting around our streets safely so we’re looking into different options to how we can educate people."

In addition to education, city officials say they believe riders should pay more attention to the roads while using the scooters so they don't end up in an emergency room.

“We’ve had other horrible tragedies with people with permanent brain injuries, so I think it is as urgent a problem today as anything and we need people to be safe,” Dr. Lavonas said.

Denver7 asked the city for the exact numbers of injuries from scooter crashes, but they are still working on compiling data. This pilot program ends in about a month, at which point it is expected to be a permit program, so there's opportunity for more changes to be made going forward.