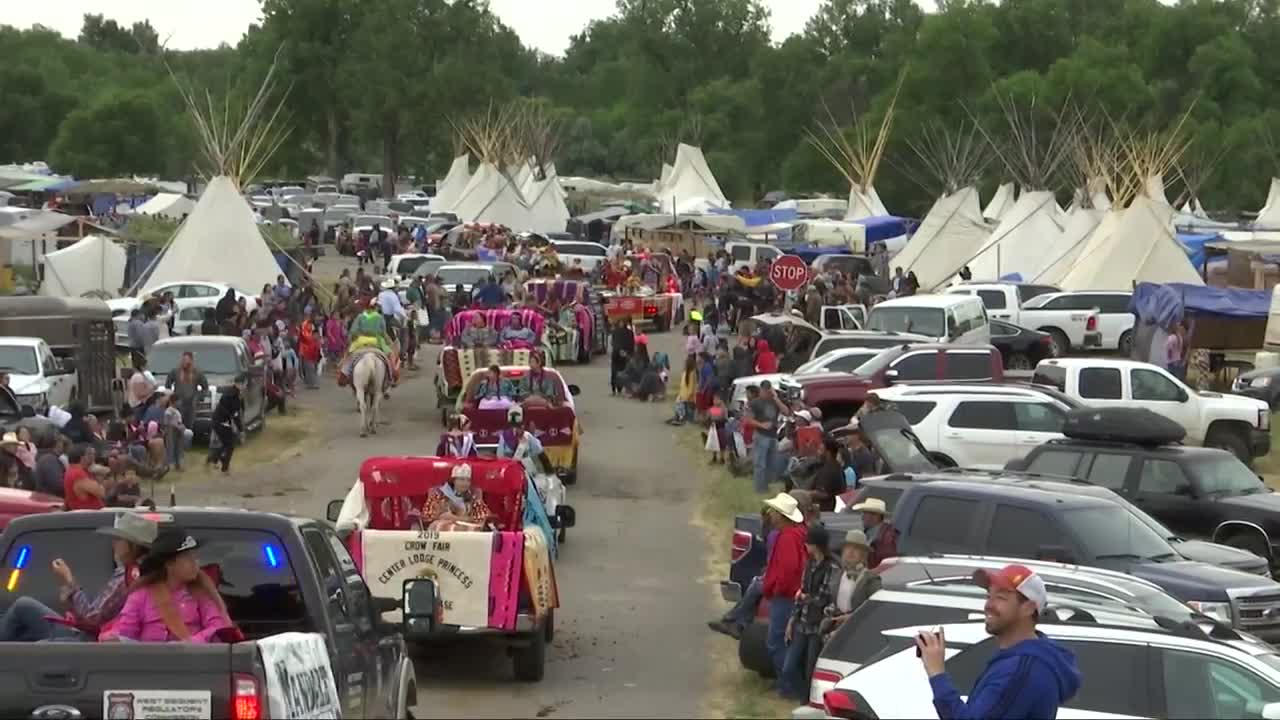 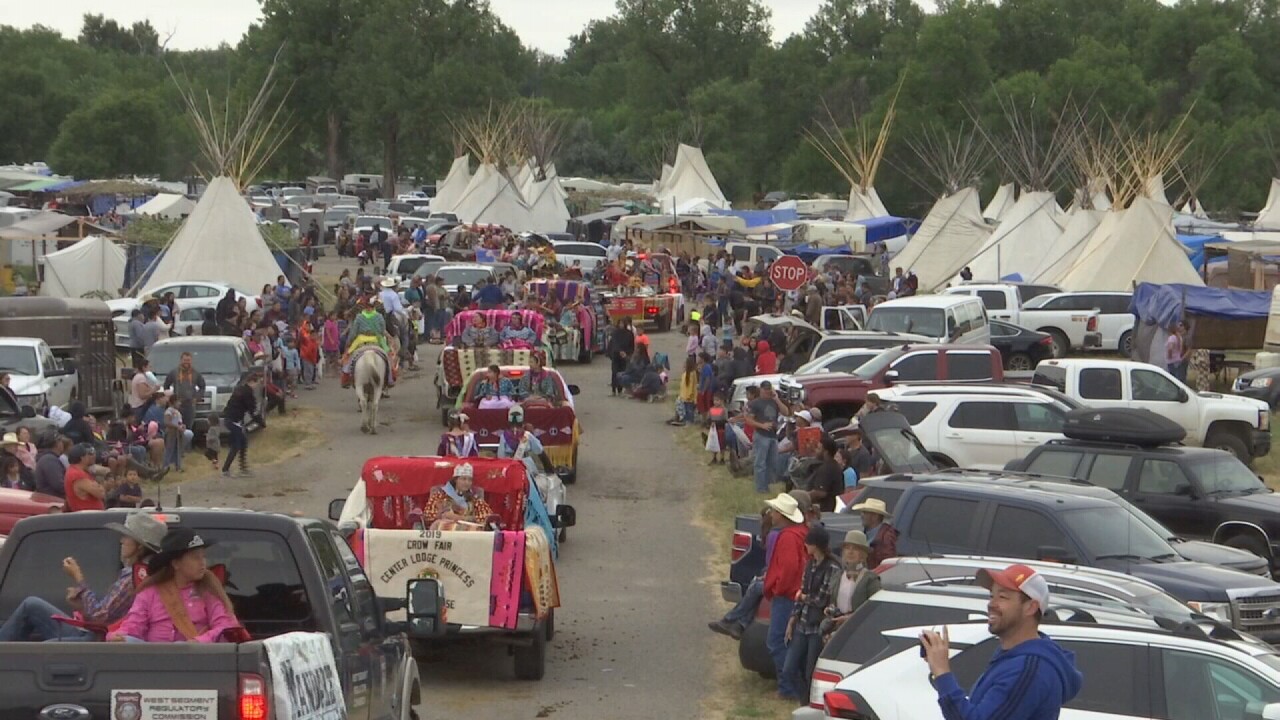 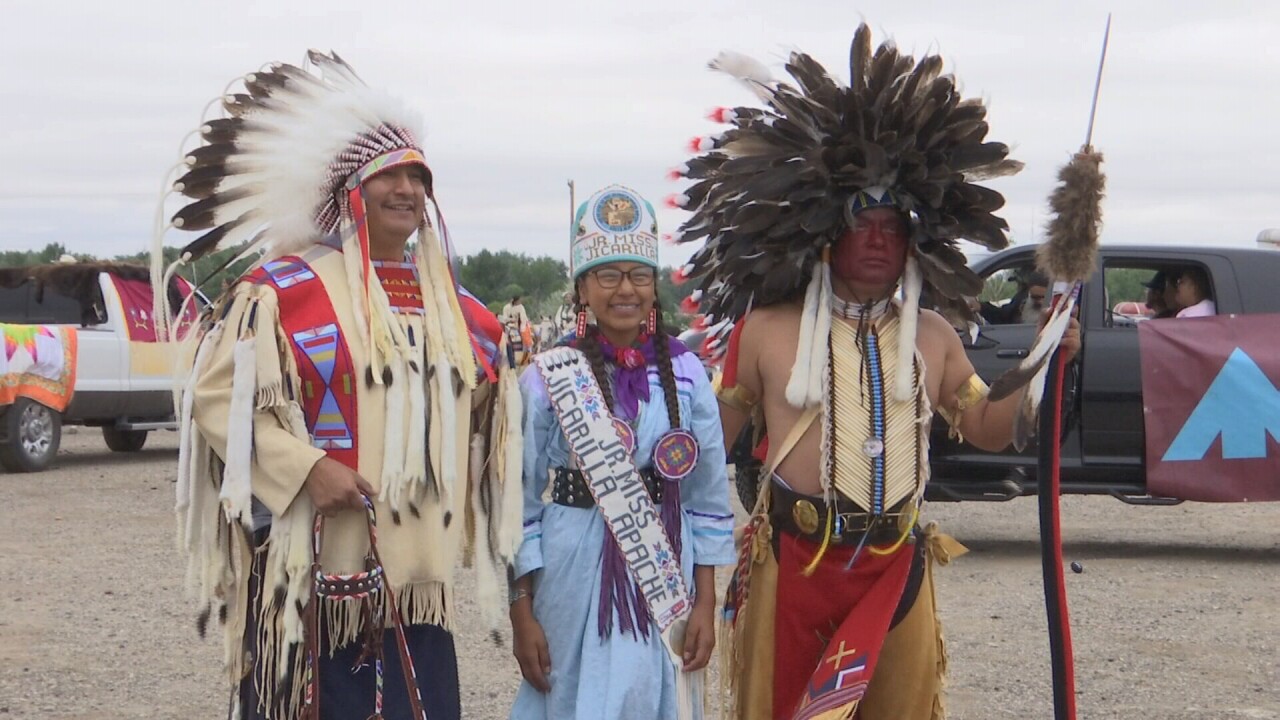 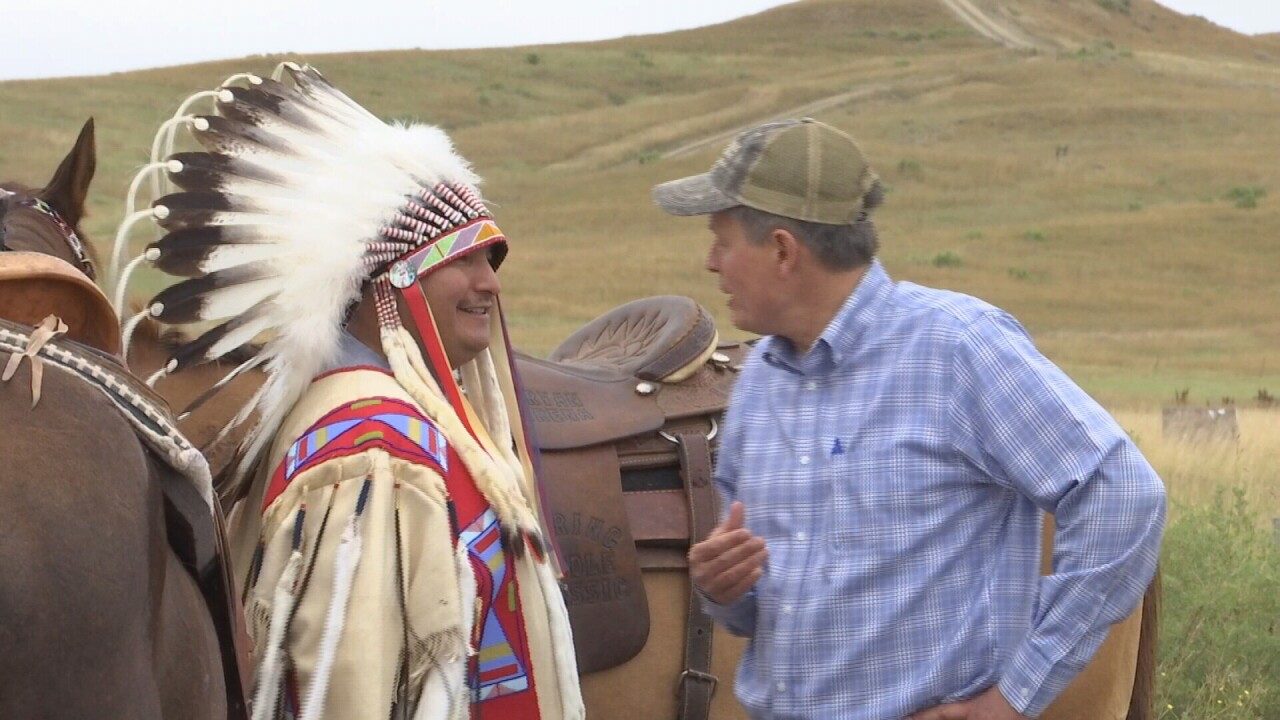 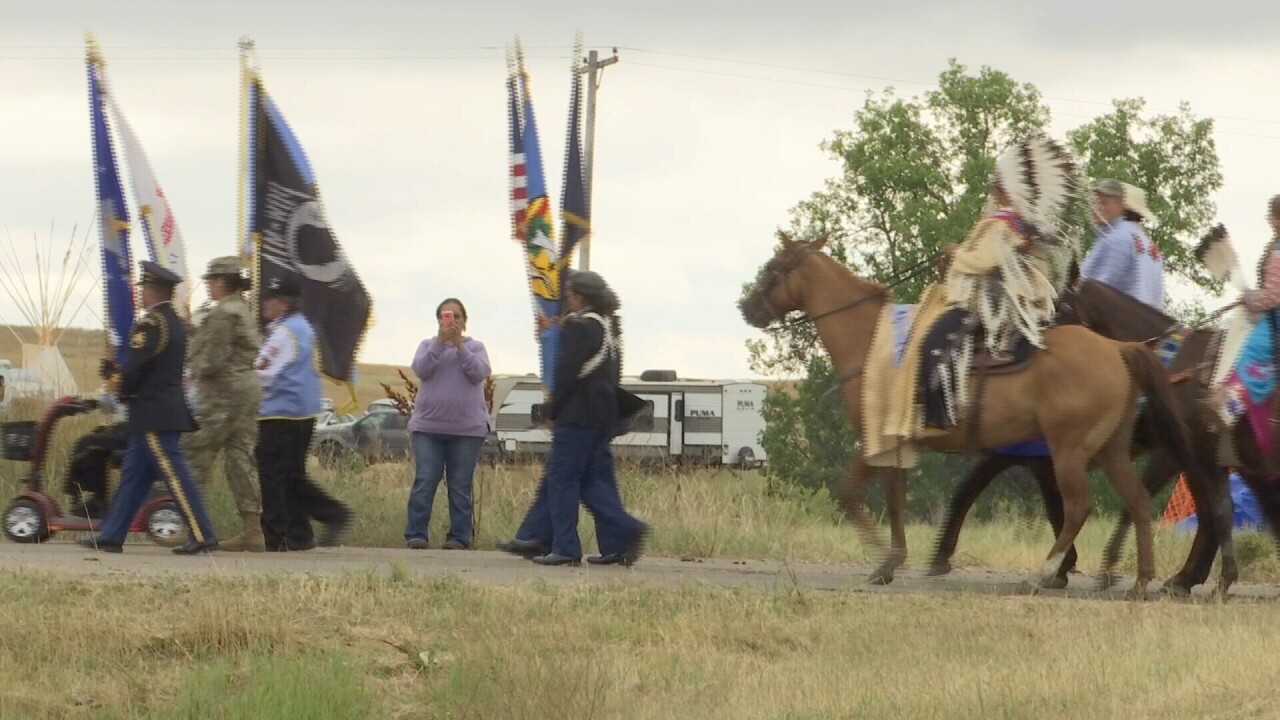 CROW AGENCY — Crow Fair is a tradition that goes back to the 19th century.

The annual event brings together more than just the Crow Tribe.

The big celebration on the Crow reservation is important to tribal members and also draws from tribes all over the country.

Tribal member and friends rode horses in the parade at the Crow Fair.

Not Afraid and Sen. Steve Daines, R-Mont., rode at the front of the procession.

“Always an honor to ride horseback with the chairman of the Crow Tribe,” said Daines. “The Crow have been friends of mine my entire life. Also struck by the veterans there today and how respectful they are to the flag. How respectful the people are.”

“To come up from Apache land up here, this is the first time for us,” said Dallas Loretto, a member of the Hickoria Apache Nation in New Mexico “And it’s nice to bring our culture here also and just to see the native unity.”

‘The teepees and the parade,” said Aaryonna Vigil, Junior Miss Hickoria and Loretto’s niece. “That and all the vendors that were here. Pretty big.”

“What this Crow Fair does is it allows tribes from all over the country and also Canada to share in culture and tradition of crow,” said Dion Killsback, a member of the Northern Cheyenne. “And also make new friends and see old friends.

Non-tribal members from other countries also come to Crow Agency.

“Last year we had some Mideast folks, we had folks from Germany, Poland, France, Spain, Portugal, even South America was really neat, we had even some folks from the continent of Africa,” Not Afraid said. “Coming to camp shaking hands and watching the fesitivites.

“The people we’ve met have been so loving and caring,” said Loretto. “There’s just so much friendships we’ve made the past two days we’ve been here.”

“Just an honor to be riding horseback here today,” said Daines. “Such a Montana kind of event.”

“Crows have always had to fight for survival and they’re still here,” said Not Afraid. “And I keep that close to my heart.”