Crow Chairman Not Afraid among tribal leaders to visit Trump 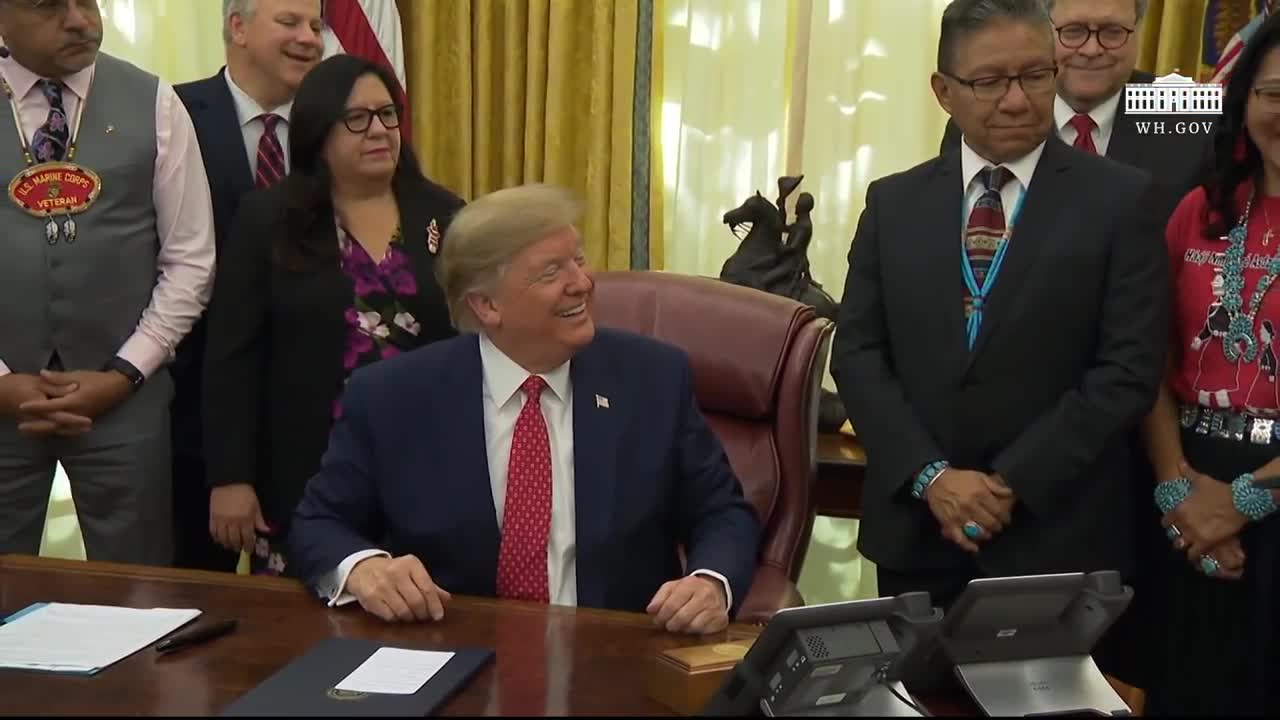 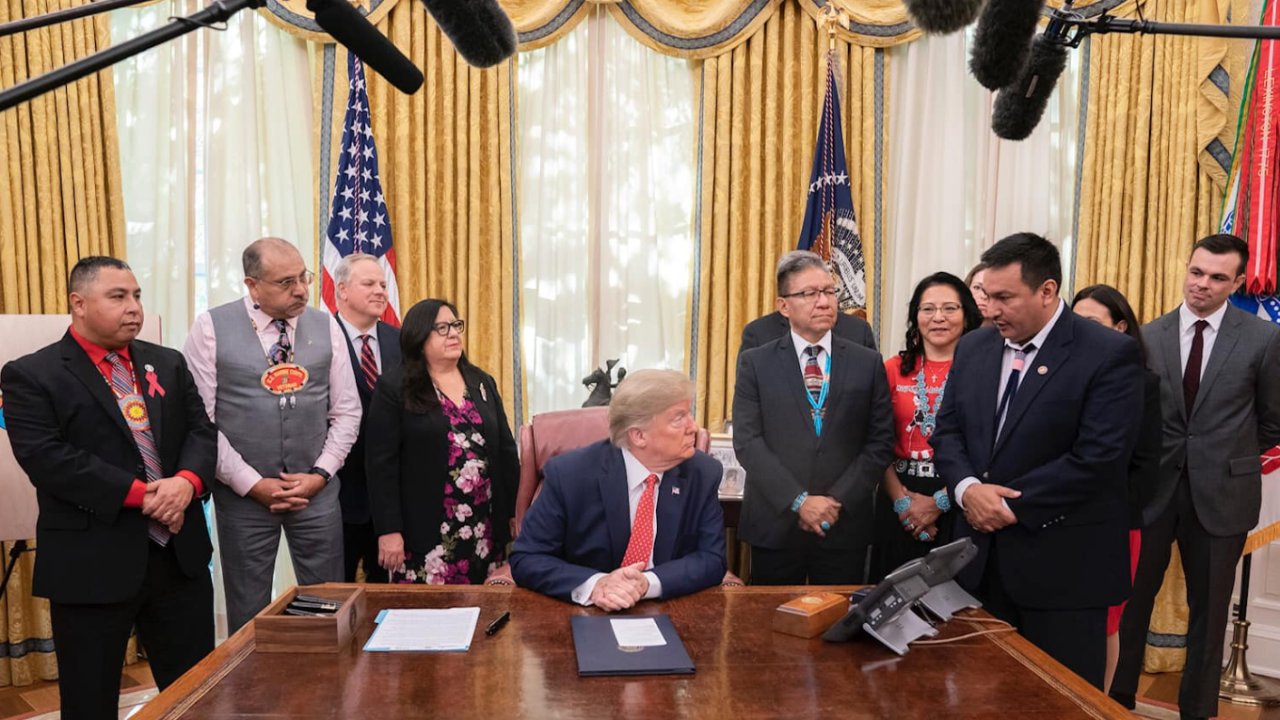 Crow Chairman Alvin "A.J." Not Afraid Jr. was among several Native American tribal leaders who traveled to Washington D.C. this week to visit President Donald Trump as he signed an executive order regarding Missing and Murdered Indigenous Women.

According to a post on the Crow Tribe of Indians Facebook page, Not Afraid stood near the president as he announced "Operation Lady Justice," an effort to prevent and better investigate criminal cases involving Native American women and children.

Trump and Not Afraid had a brief conversation during the event, according to an official transcript:

THE PRESIDENT: Where are you? Come here. Say a few words.

MR. NOT AFRAID: Yes, sir. First of all, President, we are honored that you recognize the Native Nations, as well as the Crow Nation. We have been proponents of the Trump administration and all the endeavors.

THE PRESIDENT: Thank you.

MR. NOT AFRAID: And understanding that I personally am affected by the missing and murdered indigenous women events that are circulating. So knowing that you support in the realm of this executive order, the Crow Tribe is honored. Thank you, Mr. President.

THE PRESIDENT: Well, thank you for coming. I appreciate it very much.

Is that true — you’re not afraid? Are you not afraid of anything?

THE PRESIDENT: (Laughs.) I want to know.

MR. NOT AFRAID: I also have a gift of our support of the Trump administration.