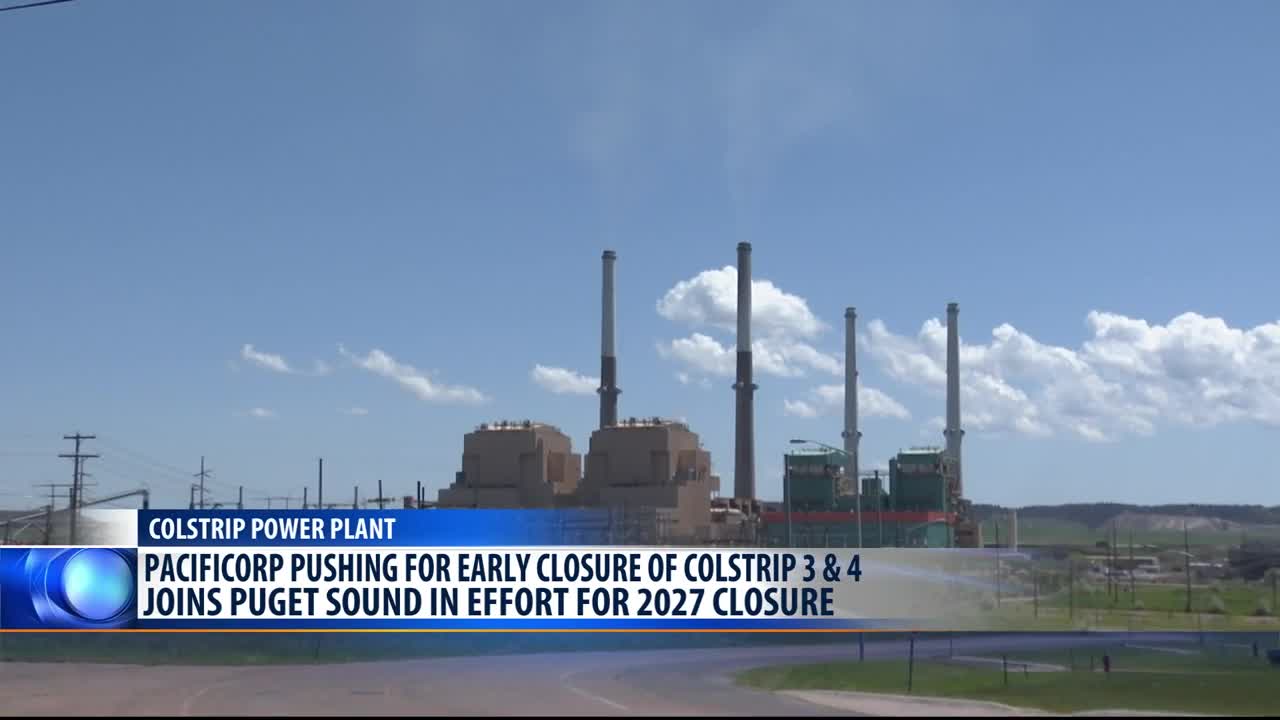 COLSTRIP — Another part owner in the Colstrip 3 & 4 power plants has unveiled plans to reduce its reliance on coal-fired power and potentially accelerate the plant's closure.

PacifiCorp's new long-term energy plan calls for large investments in new wind and solar resources, while at the same time retiring Colstrip Units 3 & 4 in the year 2027 instead of 2046.

The other co-owners in Colstrip include Northwestern Energy, Avista Corporation, Portland General Electric and Talen Energy.

The plant's two oldest units, 1 & 2, are slated to close by the end of this year because they are no longer economically viable.

PacifiCorp's 20-year energy plan also calls for investing in more than 1,900 megawatts of additional wind generation in Wyoming,along with 1,400 megawatts of new solar projects in the Cowboy state.