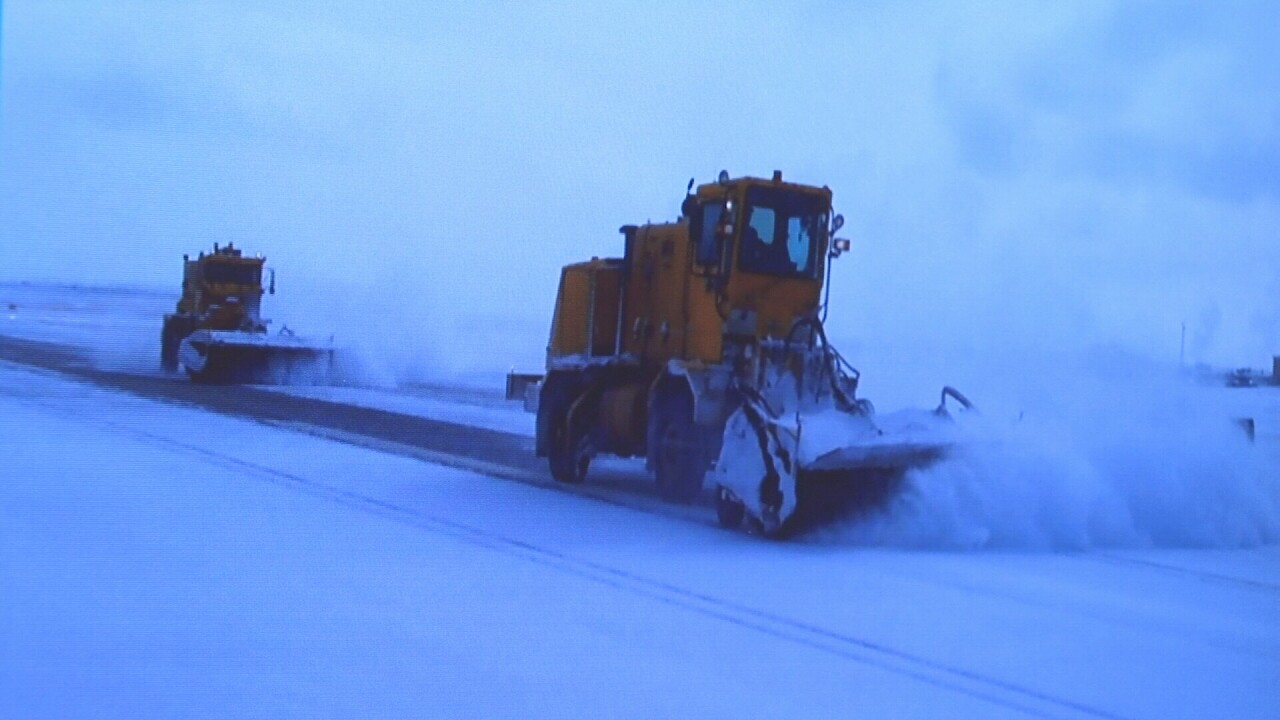 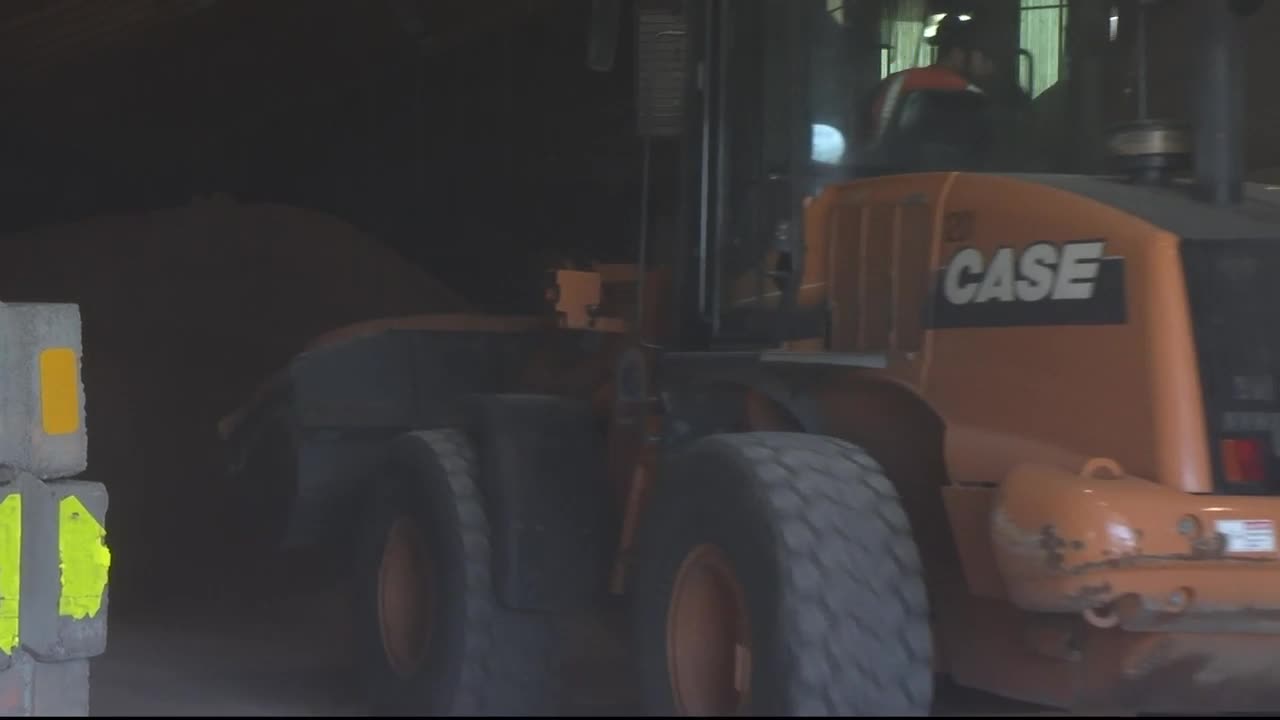 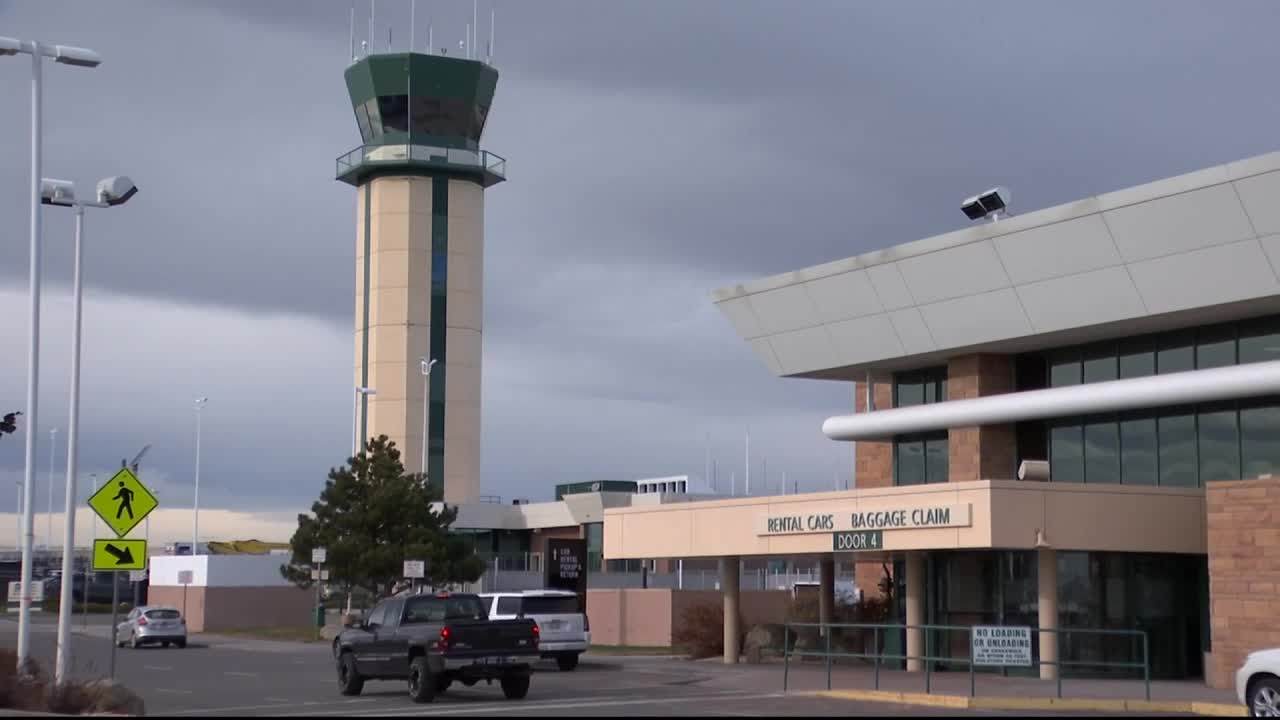 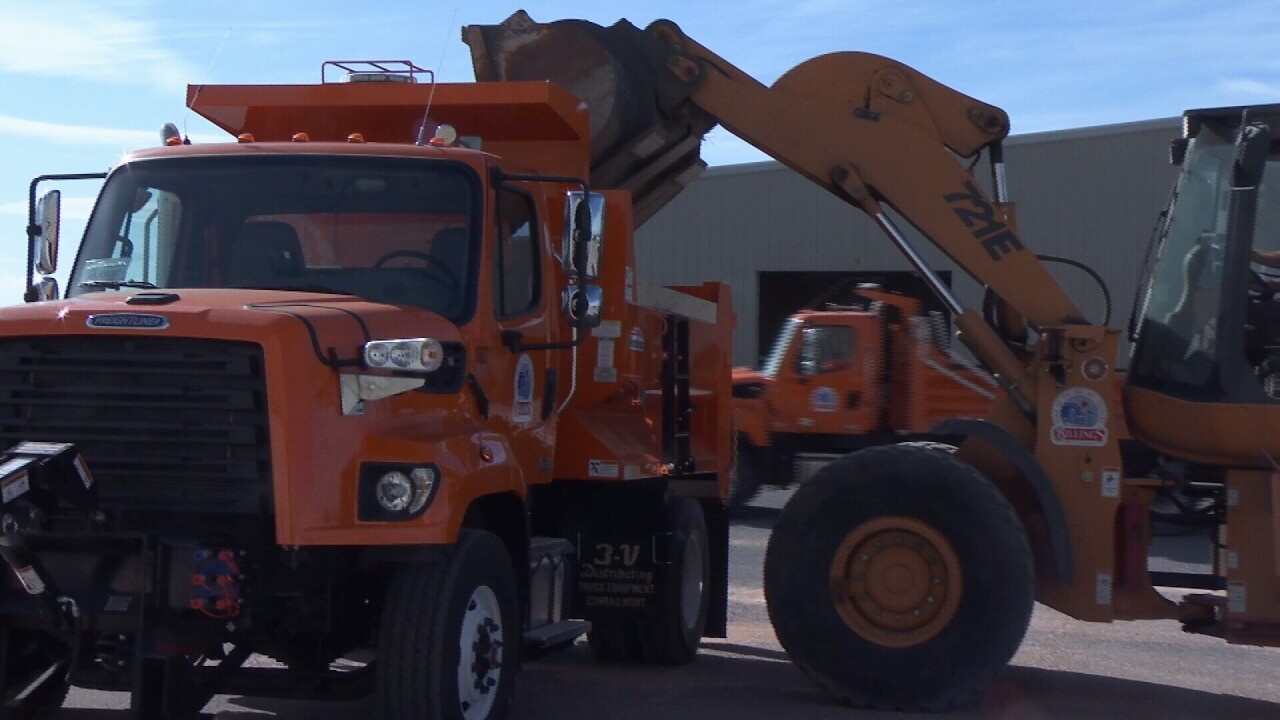 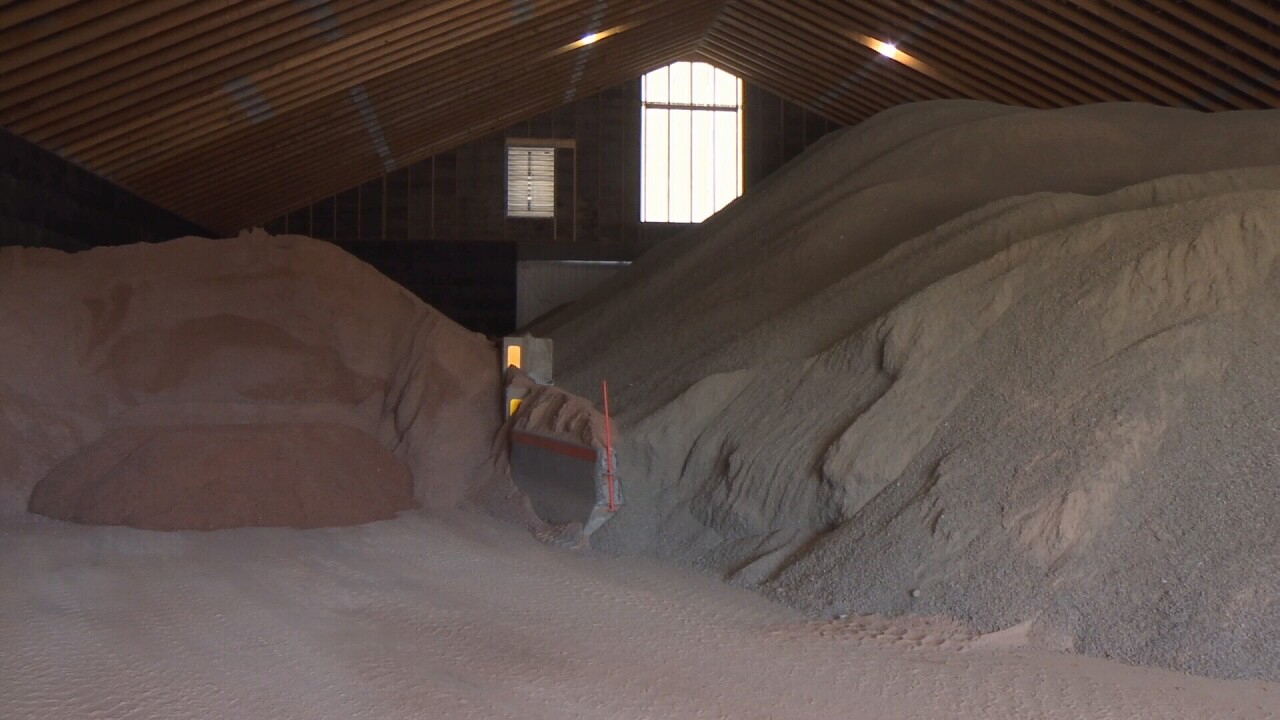 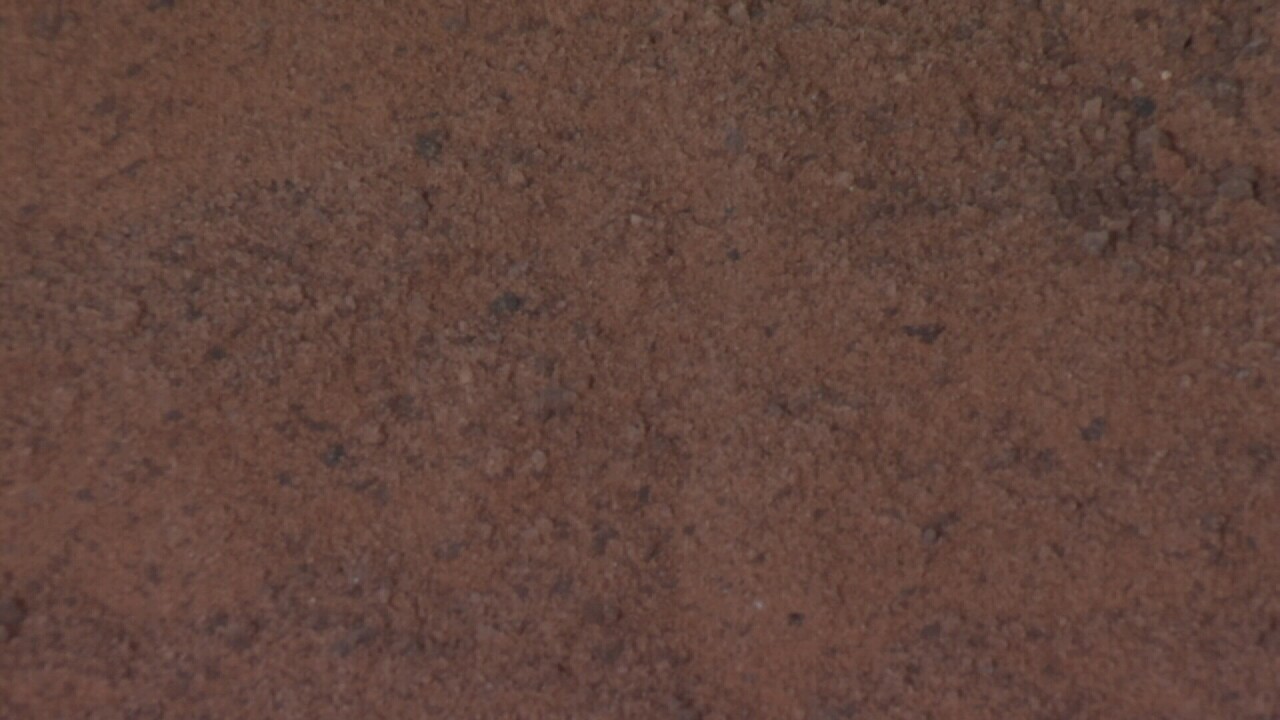 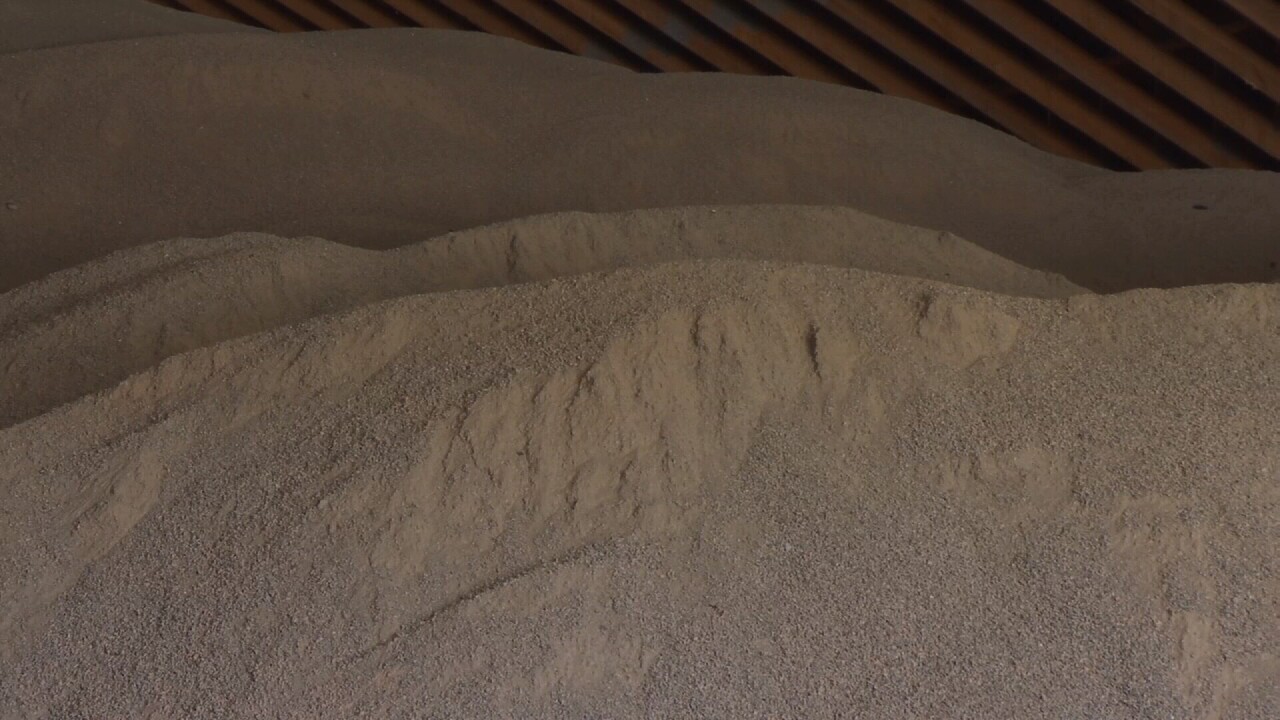 BILLINGS — City of Billings snowplows and crews at the Billings Logan International Airport Tuesday were preparing for an expected 8 to 10 inches of snow to be dumped on Billings early Wednesday morning.

City crews were filling trucks with with dirt to help drivers get better traction on slick roads.

Today, Kemp said a type of dirt known as Ice Slicer was loaded into the plows. Ice Slicer is red and made of potassium, magnesium and other elements to melt snow and ice. Kemp said the Ice Slicer is used when temperatures don't dip below 20 degrees.

The other dirt mixture spread on the streets of Billings is called sand salt. The sand salt is gray and made up of 10 percent salt so it will not freeze in the back of the plow. The sand salt is composed of fractured rocks that are less than three-eighths of an inch in size.

Kemp said the storage facility at public works will be re-filled with dirt between two to three times over the course of one winter.

At the Billings airport, crews are preparing for the possible task of clearing two miles of runway.

“We’ve had many of these occur over the years and we’re ready for it. We’ve been watching the weather forecast for the last few days. We have staff available. Crews are on standby, ready to go,” said Shane Ketterling, the assistant director of aviation and transit at the airport.

The airport and the city have different plows. The airport's plows operate at a high speed with a 20-foot wide blade, much larger than the ones used to plow the city. The airport also has broom trucks, snow blowers, de-icers, and sanders.

“It’s specialized, unique equipment built specifically for airports," Ketterling said. "“We have an official snow and ice control plan that has to be approved by the FAA so it is very thorough and it covers every kind of snow we could get. Whether it’s a light, dry, fluffy snow or ice storm."

Ketterling said the experienced crew is made up of 18 people to plow the airport 24/7. He's expecting business as usual early Wednesday morning at the Billings airport.

“The airlines are all aware of the weather," Ketterling said. "They are ready for it as well. Hopefully it will be operations as normal. Other than dealing with the cold and the snow, planes should come and go. Everything should work as it normally does.”