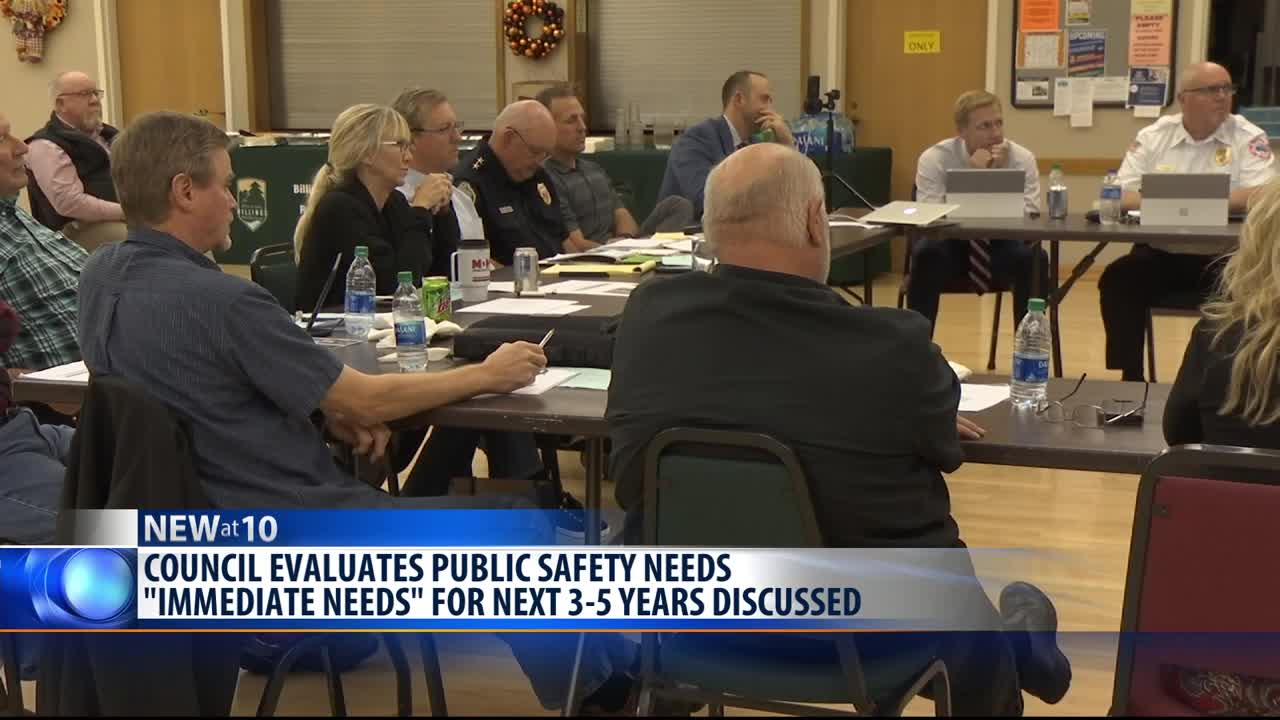 Billings police and fire chiefs, and a representative from the Yellowstone County 911 dispatch center, met to take in 47 PowerPoint slides prepared by city staff. The slides contained a wealth of information about first responder data, prosecutor case loads and comparisons to cities of a similar size to Billings.

The city is staring down a $5.4 million dollar shortfall in its public safety and general funds in 2020.

The meeting was held to determine the scope of what public safety should look like in Billings in the future.

Kukulski mentioned that public safety doesn't just encompass the police and fire departments. Public safety involves the 911 dispatch, the first responders, all the way to the courts with prosecutors and judges.

“If we only dealt with their (police and fire) aspects of public safety, we would not be successful. Because there is a system that has to function properly on both sides," Kukulski said. "The criminal justice system doesn’t function if it doesn’t have a prosecutorial component working functionally, a court system.”

According to the slides prepared by city staff, case load numbers for the justice system have increased 55 percent between 2007 and 2017.

Billings has three prosecutors with a case load of 1,378 each. That's compared to five prosecutors in Bozeman that handle 875.8 cases each.

And the amount of police officers on the Billings force has grown from 135 to 153 over the past 10 years.

"We are behind the eight ball," Billings Police Chief Rich St. John said. "We've been working lean and mean for many many years, and it has caught up with us."

City staff in conjunction with its departments developed a set of "immediate needs" (starting on page 41) in public safety that could be phased in over the course of three to five years. Among those "immediate needs" are the hiring of 36 new police officers.

Right now, Billings police can effectively respond to about five calls per hour, but the actual number of calls is double that.

But adding officers is kind of tricky. In order to add one more body to cover a 24-hour period, the city would have to hire about five officers to cover all the shifts.

The city has been planning for months to float a mill levy, paid for by city property owners, to pay for these new positions. At the meeting, Kukulski also mentioned the possibility of the Council creating a public-safety district, which could then directly collect property taxes for public safety.

He quickly added, however, that voters likely want a direct say in the matter. Mayor Bill Cole then asked Kukulski and other city staff to keep this option "on the back burner."

Indications were that the city is trying to move forward with this process as soon as possible, possibly trying to get something on the ballot early next year.

No final decisions were made at the work session.