Billings firefighters show off restored engine at Burn the Point 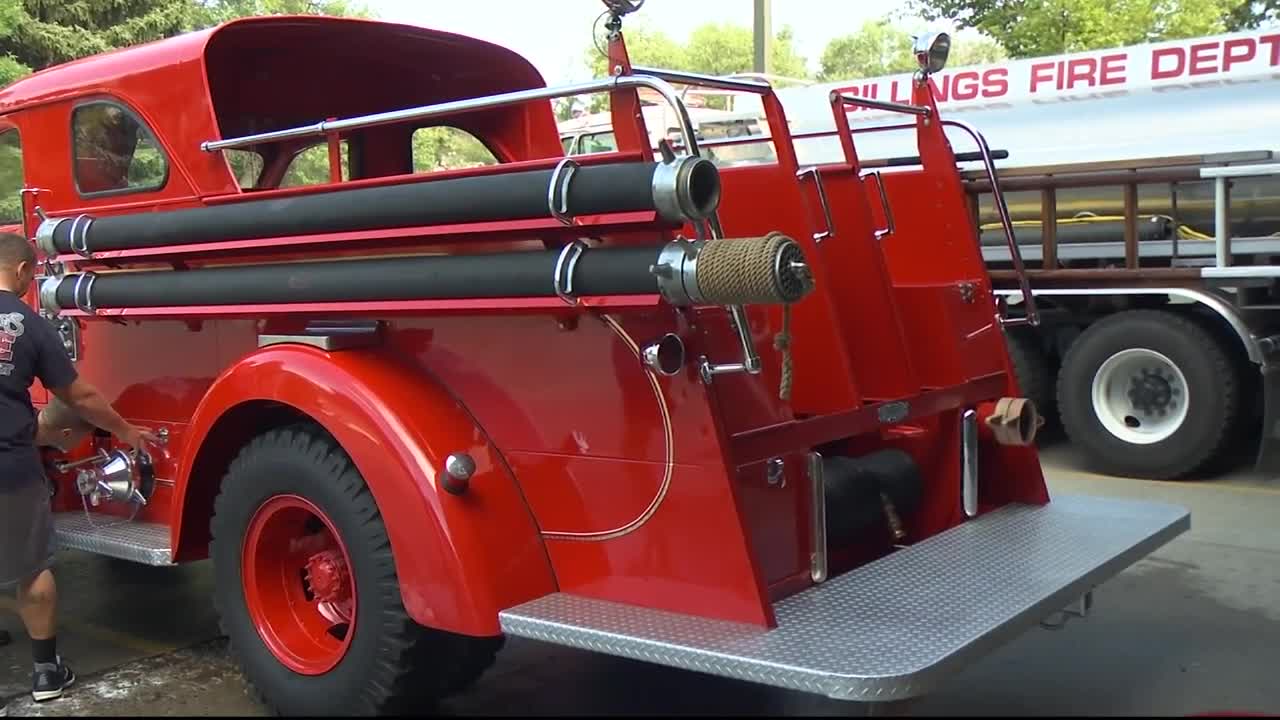 BILLINGS — The Billings Firefighters 521 union restored a 1948 Seagrave E3285 fire truck that used to be in service in Billings to show at Burn the Point Friday.

"I hope they enjoy watching it as much as we have had working on it," said Billings Firefighter Cameron Abell. " We finally got it to where it's parade ready and ready for the public to see."

According to original records, the engine was purchased by the city of Billings in 1948.

"It was in service i believe in the downtown fire station where city hall is right now," Abell said. "If you folks look when you drive by City Hall, there is two doors that they filled in that says fire on top of them."

The firefighters' union purchased the engine from a private seller with the intention of restoring it.

"We've taken it, stripped it all down to bare bones, taken everything off of it, got a new paint job, new striping, new appliances," Abell said. "So we figured this year would be the good year to get it out and about on its 60th anniversary."

Abell said there is still some work to be done on the engine. The firefighters will fix gaskets on the pump to make it actually pump water. They will also add some wood planks in the back of the engine so people can safely ride on the back.

It means a lot to the firefighters that the engine that started its career in Billings will stay there.

"It's an amazing thing that this engine served here in Billings and we're able to bring it back to life and finish out the rest of it's career hopefully the next 100 years here in town," Abell said. "So it's pretty cool I think that it's living here where it started."