Final results are in for the Billings City Council primary election 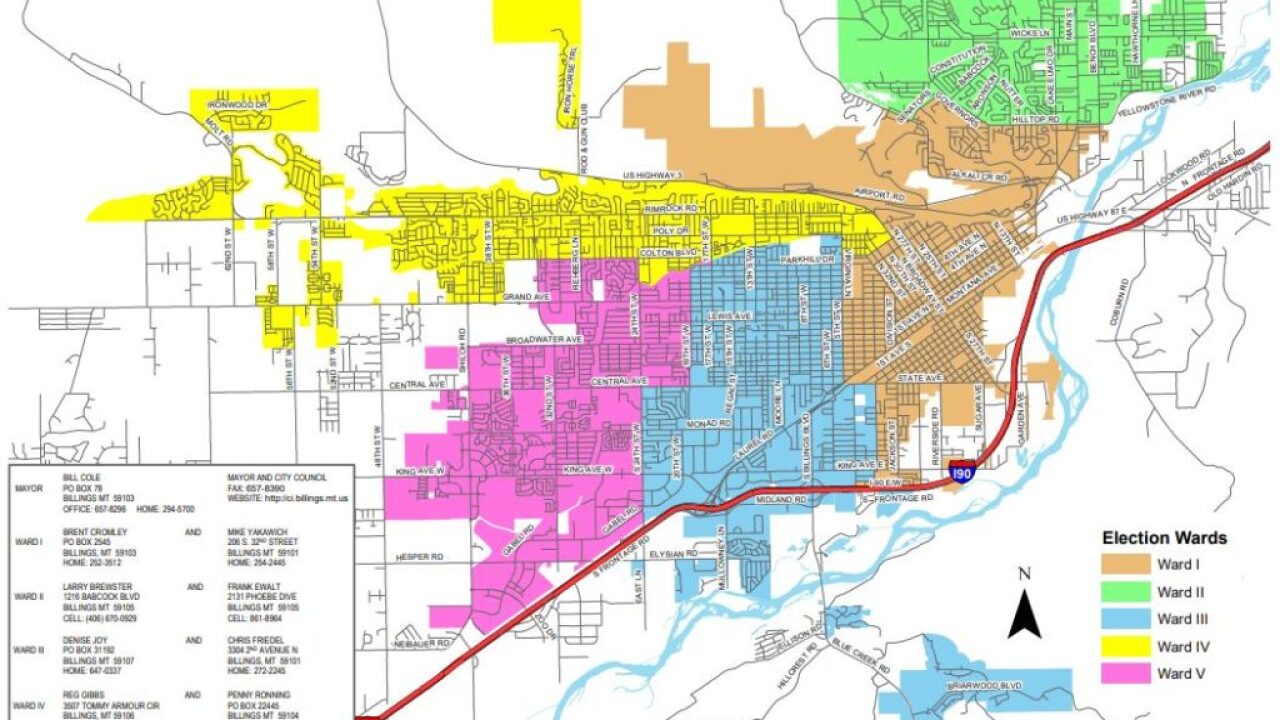 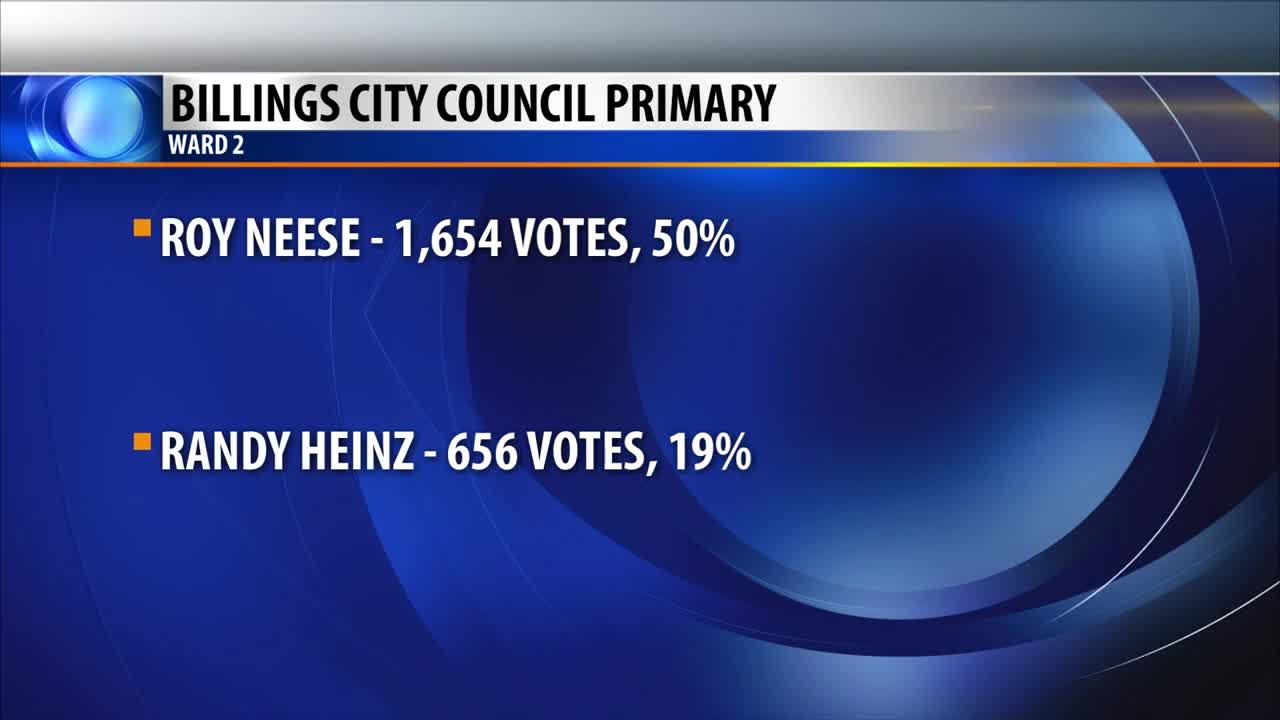 BILLINGS — Final unofficials results are in from the races for Billings City Council. Below is a list of all the candidates and the amount of votes they received. The asterisk indicates the two candidates expected to be advancing to the general election.

(Ward 3 did not vote in the primary due to lack of candidates.)
Ward 4

Billings Mayor Bill Cole offered his take Tuesday night on the issues the candidates should be aware of heading into the general election.

"I want to offer my congratulations to those who will advance from the primaries to the general election," Cole said. "I thank those who did not advance for their willingness to serve our community and their courage to expose themselves to public examination."

Cole said the main issue candidates will have to tackle is the $6 million gap in Billings' general and public safety budgets.

"In recent years we’ve shifted resources to hire more police officers and meet other public safety needs," Cole said. "But the money has simply run out. We need more police, prosecutors, firefighters, fire stations and civilian support staff. But the reality is that we don’t have a sustainable way to pay for what we have now without passing a new public safety mill levy."

Cole said himself, the City Council and city staff have been meeting to try and determine the scope of what a public safety levy may look like.

No matter what, Cole said the candidates that make it to the council will have their hands full.

"Some might wonder what they’ve gotten themselves into," Cole said. "The candidates can’t wait until the general election is over to get up to speed. They’ll need to hit the ground running if they win the election."

Cole added that candidates should be attending council meetings in the mean time. And that the Billings City Council is like, "drinking from a fire hose and every year the pressure in the hose gets a little bit stronger than the year before."