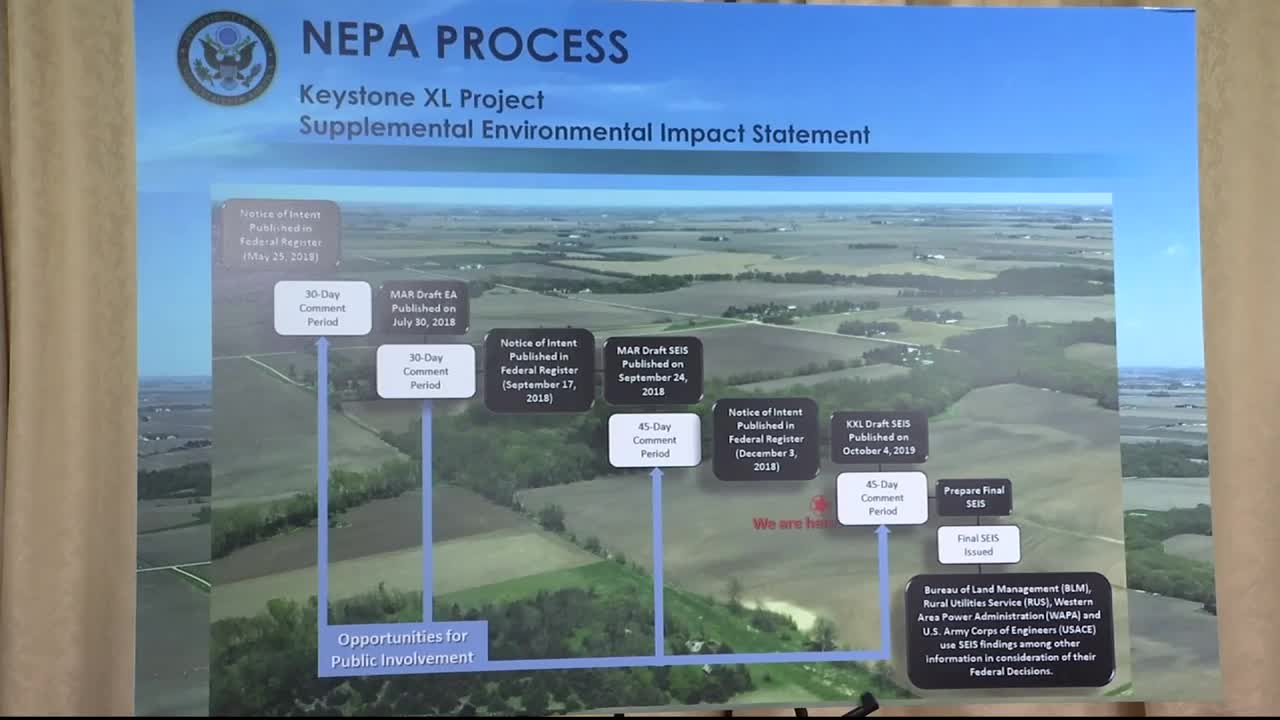 BILLINGS — The long and winding road for the controversial Keystone XL pipeline stopped off in Billings Tuesday night.

At the Billings Hotel and Convention Center, the public got its first and only chance to meet and question government officials about the project's new draft environmental impact statement.

About 200 people weighed in and officially commented regarding the U.S. State Department's report on how $10 billion Keystone XL pipeline project will affect the environment, including impacts to waterways and public lands.

Developer TC Energy, formerly known as TransCanada Corp., is seeking to build the pipeline to move oil from the tar sands of Alberta, through Montana and South Dakota, before connecting to an existing line in Nebraska. The oil would supply refineries along the Gulf Coast.

The proposal has been on the drawing board for about 10 years. This summer, environmental groups, including Billings-based Northern Plains Resource Council, filed suit to block the State Department permit, arguing it failed to adequately evaluate the project's impact on waterways.

The open house format allowed for people to submit written comments. Or, if preferred, they could meet one-on-one with a State Department stenographer who would take their statement.

Among those traveling to take part in the meeting were county commissioners from Prairie and Rosebud counties, who see the Keystone as a saving grace for the local tax base.

"The pipeline has the ability to put roughly $25 million back into the pot, so we need to keep those schools funded. Most of that money is dedicated to the schools, so we need that revenue," Rosebud County Commissioner Doug Martens said.

Added Todd Devlin, Prairie County commissioner: "This project, in itself- we're estimating at making our tax base three times what it is now."

Jane Kleeb of the group Bold Nebraska, which opposes the pipeline, said she has serious issues with the State Department's open house format.

"I don't consider this a real public engaging process. Some of the posters are just incorrect and wrong, You know, 67 tribes are not consulting with the State Department, only a handful are. So this is one of those issues where I wish our government would do better," Kleeb said.

Representatives from Montana's Fort Peck and Fort Belknap tribes said TC Energy has failed to consult with tribal leaders, who fear the pipeline could leak and threaten their water supply.

"We are serving 13 schools, four hospitals and about 20,000 people. By next year we'll be up to 30,000 people, five hospitals and 17 schools. If Keystone Pipeline broke, it would destroy our water," said Bill Whitehead of the Assiniboine & Sioux Rural Water System.

"The need is still there. Our customers are supporters of it and so are a majority of North Americans. We all rely on fossil fuels today. We understand there is a transition to more renewables and our organization is very much committed to that," Cunha said.

The project sill needs two permits to move forward: one from the U.S. Bureau of Land Management, the other from the U.S. Army Corps of Engineers. Both are waiting approval of the new draft environmental statement.