6 dead in 4 accidents over 4 days in northeastern Montana 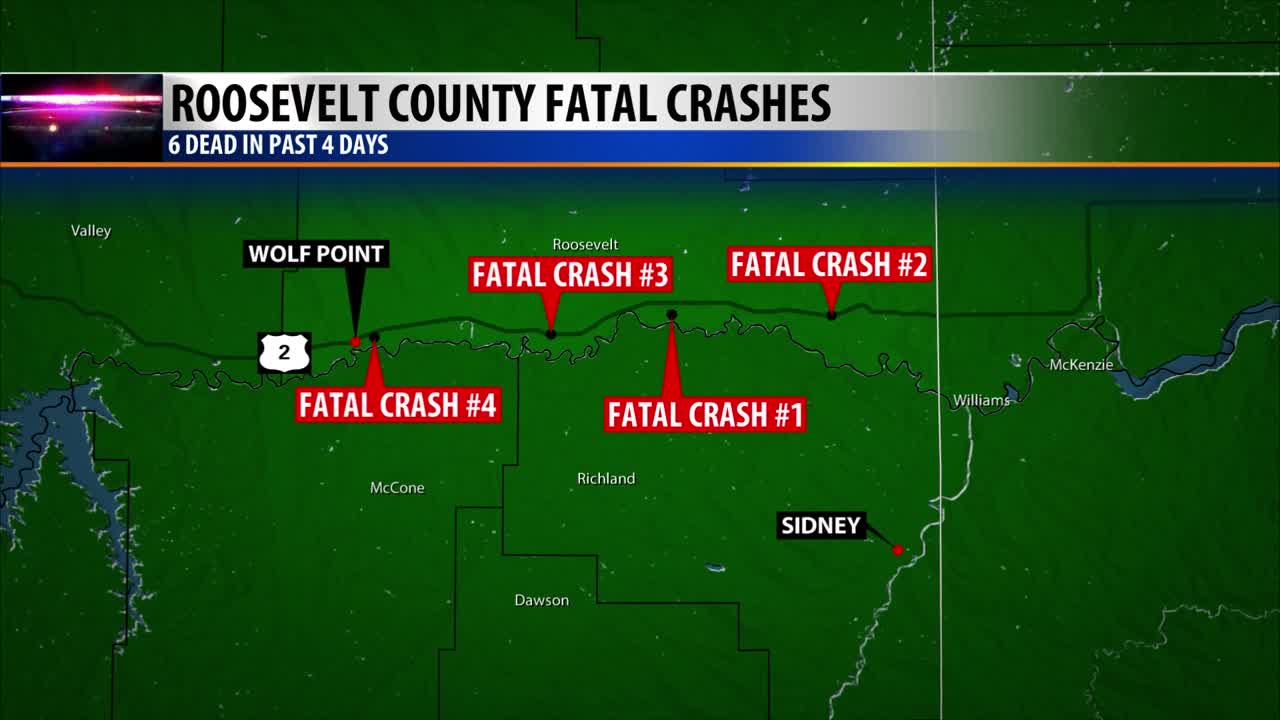 ROOSEVELT COUNTY — It was a deadly weekend on the roads in Northeast Montana as four separate accidents claimed six lives in Roosevelt County.

According to Montana Highway Patrol, the fourth accident happened around 5 a.m. Monday in Roosevelt County.

A single male occupant in a Pontiac minivan was traveling west toward Wolf Point, drifted off the north side of the road, over corrected and rolled multiple times. The man died on the scene.

Alcohol and drugs are not a factor, and he was wearing a seat belt.

According to the highway patrol, this brings the total number of fatalities on Montana roads up to 115.