406 Pride gets letter of support from Stonewall Inn owner 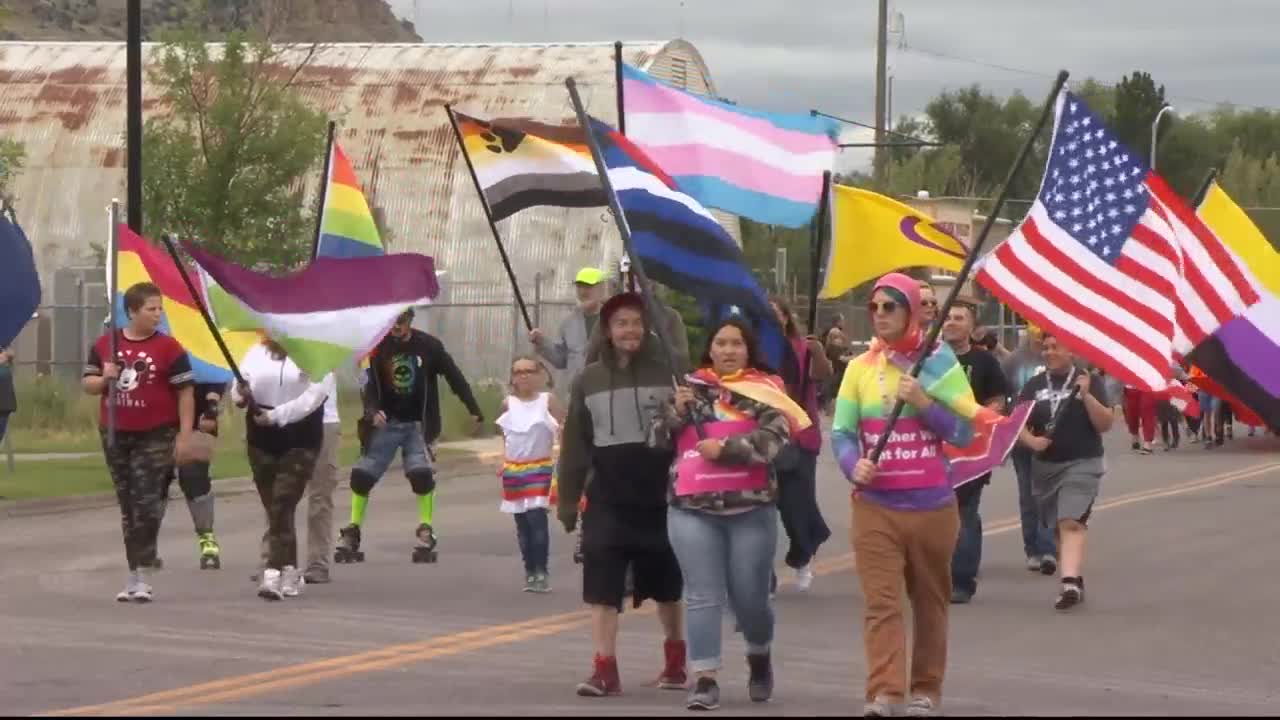 BILLINGS — The 2nd annual 406 Pride Festival marched on in Billings Saturday with the owner of The Stonewall Inn sending a message of support after the festival's banners were vandalized last week.

"I don't even have words, it's indescribable how much that means to me," said 406 Pride President Shauna Goubeaux.

This year, the 406 pride festival remembered the 50th anniversary of the Stonewall riots.

Goubeaux read the message from the festival stage at North Park after LGBT+ people and their allies marched through downtown Billings.

“The Stonewall Inn reached out to us after seeing what happened this week in Billings Montana," Goubeaux said from the festival stage. "Stacey, who owns Stonewall, sent this message to all of you.”

The statement reads in part:

“I wanted to reach out and let you know that we with you in spirit and thinking of you as you get ready to celebrate your pride festival, and honor the 50th anniversary of Stonewall. I, like so many of the LGBTQ community, were gutted to learn about the vandalism of your pride posters and banners. But I hope it makes you more empowered and passionate about the need to celebrate love and not let hate win."

Goubeaux said 406 Pride received many messages of support from a lot of different people after the vandalism.

"We've had a lot of different places reach out to us and say hey, we're here, we're with you, we're backing you," Goubeaux said.

People marched through Billings with the intent to bring LGBTQ+ people equal civil rights under the law.

"We will continue to march until we are given equal rights," Goubeaux said. "Until sexual orientation and gender identity are protected classes just like any other minority group in America, we march. That's why we have our pride parade."

406 Pride opened its resource center in March, and Goubeaux said the group is helping more people all the time.

“It’s growing," Goubeaux said. "We’ve been open for about 18 months since we’ve founded our organization. We plan to keep growing. We’re doing outreach, education, creating safe spaces for LGBTQ youth, and things like the pride festival.”

There are some new and established support groups that the resource center holds to try and support LGBTQ+ people in the Billings Community.

"While parenting is difficult, it’s got a special difficulty when you’re an LGBTQ parent and your kid is known as the kid with two moms everywhere he goes,” Goubeaux said. “We want to build that community up to give each other support and give our kids a place of support too."