BILLINGS – A group committed to ending male circumcisions was in Billings on Wednesday as apart of an 18-city tour over 20 days.

“The Bloodstained Men” were sharing their message to passing motorists at South 24th Street West and King Avenue.

In a press release, the group said the protests were planned to deliver a “visually-arresting message concerning human rights: No one should alter the body of an unconsenting person without acute medical need.”

The protesters were in Gillette, Wyo. on Tuesday and plan on staging similar protests in Great Falls on Thursday and Helena on Friday. 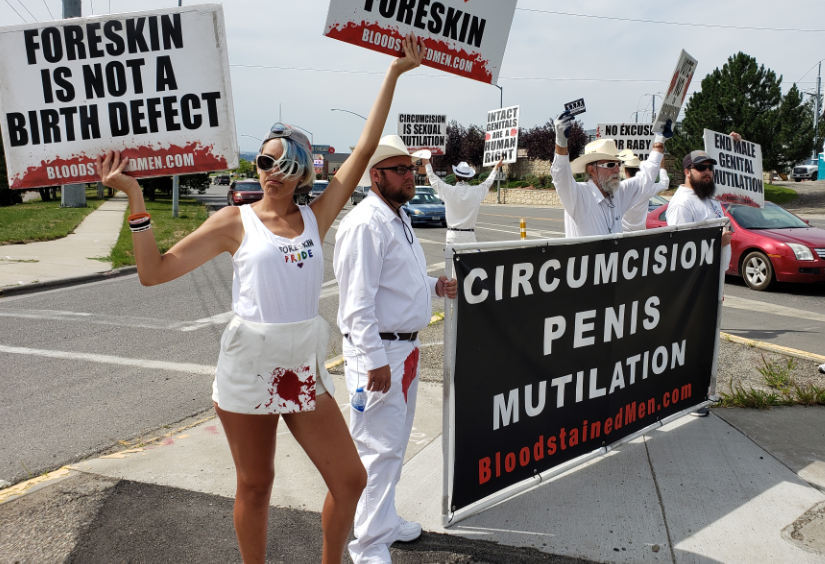