KOOTENAI COUNTY, Idaho – A plane from Billings made an emergency landing on a highway in Idaho on Thursday evening.

According to CBS affiliate KREM2, the incident happened on Highway 97 near South Caribou Ridge Road.

The Idaho Highway Patrol said no one was hurt and there was no damage as a result of the landing.

The pilot, 52-year-old Scott J Morledge-Hampton of Billings, was flying to Felts Field in Spokane from Billings when the engine on the 1979 Beech V35B failed, according to the patrol.

Morledge-Hampton was the only person on the plane. He was attempting to land on a dirt road, according the Kootenai County Sheriff’s Office. 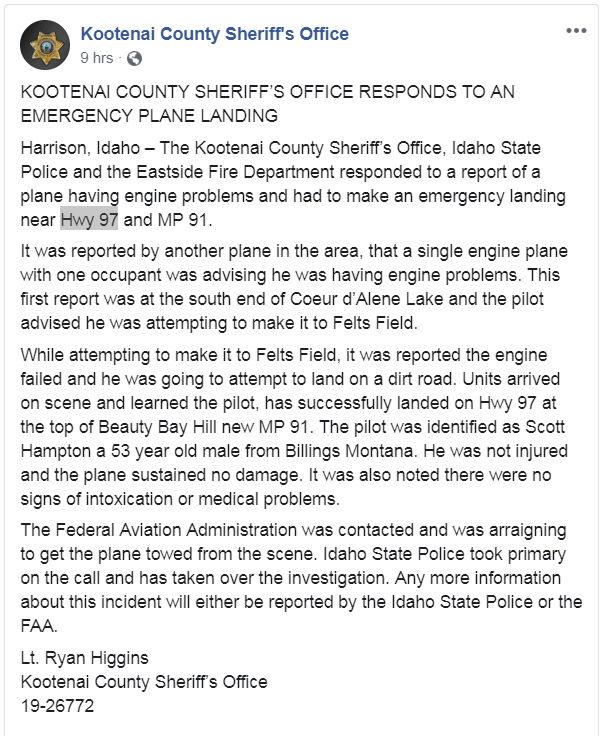 The sheriff’s office said another plane in the area was the first to report the incident.

The pilot successfully landed on Highway 97 at the top of Beauty Bay Hill.

The plane was able to pull into a nearby driveway and the road was not blocked.

Authorities said the pilot showed no signs of intoxication or medical problems.

The Federal Aviation Administration was arraigning to get the plane towed from the scene Thursday night.