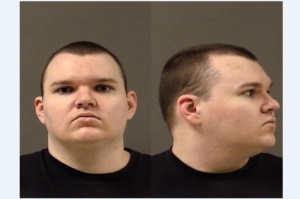 BILLINGS – A Billings man who admitted to selling methamphetamine as part of a larger trafficking conspiracy, was sentenced Thursday to 48 months in prison and five years of supervised release, according to a press release from the Montana Department of Justice.

Steven Amundson pleaded guilty in October of 2018 to possession with intent to distribute and was sentenced by U.S. District Judge Susan P. Watters.

In April 2018, law enforcement began investigating a meth conspiracy that was importing large quantities of meth into the Billings area, the prosecution said in court records.

A confidential informant led agents to Amundson, whom the informant had bought ounce quantities of meth from on multiple occasions. Agents also bought an ounce of meth from Amundson in an undercover buy.

Amundson’s supplier was co-defendant Wilfrido Varelas-Rubio, who repeatedly brought multiple pounds of meth to Billings and provided multiple ounces to Amundson for redistribution. In a search of Varelas-Rubio’s hotel room and vehicle in Billings, agents found nearly 4.5 pounds of meth. Varelas-Rubio was convicted and sentenced to nine years in prison.