Downtown Billings restaurant closes, but plans to reopen in 2020

BILLINGS – A Billings restaurant has temporarily closed its doors after deciding to wait for renovations being done at the Alberta Bair Theater to finish.

Seva Kitchen on North Broadway across from the theater plans on reopening when the theater itself reopens in the fall of 2020.

Owner Harvey Singh said the noise made it difficult for customers to enjoy meals on the patio. 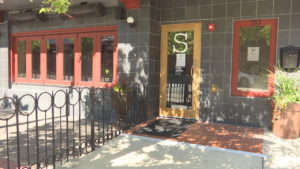 Employees were seeing fewer tips as well with the decrease in traffic.

Singh tried to keep up with payroll but decided it would be too costly to stay open.

Singh said business went well before the renovations. “We’re not upset or mad at the Alberta Bair,” Singh said. “It’s for the greater good for downtown. And it’s just not feasible to stay open with no business until they open up again.”

The final two shows of the Seva Kitchen Concert Series have been canceled and ticket sales will be refunded.