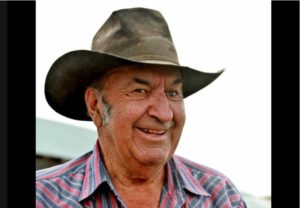 UPDATE – The Musselshell County Sheriff’s Office has confirmed that Sam O’Hanesian, for whom officials had been looking after he went missing Saturday, was found dead Sunday afternoon.

“It is with a very heavy heart that I must relay that Sam O’Hanesian has been located,” the post read. “He was an extraordinary man, who touched countless lives.”

Officials were searching for the man who had dementia after he drove away from his property Saturday.

No further details were released.

UPDATE –  According to Musselshell County Sheriff’s Office, an update was added to the original post and it appears that Mr. O’Hanesian has been located. It is unclear what his condition is at this time. This is a developing story. Please check back for more updates.

MUSSELSHELL COUNTY – A Roundup man afflicted with dementia has been identified as missing, according to a social media post from the Musselshell County Sheriff’s Office.

Sam O’Hanesian, “a well-known shop teacher, team roper, contractor, and all around good human being,” as he is described, was last seen between 8 and 8:30 p.m. Saturday evening.

The Facebook post details that O’Hanesian drove from his property south of Roundup on Saturday in a Maroon 2008 Ford Explorer. The vehicle’s license plate number is ACH912.

Call the Musselshell County Sheriff’s Office at (406) 323-1402 with any information regarding O’Hanesian or his vehicle’s whereabouts.