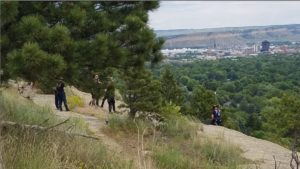 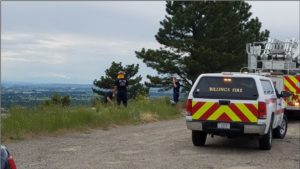 UPDATE –  Billings Fire Chief Bill Rash said the woman was apparently climbing down the Rims when she became stuck. A man saw her and tried to coax her back up but she either did not or was not able to. It is unclear if the man knew her. He then called for help.

Billings Police were able to reach her from below, but the woman appeared to be having mental health issues and became combative with the responders.

Billings police and AMR were then called and it was decided that they would bring her back up top, instead of down, because of her combative behavior.

The rescue is still underway. Q2 will keep you updated.

BILLINGS – Billings first responders were kept busy on Sunday afternoon when another rescue was needed atop the Rimrocks.

The call came in around 3 p.m. Sunday after a female climbed up the Rims just off of Cactus Drive and was unable to climb down according to Fire Battalion Chief Jason Lyon.

Lyon also said that standby crews have been put on call in order to cover any city emergencies.

First responders arrived at the scene and belayed down to the ledge. This came only a couple of hours after a woman fell 50 feet near the Ironwood subdivision while mountain biking the Rims west of Billings.

The rescue is currently underway. Q2 will update with further information. 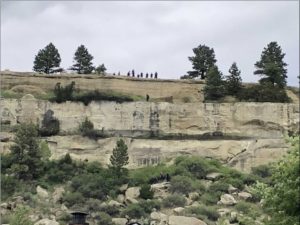