BILLINGS – As temperatures rise, it’s no secret that forest fires are a problem in our state.

Dylan Wichman will be a senior at Billings Central High School.

He has put in countless hours to create a method to predict and help prevent forest fires and other disasters.

“FASTCAT is an artificial intelligence algorithm that I created that predicts how big fires will get before they occur, and that’s basically beneficial because it allows departments to have resources stationed in the areas that have the chance to produce the most extreme fires,” Wichman said.

To use a neural network model, you have to “train it”.

The model then “learns” as it solves the algorithm, and as more data is input into it.

“The cool thing about neural networks is that they can solve basically any problem that we have data for. So with the advent of the internet we have access to basically unlimited data,” Wichman said.

Using OpenSource by Google, Wichman programmed a compilation of 3 separate databases to train the network, coupled with information gathered from a weather station-information including monthly moisture, vegetation, longitude, and latitude.

“The current system used was built in the 1980s and it’s a mathematical model that takes in inputs such as fuel moisture content, and a variety of other inputs and I just saw that there hasn’t been any innovation in this field for so long, we have such great technology like neural network, there’s no reason we shouldn’t apply them to something as serious as forest fires,” Wichman said.

Dylan classified three types of fires, based on acreage burned.

One event, in particular, motivated his work. 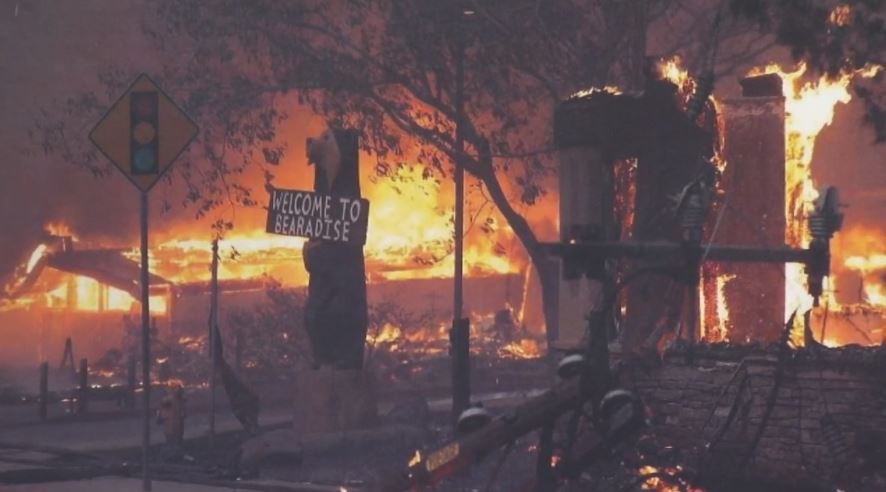 “When I was watching the news of the Paradise Fire, there were 85 people killed, and one of the facts that was kind of chilling to me was that they had 30 minutes from when they were told to evacuate to when the fire was basically there, so the traffic just got really backed up, and they were basically burned alive in their cars, so that was really something that motivated me,” Wichman said, “I was just thinking, ‘How is it in 2018 that we are allowing this to happen?’”.

With readily available data, the model could be applied internationally, and at no cost, which could benefit even developing countries.

“The reason that I feel my program is very beneficial is the inputs that it uses, we have infrastructure in place, we’re already gathering these inputs, so for someone like the United States, these developing countries, this could be instantly deployed on a nationwide scale, and be run completely autonomously without any human intervention,” Wichman said.

“This is also helpful to these developing countries because these inputs are so readily available, they don’t have to spend a lot of money like the prediction systems that we currently use that are very expensive that they wouldn’t be able to implement,” Wichman said.

The program doesn’t apply only to fires.

“In the future, I want to make something for flooding and that would definitely be something that would have a huge real-world impact as well, flooding tornadoes, you can basically use it to predict anything,” Wichman said.

Wichman earned a 2nd place award at the State Science Fair and took first at MSUB’s Regional fair. This earned him a spot at the International Science Fair.

“Motivating to be around some of the smartest kids in the entire world, seeing their projects,” Wichman said.

Eighteen-hundred kids from 80 different countries were in attendance.

Dylan took 3rd in his category and returned home inspired.

Dylan will continue work on his program as an “independent research class” with a professor at U-of-M next year.

“I was in the programming category, so I wanted to show that this has a lot of computer value, but it has a lot of real-world value because this could be used right now if departments wanted to take advantage of it,” Wichman said.

He hopes the forest service will integrate the model, and also hopes to someday apply it to the health-care field, using neural networks to solve and detect diseases.

“Something that I really want to go into is artificial intelligence in the health world, we could potentially solve a lot of these diseases that are currently incurable. So basically the cool thing about neural networks is that they can solve basically any problem that we have data for. So with the advent of the internet, we have access to basically unlimited data, so the hard part in the health world is that a lot of this data is private, a lot of this public data. But, there’s a public data set with these breast cancer images and there have been hundreds of people who just at their house take these images and build networks that could detect if the images contain breast cancer or not-which is really cool because you don’t need to be these huge companies to solve massive problems,” Wichman said.

His abstract can be found here:https://abstracts.societyforscience.org/Home/FullAbstract?Category=Any%20Category&AllAbstracts=True&FairCountry=Any%20Country&FairState=Any%20State&ProjectId=18280.