Hamburger.  Seasoned ground beef, grilled and placed between two slices of bread or a bun. Top with sauteed onions, peppers, pickles, sliced onions, or cheese. Add condiments such as ketchup, mustard or mayo. Any one of these combinations would create a modern American version a hamburger. 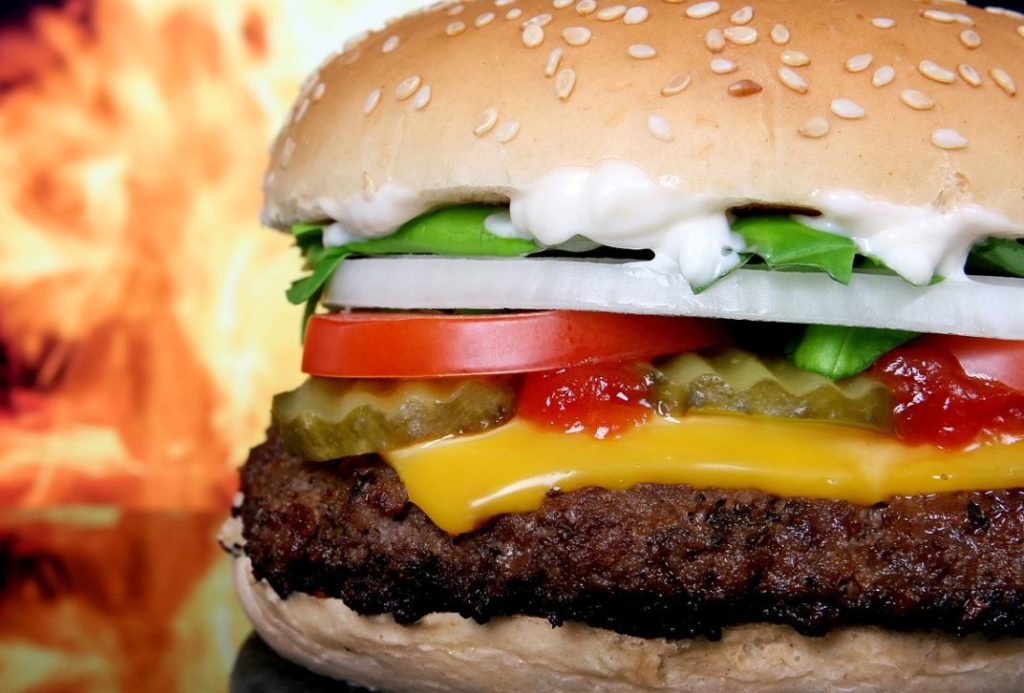 It is most likely that the hamburger sandwich first appeared in the 19th or early 20th centuries, but there is much controversy over its origin. Over the years, the hamburger has become a culinary icon in the United States.

The world’s largest hamburger was prepared on September 2, 2012, in Carlton, Minnesota by Black Bear Casino Resort and weighed in at 2,014 pounds.