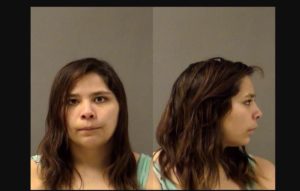 BILLINGS – Authorities are seeking a 21-year-old woman who walked away from the Passages Women’s Center Sunday night.

Echo Herrington is 5 feet 2 inches tall and weighs 130 pounds. She has brown hair and brown eyes.

Herrington was sentenced for Burglary and Theft out of Yellowstone County and arrived at the Passages program April 1.

The Department of Corrections asked that she be considered dangerous as she is facing a 10-year sentence for Felony Escape and should not be approached.

Information concerning her whereabouts should be reported to law enforcement immediately.