A black bear was hunted near Laurel after being spotted Wednesday morning.

Yellowstone County Sheriff’s deputies responded to a report of the bear around 7 am near the Pheasant Brook subdivsion.

A Fish, Wildlife and Parks game warden came out and determined it was a black bear and could be left alone.

Later, a hunter with a permit harvested the bear.

The bear is estimated to have been about three years old and weighed around 100 to 120 pounds.

“The hunting season for black bears is open right now,” said Bob Gibson, FWP communications manager. “It opened April 15, and it doesn’t close until the end of the month. In that area, there isn’t a quota for bears so it was perfectly legal to go hunt that bear.”

Gibson said at this time of year, it’s important to not leave things out that may attract bears.

He suggests not putting garbage out until the day it’s going to be picked up, not leaving barbecues out after cooking and not leaving pet food close to the home. 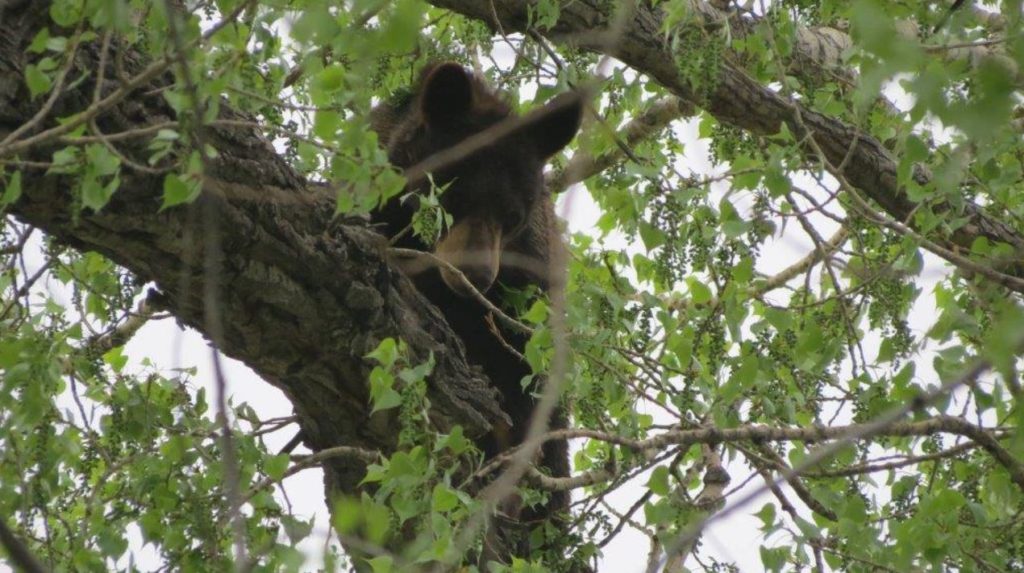 Update as of 0751 hours. Photo of black bear courtesy of Captain Michaelis. Fish and Game is on scene as well.

The sheriff’s office posted this note on Facebook shortly after 7 a.m.:

Deputies are currently out in the Laurel area on a bear sighting. The bear was first spotted in the Pheasant Brook Subdivision walking along the big ditch. Once deputies located the bear it, “Headed north at a dead run”.

Just a reminder that we still live in Montana. There are a bunch of unique and wild animals that we share this great state with.

At this time the bear poses no immediate danger to the community. Be vigilant and be aware of your surroundings.