Man falls down cliff while chasing dog in Billings Heights

BILLINGS- While chasing his dog, a man fell from a cliff at Earl Guss Park in Billings Heights Wednesday evening and was transported to a local hospital, authorities said.

The man was rescued after a 40-foot fall at the park off the Jim Dutcher Trail by Bench Boulevard after 6 p.m., Yellowstone County Sheriff’s Sgt. Ryan Taylor said. 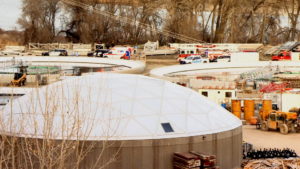 The man, described in his late 20s or early 30s, was walking around after the fall but was not coherent, Taylor said.

The man was walking from a parking lot with his girlfriend when the dog took off and went over an abrupt edge, Taylor said. The man, not realizing the steep drop, followed the dog, he said.

The dog appeared to be fine, Taylor said.