Update 3:30 p.m.- The family of Wayne Many Guns has confirmed he was found dead near Browning Monday.

Many Guns was last seen Thursday  and his family told MTN News he left in the middle of the night and never returned home.

A statewide Missing/Endangered Person Advisory for him was issued Monday morning. The Department of Justice canceled the MEPA at 2 p.m. Monday.

No details have been released concerning the cause of death.

Update 2:02 p.m. – Wayne Many Guns has been found, and the Missing/ Endangered Person Advisory has been canceled.

The Montana Department of Justice has issued a Missing/Endangered Person Advisory for a man who may be headed to the Billings area.

Wayne Roy Many Guns, 22 of Browning, may be attempting to travel to Lame Deer and is believed to be endangered due to exposure to harsh winter conditions. He has no vehicle and his judgment may be impaired by drug or alcohol use, the advisory states. He was last seen on Feb. 21.

Many Guns is described as a Native American male, 6-feet, 2-inches tall, 140 pounds with brown eyes and brown hair and a thin build.

His family told MTN he left in the middle of the night and never returned home.

“Nobody’s seen him since. Nobody has called,” said LaShinta Many Guns, Wayne’s sister. 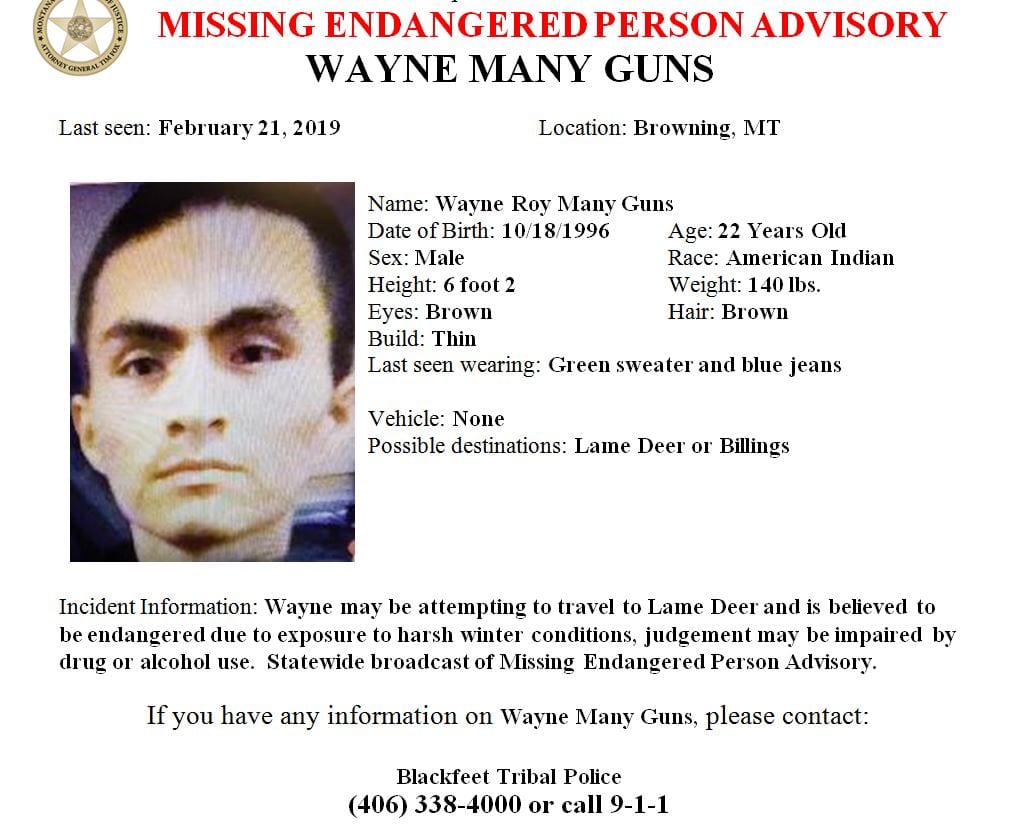