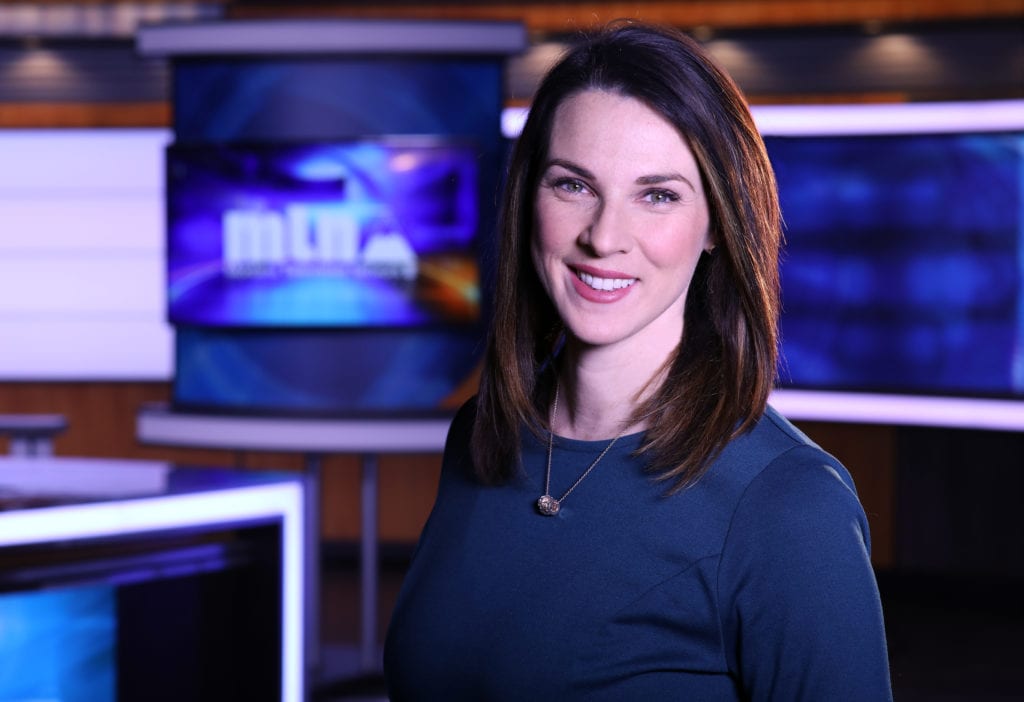 BILLINGS – Kalispell native and a familiar face on Montana televisions will take the anchor chair for MTN’s statewide Nine o’clock News on Thursday.

Andrea Lutz will serve as the anchor for the Montana Television Network’s evening newscast on Montana CW, which airs statewide.

“I am thrilled to be anchoring and leading a newscast that is focused on Montana as a whole,” she said. “Montana is a very dynamic state and many of us share the same values and concerns.”

The half-hour 9 p.m. news was launched in July 2018 and airs on Montana CW, MTN’s second digital channel in each market.

“Each night we dive into every major city in Montana to give critical information to our viewers and share interesting stories about those working and living in our state,” Lutz said.

Lutz returned to the Montana Television Network in August of 2018 to join CBS affiliate KTVQ in Billings, but this isn’t her first time with the company.

Lutz started her television career in the Flathead Valley serving as Bureau Chief of KAJ-TV after graduating from the University of Montana, School of Journalism in 2001.

Lutz then worked in Missoula at KPAX- TV before heading out of state to southern Idaho to join KTVB-TV where she worked as a reporter and anchor.

In 2015, Lutz moved back to Montana to serve as News Director for the ABC/FOX affiliates in Western Montana. Lutz was most recently morning anchor for Wake up Montana.

“Reporting the news and telling stories is my passion,” said Lutz. “But at the same time, Montana is the reason I am here, exploring and recreating on Montana lands is also a passion.”

Lutz is also set to get married in August of 2019. Her parents live in Kalispell while her fiancé and his family live in Billings.

Lutz will also still report locally for the Billings area. The CW 9 p.m. News was most recently anchored by Jeanelle Slade and Russ Riesinger and both will continue to serve as the primary evening anchors for KTVQ.