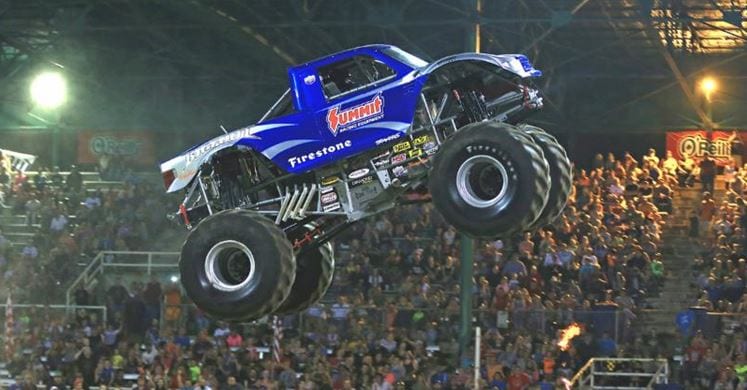 BILLINGS – The No Limits Monster Truck and Thrill Show wants to help federal employees affected by the recent government shutdown.

Ed Beckley, president of Checkered Flag Promotions, said federal employees will be given a free ticket to the show with every ticket purchased, according to a press release issued Thursday.

“The shutdown was hard on people and families,” said Beckley. “Our event is all about families and having fun. I want to give them a way to stretch their dollars and have a blast at the show.”

Purchases can be made at the MetraPark Box Office by showing a Federal Employee ID Card.

The Bad Boys of Professional Wrestling are joining the show for the first time ever.

“We’ve packed a lot of action into one night,” said Beckley. “We want everyone, especially those federal employees, to be able to come.”