BILLINGS – A local rancher legally shot and killed a wolf on his property on Tuesday.

It happened about 40 miles east of Billings and north of the Yellowstone River.

According Fish, Wildlife and Parks, wolves travel hundreds of miles looking for a mate.

“Ranchers are allowed to protect their property, their livestock, their pets, their herd dogs and other people,” said Bob Gibson, Montana FWP Communication & Program Manager.  “And they’re allowed to do that and they can legally do that. In this case there wasn’t any question about it because whether the wolf was attacking the cattle or not didn’t matter. The rancher had a wolf tag, harvested the wolf and that was all there was.”

Gibson said wolves have been seen away from traditional areas near Yellowstone National Park and in western Montana.

“That’s a direct result of having enough wolves in the real core habitat,” Gibson said.  “At some point those (wolf) populations get big enough that the wolves get pushed out into areas that are more populated (with people).  Certainly the population in Montana and in these ecosystems is healthy and sustainable now.”

Gibson said the wolf hunted by the rancher was very healthy and was not starving.

A hunter harvested a wolf in Glasgow on January 9 and last year a small pack made its way from Wyoming to south of Joliet. 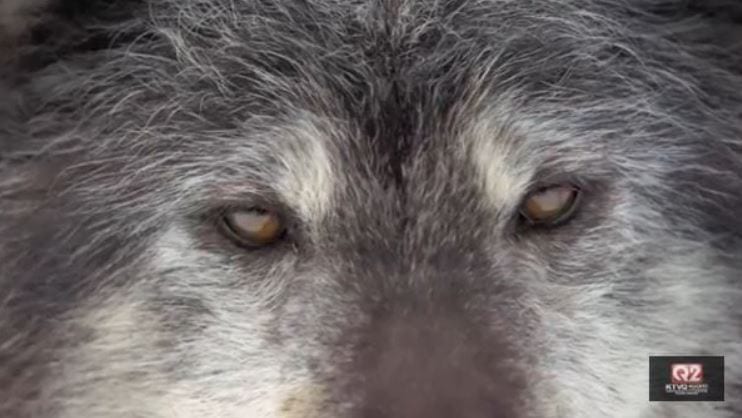 According to the 2017 Montana Gray Wolf Program Annual Report, population estimates suggest there are approximately 900 wolves in Montana, with an annual wolf harvest that averages about 225 animals.  During the 2017-2018 wolf season, 255 wolves were harvested: 65 percent hunting, 35 percent trapping. Approximately, $380,000 was generated for wolf conservation and management by wolf license sales.

Wolves may be hunted throughout the state, with a season from Sept. 2 through March 15.  Hunting wolves requires a wolf license, which can be purchased over the counter for $19 (resident) or $50 (nonresident).

Wolves may also be trapped ($20 resident, $1 resident landowner, $250 nonresident) from Dec. 15-Feb. 28.  Completion of either the Idaho or Montana wolf trapping certification class is mandatory.  Persons could take a combination of up to five wolves via hunting and/or trapping.

Wolf sightings do periodically happen in eastern Montana, but currently no wolf packs are known to exist in the eastern side of the state.

Though curious, wolves generally fear people and rarely pose a threat. Wolf attacks on people are rare compared to other wildlife species. Most are preventable. Habituation to people, conditioning to human foods, rabies and the presence of domestic dogs generally are contributing factors.

It is also unusual for wild wolves to associate or interact with people, linger near buildings, livestock, or domestic dogs. This behavior is more typical of a habituated or food-conditioned animal, a released captive wolf, or a released wolf-dog hybrid.

To learn more about Montana’s wolf population, visit FWP online at fwp.mt.gov and follow the links to “Fish & Wildlife” and “Wolf.”