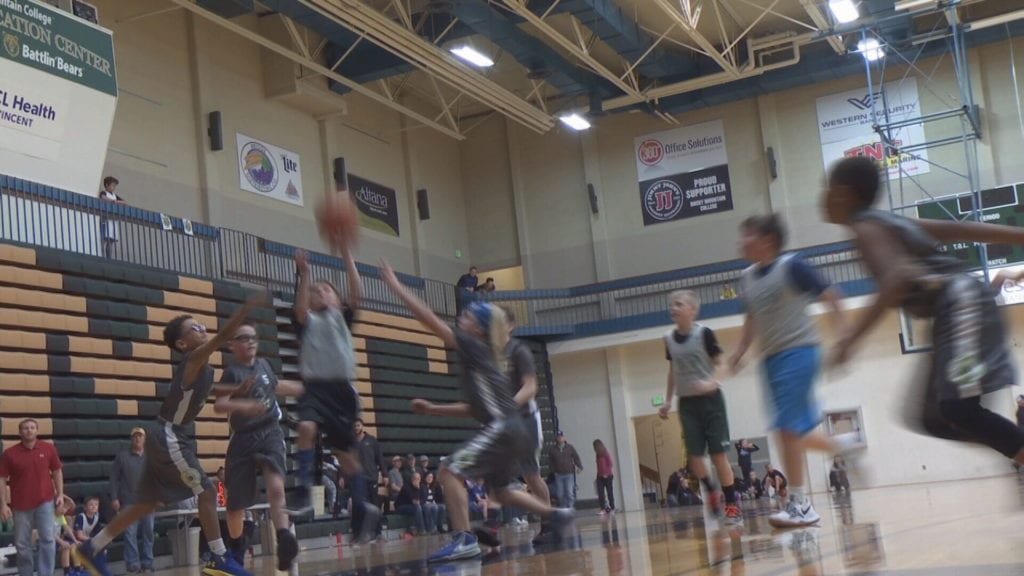 Thirty boys and girls teams from Montana and out of state competed in the tournament at Rocky Mountain College’s Fortin Gym.

Fourth, fifth and sixth graders make up the teams.

“It’s an amazing event because it’s the first one and it really kicked off really well,” said Darwin George of the West End Billings Exchange Club. “But we’re having kids get involved and we’re having them help kids that aren’t as fortunate to be able to play ball. The one thing that we’ve all talked about is how polite these kids are and the talent that they have.”

The club started in June and helps youth, veterans, the community and works for the prevention of child abuse and neglect.

The money raised will help some of these groups.

“We have the ability, we see what the needs are and we just want to help kids,” George said.

The club hopes to have a 48 team tournament next year.