BILLINGS- Montana was recently named a top producer of craft beer, and soon another place will be open in Billings to enjoy it.

Yellowstone Valley Brewing changed owners months ago and since has been renovating the inside of one of Billings’ most iconic breweries. 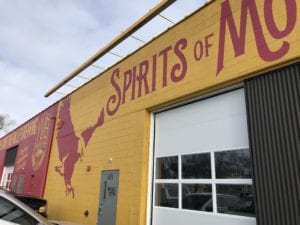 Some have probably noticed a change from the outside: a brand new paint job shows a bright yellow and red entrance located in downtown Billings on First Avenue North.

However what folks love about the inside of Yellowstone Valley Brewing will stay the same, such as the “garage-style” atmosphere and of course, the beer.

Friday was a big day as the brewery started brewing again months after going dark.

Black Widow Stout is the first batch, and one of the most requested brews Yellowstone offers.

The brewery and its distilling operations were purchased in July by Mike Mathew and Kay Foster, and they hired Lynch to aid in the operations of the business. Lynch is the owner of the Pub Station just across the street in downtown Billings.

When you get inside, you’ll notice things are a bit different. 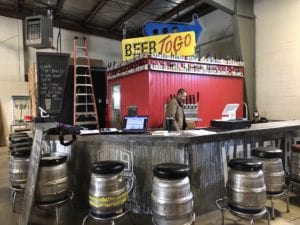 Lynch said they did some cleanup and made some repairs to equipment. After some time, everything is up to code, they said.

“We are focusing on the beer right now,” said Lynch. “State and federal law say that they have to be separate, so we have a distillery and a brewery. They are not the same even though they are in the same building.”

Kai Walker is the distiller for Spirits of Montana and was there Friday for the inaugural beer-making session. However, as the beer process started, the massive intricate copper distiller sat quietly.

“The government shutdown has hindered a bit,” said Walker.  Walker who moved up to Montana two months ago from Missouri and says his love for making liquor started when he was working in finance. His outlet for such a stressful job was making moonshine on his Missouri farm.

Walker said he is waiting on federal approvals from the Tobacco Tax Trade Bureau to start distilling. He says they will start with vodka and gin and move onto moonshine.

However, by the time the brewery opens, Lynch anticipates the distillery also opening for business at the same time.

The bar has moved locations slightly, inside the brewery. The distillery is through a separate entrance and the space for bands is in its same location, something that was important to Lynch to keep going at the brewery.

“We have a pretty good line up to start this thing off,” said Lynch.“We are really looking forward to opening.”

So when is the big opening day? Lynch said customers should pay close attention to the Yellowstone Valley Brewing Facebook page as they will announce their opening date soon.

However, Q2 News has learned it will likely be sometime in the end of January and after the reopening, there is much more in store for beer lovers.

“You will start to see the product on bars and restaurant as well,” said Lynch.

He anticipates having a canning line for their most popular beers started sometime in the spring.

“The excitement level is very high I am hoping people love it when they come in here. We have made some changes but we think for the better,” said Lynch.