As car thefts in Billings reach a high, a new device to track your car is flying off the shelves

BILLINGS- Car thefts continue to be a major issue in Billings, but what if you could install a device to track where your car was taken?

It’s called “Hum,” and representatives with Billings Cellular Plus say the product is flying off the shelves this Christmas, especially in Billings.

Hum is a little device shaped like a box that connects into your car. 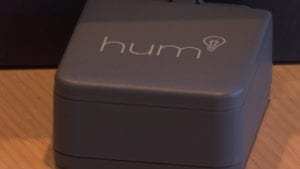 Billings Cellular Plus District Manager Elisa Brooks said the device is putting a lot of people’s minds at ease as more car thefts are reported in the city.

She says customers have purchased the device and she’s since heard good feedback.

“We had a couple that had it for a little over a week, and their vehicle was stolen. Luckily it was just some kids messing around, but it was found two streets over parked on the side of the road,” said Brooks. “We may have looked for that forever, but they just had to open up the app on their phone and it was located within a minute.”

She said Hum is impacting all aspects of life, not just being used in theft cases.

“We put it on your account and get it installed,” she said. “It then alerts you on issues with the car, if a filter needs to be replaced or a  fuse replaced.”

Much like OnStar, the Hum runs off your vehicle diagnostics in your car. It can give you alerts about speed, a flat tire, and a dead battery, even before you get inside your car to leave in the morning for work.

Brooks says Hum might be a great Christmas gift this year, especially living in Billings at a time when car thefts are being reported to police at a high volume.

“Just for safety reasons, if you are concerned about your car,” she said.  “You wake up and you find your car is gone, you open the app on your phone and you can find where your car is.”

Hum is designed for parents too, with its feature called a boundary alert, which can notify a parent if their teen driver has moved beyond of a programmed area or if they’ve hit a speed faster than a certain setting.

Brooks said that while people are coming into their stores to purchase tablets and internet devices this Christmas, the Hum has been the biggest sale this year.

Hum is available with or without a cellular plan, according to Brooks, although customers will need to sign up for a plan to add the device.