‘Nothing went unsaid’ Lockwood family grieves and focuses on business after father, husband dies in crash

\BILLINGS- A Lockwood family is trying to pick up the pieces and move forward after losing a husband, father and business owner in a car crash that also left a teen dead.

Mike Oedekoven, 56, was killed in a head-on crash last Thursday morning on Highway 310 when 16-year-old Paul McKay, a sophomore who attended Joliet High school, crossed over into Oedekoven’s lane.

Both died on impact.

Mike Oedekoven was on his way to a job site in the Pryor area that day traveling in the family’s beloved work truck, a 1997 Ford.

“It’s sad that Mike was on his way to a job, a job that he was so happy about because it was a grading job. It was out on the Pryors, it was out in the middle of nowhere and he was in a piece of equipment he loved operating,” Mike’s wife, Melinda, said Monday. 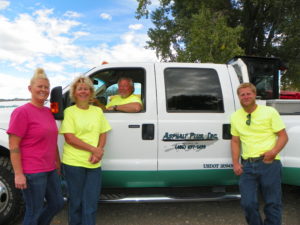 Mike and Melinda started Asphalt Plus Inc. in Lockwood 13 years ago. It soon became a family business by the time their three kids were old enough to work.

She said Mike always wanted to work in civil construction and made a successful career in the Billings area.

“It was his dream to start the business. To be honest, I thought when we started this business that my life wouldn’t change very much. Then, it became my dream, and it’s our dream,” said Melinda.

Through the grief and funeral arrangments, Melinda took some time Monday to look at pictures of Mike and share memories with her three kids and grandkids at their Lockwood business.

But she tries not to think about the fact that Mike is gone.

“I can’t think about this. I just need to keep going,” she said.

Work and family especially her grandkids, help to keep her mind busy. 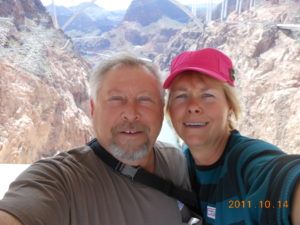 Melinda married Mike 34 years ago. They were high school sweethearts, and Melinda says they shared so many things during their lives together, even a birthday.

“He carried his heart on his sleeve,” she said. “No one knew him as I did.”

She talked about how talented he was, how he used to design Valentine’s Day cards for the kids every year.  She said he could draw, sing, play the guitar and did wonderful woodworking projects.

However, Melinda recalls his humor as one of his greatest traits. She said his quick wit was rare and unique.

“If texted me or called me and he might have forgotten his boots and I’d say, ‘Mike, you forgot your boots,’ and he’d say, ‘well I got my pants,’” she laughed. 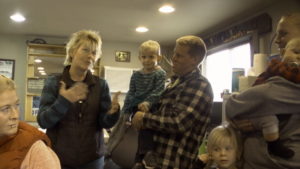 As for the family business, Melinda assures their customers that any scheduled jobs will still get done.

She said as a family, they will move forward.

“We will finish our jobs this year, and I feel so fortunate that we still have jobs to finish this year,” she said.

However, as focused as Melinda is on the family business and finishing projects, she has her moments, especially when she thinks back at the four decades they were together.

“He is constantly here. I’ve been with him for 40 years, and so I tell myself stop thinking of him. Don’t think.” she said.

“I washed his laundry this weekend and I folded his socks and folding his socks was tough. I washed his shirt and I hung it up and it’s just those things are tough.”

She also thinks about the days leading up to Mike’s death and how grateful she is that they had that time together.

“I wish I had him 10 more years, but nothing went unsaid between him and his kids, him and me,” she said.

She said in the last five days before he died, the family had a great time together, celebrating their daughter’s birthday and going to a pumpkin patch. 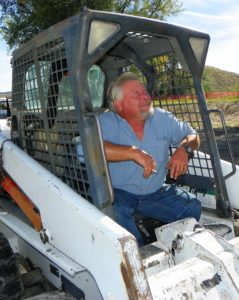